PlayStation 5 – The Pros And Cons

The PlayStation 5 has officially launched, ushering in a new generation of gaming for the Sony brand. That said, finding one could prove difficult, due to the company’s lack of a comprehensive pre-order program. Still, at some point, you should be able to get your hands on one, be it the all-digital model or the one that accepts discs.
So what are the in’s and out’s of the PlayStation 5? Let’s take a rundown of the good and bad aspects before you put it in your living room or gaming cave.

Pro: Incredible Build For Power
While some folks mock the PlayStation 5’s somewhat awkward design, Sony has spared no expense to make this its most powerful console to date. It loads games off of a speedy SSD drive; it supports ray tracing with its power GPU on most PS5 titles; and it finally supports 4K Ultra HD Blu-Ray discs, a feature that was sorely missing in the PlayStation 4. Not to mention its AudioTech should send ripples throughout the industry on how to do game audio the right way; and its visuals should be second to none when it comes to most of its titles, running at a smooth 60 frames per second.

Con: Massive Size
While the PlayStation 5 has a lot under the hood, there’s a certain sacrifice that comes with that – the lack of space. The PS5 is a huge system, one with a black and white design that’s sleek, but also demanding when it comes to putting it in your home entertainment center. In fact, if you’re not careful, it could easily eclipse your shelf space and leave you high and dry when it comes to where you put your controller and games.
Not only that, but a few folks mocked the design as well, with its weird cape-like design (think Doctor Strange) and its odd shape when sitting it on its side. Granted, you’re not going to be looking at the system when you’re playing the games, but there’s no denying its sheer bulkiness.

Pro: Strong Launch Line-up
While it’s not the huge line-up that most people are expecting from Sony, the PlayStation 5 launch line-up is impressive nevertheless. This includes exclusive first-party games like Marvel’s
Spider-Man: Miles Morales, Sackboy: A Big Adventure and a very impressive remake of the classic Demon’s Souls. Not only that, but there are other big hits on the way next year, including a new Ratchet and Clank adventure and the long-awaited follow-up to Horizon: Zero Dawn. Not to mention a bunch of third-party favorites. So no matter what you’re in the mood to play, Sony has you covered. Not to mention the PlayStation Plus collection, featured in the trailer below.

Con: Lacking Backward Compatibility
Though the Xbox Series X/S systems are lacking when it comes to first party hits, they score a home run in one particular department – backward compatibility. A number of Xbox, Xbox 360 and Xbox One games are supported by the console, opening up lots of opportunities.
But on the PlayStation 5? Not so much. It does support a ton of PlayStation 4 games, and makes them perform even better in some circumstances. However, all those rumors about support for earlier generations of games? That bit the dust long ago. There is a slight chance it could resurface in the future. But, for now, there’s not as many games to choose from as there is on the Xbox systems.
It beats nothing, of course. But if you were hoping to play some PS2 classics on your shiny new hardware, your only choice is to go with the previously released digital ones. 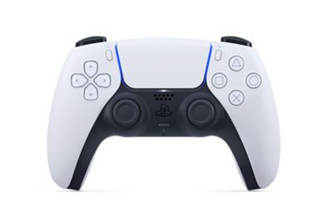 Pro: The PlaySense Controller
Aside from some snafus with the DualShock 3 (and its damn triggers), Sony knows how to design a great controller. And the PlaySense could be its biggest accomplishment to date, with dynamically enhanced Haptic feedback and a number of other features that make each game experience feel natural and compelling. Even older games like God of War and Days Gone support the controller to one extent or another, making it a must-have alongside the PS5 hardware. And who knows, it could expand even further in the future.

Con: Limited Availability
Like the Xbox Series systems, availability for the PlayStation 5 will likely be very limited come the holiday season. As we explained above, Sony didn’t exactly set the world on fire with its flawed pre-order program; and once it’s released, it’ll likely see top dollar with scalpers, depending on what units are left. Still, to some, it might just be worth the extra investment. For others, tho, you’ll probably just have to wait until availability ramps up sometime in 2021. By then, we’ll see more potentially great games on the market, so it might just be worth it.
Otherwise, if you want to usher in next-gen, you better be ready to pay a next-gen price.

We’re giving away two PS5’s this holiday season! You can learn more about those details at this link.