Far Cry 6 Could Be The Strongest Entry Yet

Earlier this week, Ubisoft held its online Connect special, where it finally confirmed that the latest chapter in the Far Cry series, Far Cry 6, is on the way. In addition, it also noted that Giancarlo Esposito would star as the main villain in the game. But now, more details have come to light, giving us an idea of what could be in store with the best Far Cry game to date. Yes, that’s including what was already accomplished with Far Cry 5 and Far Cry 3: Blood Dragon. 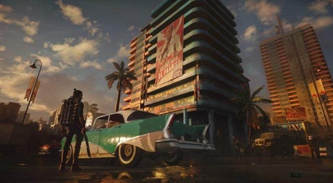 Instead of taking place in the Heartland like Far Cry 5 did, Far Cry 6’s location is Yara, a city that resembles Cuba in a way. It’s known for both its rural villages and large downtown area, where its leader, Gustavo Fring, currently dwells in his domain. Not all is well in the land of Yara, however. A revolution is underway, with several freedom fighters looking to show Fring a thing or two when it comes to his tyrannical rule. But, as you can see in the trailer below, he seems unphased by it, as he attempts to groom his young son to take over for him one day – complete with grenade in hand.

We’ve included the first screenshots for the game within this story. As you can see, it’ll take you across a vast land – perhaps the biggest we’ve seen in a Far Cry game to date. Though we haven’t seen it in action just yet, there’s a good chance that you’ll be able to traverse in a number of ways, such as on foot or with a vehicle. Hopefully we’ll get a chance to ride a horse as well because, hey, freedom fighting, right?

A Different Perspective In Story 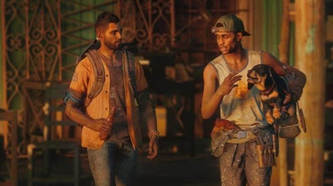 For the first time ever, Far Cry 6 will actually feature third-person cutscenes. That means your character will actually be visible on-screen, whereas in the past we’ve only seen characters talk to you in the first-person perspective. This should provide an opportunity to get to know your soldier better, as well as what they could potentially bring to the table when it comes to this particular revolution.
Your character is Dani Rojas, a freedom fighter who knows just how vicious Fring and his son can be. There’s a neat twist with this game, though. Instead of simply going with a default character, you have the choice between male and female. (Dani’s a pretty universal name, after all.)

You can possibly customize them as well, adding a personal touch as you take on Fring’s enemy forces, as well as other adversaries you may come across in Yara. You’ll learn more about what drives Rojas and his/her colleagues as they continue on their journey, with Fring bumping up his efforts as well to quell your little brigade. It’ll keep the game interesting as time goes on.

The Weapons Look Incredible
Again, we have yet to see Far Cry 6 in action. But the screenshots are very promising, particularly when it comes to showing off the hardware you’ll use within the game. One shot shows what appears to be a small portable cannon, or some variation of a flamethrower – complete with a homemade targeting scope. This looks to be inspired by some of the wild weaponry we saw in Far Cry: New Dawn, where you could literally assemble your own style of gun when you find crafting sections. More than likely, this aspect of the game will return for Far Cry 6.
Traditional guns also look to be part of the game, including an assault rifle that should have a high capacity of ammunition. This should make it a bit easier to deal with Fring’s powerful forces. 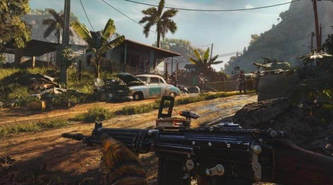 Still a Ways Out, But This Far Cry Has Potential
Even though it’ll still be a few months before we see it in action, Far Cry 6 should be an amazing entry in the long-running series. Esposito should have no trouble chewing up the dialogue as a
key villain; and the gameplay should be flat-out bonkers like the previous entries, but with its own degree of new content. We’ll see how it fares when it arrives on February 21, 2021 for Xbox Series X, PlayStation 5, PlayStation 4, Xbox One and PC.