As the title prepares for its final update, we look back at the heroic hiccup.

As we move into the new generation, many will probably look back at this last one as one filled with a number of triumphs and failures. Among those failures, curiously enough, is Marvel’s Avengers, Square Enix’s attempt to jump into the Marvel superhero fray with a number of stars.
When the game released, it had a great deal of potential, thanks to a strong single-player story and multiplayer missions for friends to take on with one another. But it also had a handful of issues that were hard to ignore.
As the title prepares for its final update this March before Crystal Dynamics cuts off development completely this September, we thought we’d take a look back at the game and ask the question, “Was it really that bad?” Well, to be honest, there was a lot of fun, but there was also some stuff that couldn’t be ignored.

Wait, How Much?!
First off, the big thing that bothered a lot of players with Marvel’s Avengers were the microtransactions. While these were mostly limited to the cosmetics involved with your characters, some of them were absolutely ridiculous. For instance, one featuring a helmet-less
Thor actually ran as high as $18. For a skin. We haven’t seen that kind of gouging since people were selling Fortnite DLC codes on eBay. And some of them were true collector items, including special suits and other goods straight out of the comics.
That wouldn’t be so disappointing if it weren’t for one thing. When the game initially launched, promises were made that the game wouldn’t be overloaded with microtransactions. Alas, shortly after its arrival, Square Enix went back on its word and loaded the store with all kind of goods to purchase. Again, optional, as you could enjoy the core game for what it was and not be bothered. But the fact that the developer and publisher did very little to stay true to the community left them a bit jaded.
The game was still entertaining, but when the microtransactions cast a shadow over the show, they’re hard to ignore.

Where’s the Content?
Over the course of the two and a half years in the game’s release, Marvel’s Avengers saw a total of 10 heroes added to the package. That included Black Panther and a superb Wakanda expansion, both of which were free to all players. However, in hindsight, that’s a bit limited compared to what Crystal Dynamics’ larger scope was.
The company promised a myriad of heroes joining the fray, including She-Hulk, who was part of the initial development but never panned out for the final release. Not to mention that one of the bigger superheroes, Spider-Man, was exclusive to the PlayStation platforms, likely due to Sony’s previous arrangement with Marvel.
There were also Operations and other pieces of content to unlock, as well as new missions to take on with your friends. But the small cast of characters was a bit hard to ignore, especially considering just how vast the Marvel universe really is. We understand why the Guardians of the Galaxy didn’t make the cut, since they had their own game; but that doesn’t explain the void left. Not to mention that two of the characters, Hawkeye and Kate Bishop, were about the same in nature.
Crystal Dynamics probably could’ve done further research on expansions and more diverse characters to keep things interesting in the Marvel universe. Without that, you could only go so far with who was offered within the game. Again, still fun, but limited. 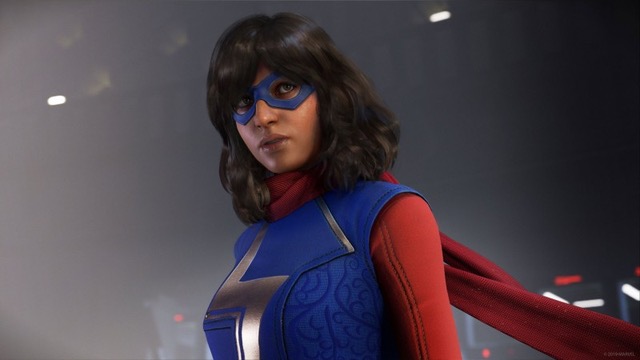 Multiplayer Didn’t Expand
Finally, let’s talk about multiplayer. While it was great to complete the missions that were available in the game, they just didn’t offer the overall diversity needed to expand the Marvel’s Avengers universe.
We’re talking about the co-op missions in which you and several buddies cleared out rooms and took on occasional larger enemies to complete the job. These were fun, and you unlocked some cool gear along the way. But they never really grew into a number of modes to keep players interested. They were just “let’s save this place” and “let’s save these people” and…well, that’s really about it.
They weren’t bad, to say the least. But for a big-budget game, they just didn’t spread out like we thought they would. And that tired out the community rather quickly.

Avengers, We Hardly Knew Ye
When Marvel’s Avengers first came out, we provided pretty good praise for it. It was a good time, leaving potential for something more down the road. And while we did get it, there just wasn’t enough of it. And now, as a result, Crystal Dynamics is calling it a day for the heroes.
You can still jump in and join the party, as the game is available for relatively cheap, and also available on demand through Game Pass. It’ll likely be on PlayStation Plus Premium as well. And those that do play it can take advantage of several items that will be available in the shop free of charge with the final March update. (Some outfits probably withstanding, but who knows.) Crystal Dynamics tried its heart out, but at the end of the day, Avengers couldn’t overcome the problems with microtransactions, as well as the lack of certain content. It’s still a fun romp for anyone that can get their hands on it for cheap. But as far as being a superhero effort in the world of video games, it just couldn’t keep up with the competition.

Want a new console to play Marvel’s Avengers on? We’re giving one away!