The hunt is on!

After making an impressive dent on the Nintendo Switch market for quite a while, Monster Hunter Rise has finally arrived on other consoles, allowing Xbox and PlayStation owners to finally join in the hunt. But is the port an improved one over the impressive Switch brethren? Well, the gameplay’s about the same, but Capcom does put its heart into making both the PlayStation 5 and Xbox Series S/X versions shine, particularly when it comes to the smooth visuals. But, more importantly, the co-op gameplay remains an absolute delight, especially as you cut into magnificent beasts. It could use some cross-play support (and where’s Sunbreak?), but as it stands, it’s an impressive foray into a fantasy world.

The Hunt Begins
You’ll take a while to get started in this world, as you create your hunter, their loyal steed/dog, their Calico cat assistant and other little things. Then, after learning the basics with movement and combat, you’ll be thrust into the hunt, where unpredictable monsters will take a beating before falling at your feet.
The game does take a while to get started, but this is a good time to get invested in the system and, more importantly, the tools available to you. You can really power up and unlock cool new weapons and armor here, and really make your hunter a force to be reckoned with. Not to mention that you can get together a good crew of fellow Hunters for online play, which works like a charm on both platforms. There’s no cross-play sadly (yet, anyway), but the game still operates with little problem.
Plus Rise gives you a lot to do. Along with mastering swift gameplay techniques, you’ll also be thrown into some challenging battles. You’ll also see some things open up in your hub, in case you want to try something new for your party. Alas, there’s no Sunbreak content just yet (soon, I hope?), but the base game gives you enough to do. 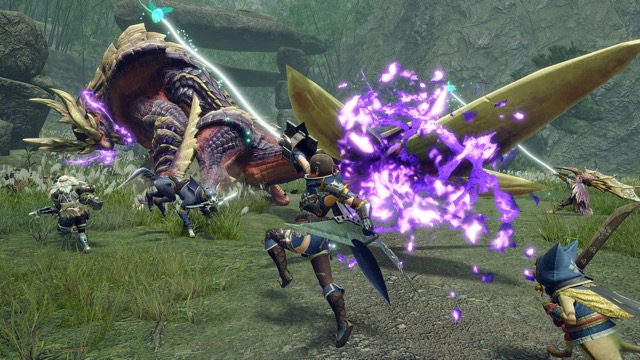 A Swell Upgrade
The Switch port of Rise is no slouch, but it’s easy to notice the changes that come with the game’s arrival on next-gen consoles. The beautiful 60 frames per second presentation is smooth throughout, though tougher battles may bring the speed down just a hint. The monsters themselves are radiantly designed, beasts of nature that are hard to predict in some cases. And the worlds they dwell in are wonderfully detailed, and may even hide a secret or two.
The audio is good as well. The adventuresome music is a great listen; and the voicework isn’t bad, though it’s also not really high-caliber either. No matter, the beasts sound great and really make fine use to stereo sound. If you’ve got a good 4K TV or headset, make sure you crank the volume for this one. You won’t be sorry. 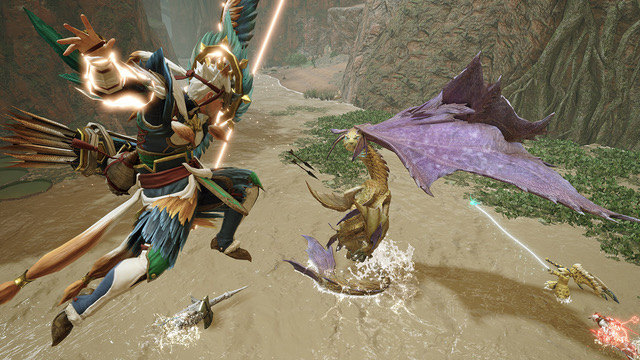 Rise-ing To the Occasion
For a port, Monster Hunter Rise truly satisfies. While it’s hardly a complete package without crossplay support or the addition of Sunbreak, there’s enough suitable goodness to hack your way through here. The gameplay is challenging and keeps you working for greater goods; the visuals look excellent throughout; and playing with a group of friends never gets old. Plus it’s on Xbox Game Pass, so some of you can even play it for free.
This hunt’s definitely worth digging into. Besides, we don’t know when the next Monster Hunter game will arrive, so enjoy the Rise.

The Bottom Line:
Nicely ported from the Nintendo Switch, Monster Hunter Rise is bound to find a bigger audience on the Xbox/PlayStation front. And how!

Need a fresh new console to play Monster Hunter Rise on? We’re giving one away! 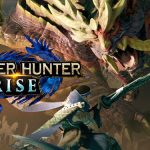