We Need a Remaster of The Simpsons Hit & Run

Licensed games are usually a dime a dozen, and there was a whole clutter of them in the 90s and 2000s that we’d rather forget about. However, then there are those gems that truly stand the test of time – and make you wonder what happened to them.
One such game is The Simpsons: Hit & Run, which came out in 2003 under the development team at Radical Entertainment (remember them?!) and the publishers at Vivendi. At a time when Grand Theft Auto III clones were following so close to formula, this game came and changed the whole vanguard of what to expect from such a thing. It still remains a classic 20 – something years later.
And yet, with Radical Entertainment long gone and The Simpsons rights up in the air, there hasn’t been much talk about the return of Hit & Run. However, little signs have begun to emerge, leaving us wondering…is now the time for a comeback of this lost little gem? The answer is yes.

And again, this was made by a fan. In about a week’s time. Imagine what a whole team of talented developers could do with it.
This demo has created a great deal of buzz over the past few months, and the original producer of the game has even expressed interest in working on a remaster, though, surprise, no one has really stepped forward yet.
But then there are other little bits of joy. A petition put together last year saw thousands of fans sign on, demanding that a remake become a reality. The soundtrack just became available on both Spotify and Apple Music Store, fueling potential rumors about the game’s comeback. (Nothing official yet, though.) And then there are the YouTube videos featuring classic gameplay that have a ton of viewers, indicating a great deal of attention in the game.
There’s just so much going for it. But that brings up a rather interesting question – even if someone had the idea to bring it back, could it?

Who’s Got the Rights?
Back then, the game was published by Vivendi, which has since gone away, and developed by Radical Entertainment, also gone. So if it were to be done, a new developer and publisher would need to step up. But first, there are the rights to consider. They’re under 20th Century Entertainment, which is now a part of the Disney family. So if the rights were to be attained, someone would have to likely go through the Mouse House to get the job done. Still, it’s not impossible – Arcade1up got the rights to The Simpsons for its two-arcade-game home release and it’s performed admirably well in sales. 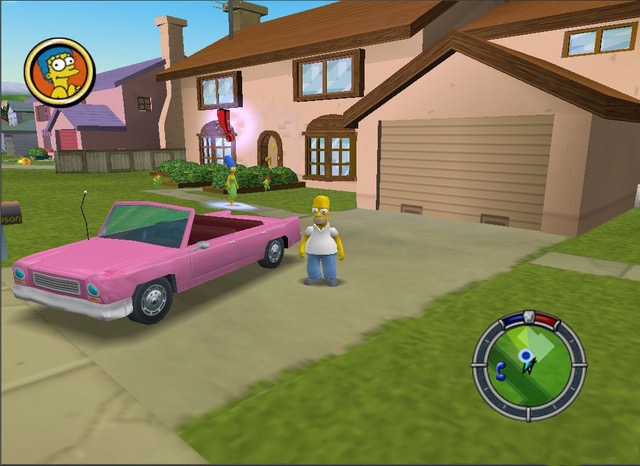 Next up, you have to wonder if Activision Blizzard has to get involved. Vivendi did get absorbed into the company alongside its assets, including Crash Bandicoot and Spyro the Dragon, years ago, so more than likely, Hit & Run could possibly be a part of that. But then again, maybe it’s Disney’s baby now, so they’ll have to provide the answer.
And then there’s the engine. The old engine could be nothing more than a memory, thanks to the folding of Radical. However, as you see from the Unreal Engine 5 tech demo above, a new one could be built very easily.
Finally, there’s the rights to the show itself, as well as the actors and what-not. There would no doubt be royalties to pay. However, given the game’s popularity, we can’t see any reason why they wouldn’t make money back on it. People love Hit & Run that much, and, for a reasonable price, it could easily sell millions of copies. If done the right way, of course.

The Possibility Is There
Had there not been the popularity behind the game – as well as the official soundtrack release and the appearance of an Unreal Engine 5 demo – we probably would’ve doubted seeing Hit & Run again. Now, however? You can bet that someone at Disney is likely paying attention; and it wouldn’t be a surprise if we saw some major publisher pair with them to bring the game roaring back. Fingers crossed, because we need our Homer!
Enjoy the classic trailer below!

Wouldn’t it be great to play The Simpsons: Hit & Run on a new, free console? Because we’re giving one away!