There’s doing a game that has a “retro” style of play, and then there’s doing a game that’s a little too simplistic for its own good. OMEGACORE’s Hellbreachers is such a game, built on a great deal of potential but offering little value. And what’s worse, one of the core features advertised in its trailer (see below) isn’t even included to a proper extent.
Now, the game is only $5, so for that price, it’s not like you’re losing a tremendous amount of money. However, considering the basic approach here, there are so many better games to buy – and ones that actually deliver on their promises, if you will.

Enter the Hellbreachers
The game features three different characters, each with their own special techniques. One is a master of the melee attack; one helps delivers blows from a distance; and one can cast spells that can leave a great deal of damage. So it’s essentially The Lost Vikings concept, which usually works well in games.
But there are two problems here. The first is that the gameplay isn’t really that challenging. Even bosses are a pushover. The whole thing just feels like it’s off, between iffy hit detection and level design that just doesn’t motivate you to do any exploring. And even if you are given such a task, it just feels like there’s little reward for it.
And that leads to the big problem with Hellbreachers. There’s a role-playing progression system reportedly included here, but…it doesn’t seem to feel like a main feature. Like, you pick up items but you don’t have any proper way to implement them and make progress with the same character. You’re just doing your same old thing. Had the game not promised that at the beginning, I probably wouldn’t have minded so much.
But when you say you can level up a character in a game such as this, you level them up. Otherwise, it just feels like a selling point that shouldn’t be there. It’s like promising a car will come with a CD player and then you stick it with the same old 8-track. 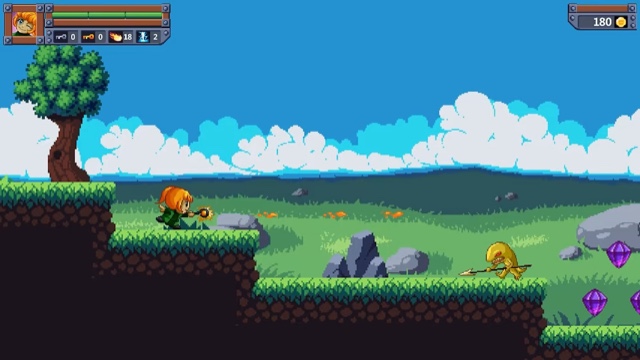 It Looks Okay, But That’s About It
OMEGACORE did do a pretty good job with Hellbreachers’ visuals, but not amazing. The characters are cute and some of the backgrounds do have some medieval imagination behind them. But they’re just so plainly presented, like the game was slapped together at the last minute prior to its release. It’s also quite janky at times; and there are instances where you’ll jump out into nothingness and land right on an enemy. We’ve had that happen wayyyy too many times.
On top of that, the music is nothing to write home about. It’s just typical background fare with very little motivation. The sound effects are just as weak, failing to deliver on any front. Maybe voicework would’ve done some magic here, but I don’t think the guys had the budget for it. 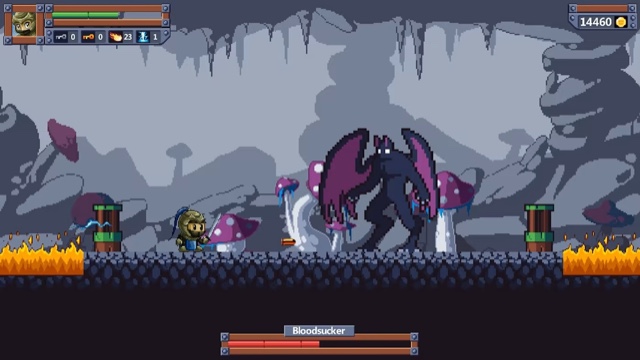 Leave This Hell Behind
There’s very little to recommend with Hellbreachers. Its price is a good sticking point, but there are so many other great games you can get for a five spot right now. The fact that this game just really can’t get anything nailed right outside of that is a bit depressing, honestly. All I can say is you shouldn’t endure yourself to this kind of hell in the least. Go after another platformer and enjoy that.

The Bottom Line:
Even if you’re tempted by the cheap price, don’t bother with Hellbreachers. It’s an example on how you shouldn’t put a game together, in damn near every aspect.

Do you need a new game console? Because we’re giving one away! 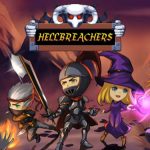