Look at this little guy go.

Remember the good ol’ days when you were a carefree kid and the world was yours? When you simply wanted to imagine being a hero or a bad guy and used cardboard cutout swords or other little props to get the point across? Those were the days.
And apparently MegaWobble remembers these days, as it has managed to capture them with the imaginatively fun Lil Gator Game. This game may not have a huge set of plot points to follow, or even a massive endgame in store. But when it comes to just having fun – no matter what your age may be – this gator definitely has some bite. 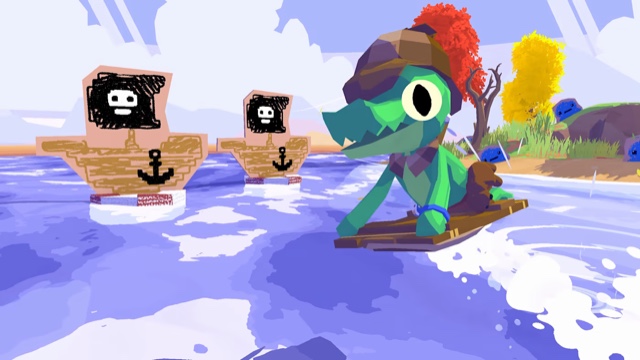 A Lil Gator Goes a Long Way
The story follows a young gator who sets out to explore stuff within his world. But it’s not a world filled with threats, just enemies that he can easily cut down (and use the paper later for), as well as plenty of places to find secrets and run into others that can use his help. Lil Gator Game never wears out its welcome. It retains its innocent charm throughout, making it a blast for anyone young and old alike. It does this by keeping the gameplay simple with 3D platforming techniques, but also introducing puzzles that won’t overwhelm, and in fact encourage players willing to give them the ol’ college (pre-school?) try.
That’s due to MegaWobble’s innovative and entertaining design, which comes together nice and smooth. And while there’s no big “mega stakes” involved here with the game, there doesn’t need to be. It’s all about retaining a world of imagination, backed by characters and a story that really make you ache for the younger days when you were happy with a tire swing and an Atari 2600. (Well, okay, you didn’t have a tire swing in the house, but you get my point.) It plays wonderfully for its set-up, and will keep you busy for a while until you reach the conclusion. 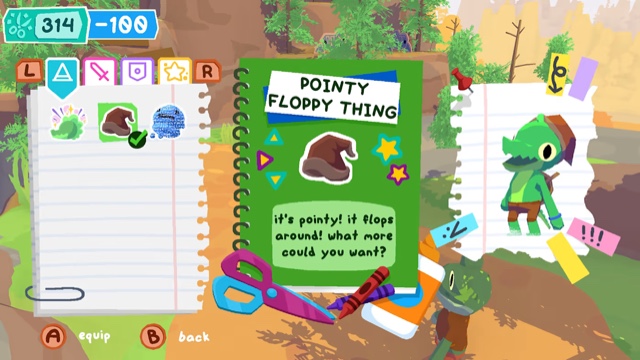 A Charming Little World
MegaWobble could’ve easily kept it simple here for all players, but there are some neat things to discover in Lil Gator Game. That includes a number of nods to old-school games (Zelda fans, take note!), as well as a gorgeous 3D world with patchwork visuals that come to life with a nice bit of charm.
The Lil Gator himself is an adorable character, and his friends are good fun too. It’s also great to see him have a big sister that he so desperately wants to connect with, but, you know, work. (Or rather, adulthood. Yech!) And there’s a lot to see and do here, with secrets to uncover as well. Plus the menu where you can check out items is great as well, with its hand-drawn visuals and writing.
On top of that, the music is nice and pleasant. It never wears out its welcome and envelopes you even further into this neat little world. The sound effects are good as well, though never above where they need to be.

Let the Gator Win You Over
If simplicity isn’t your thing or you need games that have much higher stakes to them (like, say, Elden Ring), then Lil Gator Game isn’t for you. However, if it’s a fun little childhood flashback you’re looking for, or just an adventure title that you can play with your youngens or family members, this Gator should be more than welcomed into your family.

The Bottom Line:
Lil Gator Game stands out from the pack with its simple approach, and it’s something that kids and adults alike will find a heaping amount of joy in.

It’s not your imagination, we’re giving away a game console of your choice! Find out how you can win here. 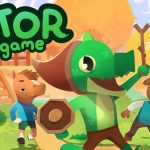