Is the Steam Deck Worth It?

We put Valve’s unique handheld under the microscope.

It’s not often you see a company that focuses so much on PC’s try to hit the ground running with a handheld. But that’s exactly what Valve has done with the Steam Deck, the company’s answer to the Nintendo Switch handhelds.
It’s pretty much what PC gamers are looking for, the ability to play some of their favorite games on the go, either with the handheld itself or connected to a TV with a dock that’s sold separately.
But how does the system hold up compared to, say, your typical gaming laptop? Well, obviously some things are going to be missing. However, the Steam Deck’s overall power and convenience are hardly something to scoff at.

Let’s Talk Build
First off, the system looks sleek with its beautiful HD screen, as well as its convenient control set-up with two touch sensors, two analog sticks, a convenient (if somewhat stiff) card port for additional storage and easy-to-use buttons and triggers. It also has back buttons, which opens up a world of difference for extra functionality.
But not everything’s perfect. It only has a solo USB-C port. That makes things a hassle when you want to connect it to a TV, but then you need to charge the device – especially considering that its battery life is only about an hour-ish, maybe more. (It depends on what game you’re playing.)
It’s also big. Like nearly one and three quarters the size of a Nintendo Switch system. Of course, some players won’t complain as that means a bigger screen and a lot more detail to see from games like Doom Eternal and Battletoads (2019). But it also might be too big for some, depending on what the player wants.
Also, there are three models. The 64GB base model isn’t bad, but obviously the 512GB is best, especially when it comes to speed and storage size. Again, you can expand with a memory card, and format it easily for extra space. But if you have the choice, put down the extra moolah and get the best model. 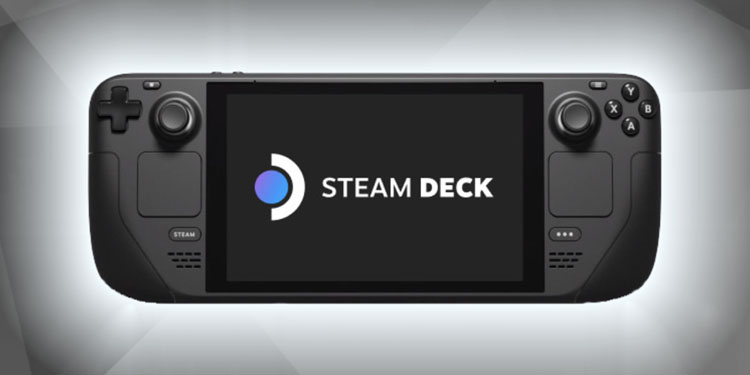 What About Games?
Alas, the Steam Deck isn’t as wide open as your typical gaming laptop – at least, at first. There are those folks out there that have managed to expand their Steam Deck to support Microsoft, as well as Epic Games and even some old-school emulators. They’re doing wonders, but you need to be technically proficient – or know someone who is – to get that done.
That’s important, because, right now, the Steam Deck only “officially” supports 6,000 games out of the thousands upon thousands available on Steam. That means some, like favorites such as Deathsmiles I & II and Sunset Overdrive, aren’t fully compatible yet. Now, Valve is adding more and more every day, so keep an eye open. And there is a list of “playable” titles, though all their features aren’t fully determined.
That said, there are a number of great games that do work. And how. You do have to wait for some loading at first (depending on which model you have), but the games that work on the Steam Deck are a real delight. We had no trouble enjoying a round of Sniper Elite 4, and then digging into the classic Cave shooters like Dodonpachi Resurrection. It was also a joy to see so many new releases supported, though not all are. (C’mon, make Warhammer: Dark Tide work properly already!)
That said, there’s more than enough to keep you busy, whether you decide to expand or not. It just really depends what you want to get out of the handheld – and, more importantly, just how deep your library is. 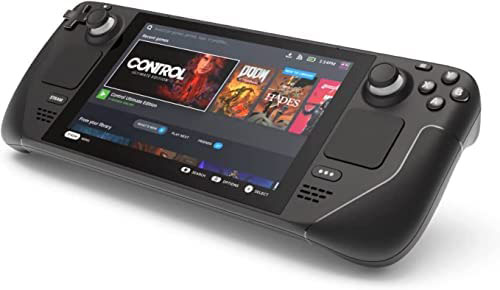 Up On Deck
While there are some things that could use figuring out (particularly the USB-C issue and the lack of support for a few big titles), the Steam Deck is a real surprise. It handles very smoothly and runs (for the most part) pretty well, and it handles some games like a real champ, such as Forza Horizon 5 and Doom Eternal. Not everything will work as it should, but enough will to make the machine worth your while.

Want to win a game console to compete with the Steam Deck? We’re giving one away!