Man, love is weird. But it’s definitely worth it, provided you’re willing to put in the effort that the other person is. And that’s definitely the case with the lead in Wife Quest, Mia.
Turns out she’s got some love for Fernando, her beau, who’s been kidnapped by a number of monstrous women. With that, she sets out to save him, even though it’s more in a comical sense and not a “he’s my destiny” sense.
The game comes to us from EastAsiaSoft, and, well, they definitely lean more towards the sensual side of games sometimes. Wife Quest shows this for sure. But if you can accept its themes and roll with the quirky humor, you’ll find an enjoyable little platformer that’s worth the affordable asking price. Heck, you don’t even need to be in a relationship to enjoy it.

Lots To Hack Away At
Though the game is designed like a general platformer, it does break down into sections. And some of these can’t be accessed until Mia picks up certain power-ups over the course of her journey. That means beating certain enemies, after which they’ll open up and allow her to continue her journey.
The game features some solid platforming action, as well as enriched combat that continues to get better as it goes along. This is due to the nature of the power-ups, which can change up attacks and make each new approach something cool. What’s more, Mia changes a little bit as well, as indicated by little quirks on her character. It’s not for the worse, mind you.
What’s more, after you open the entire game up, you can take on the Magic Mode, in which all your powers are unlocked and a true challenge presents itself. It’s very cool, though it’s understood if this is the sort of journey you only want to take once. I just think it’s good to have, especially in a game that’ll run you $8 or less. (Right now it’s on sale for just over $5!) 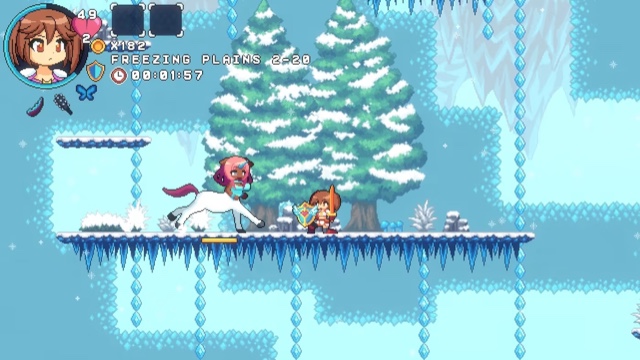 A Cute Adventure
On top of its gameplay, which offers quite a bit, Wife Quest also benefits greatly from a cute presentation. The characters animate wonderfully and the worlds are well put together, with lots of color and innovation. That said, the game is rated Teen for a reason, as there are some mild adult themes on display. So, yeah, maybe not a game for the younger set.
That noted, there are some glitches that you might notice. They don’t break the game or anything, but they’re hard to miss. On top of that, the audio is pretty good, particularly with its quirky background music and sound effects. They round out the package for a game that’s a tremendous value for the money. It may not be the ultimate Metroidvania style experience, but you’re getting a heck of a game for the under-$10 price tag.

I Do…Want This Game
Wife Quest doesn’t sound alluring at first, but as you play it, you see how well it all comes together – a real shocker considering its budget price. It’s fun to play, and the combat changes as you pick up power-ups. It’s also got a cute presentation (for the teen set) and lots to come back for if this is your thing. Wife Quest may not sound like the most alluring package, but it’s far from feeling like a ball and chain.

The Bottom Line:
You won’t feel shackled down by Wife Quest, thanks to its neat little charm, its fun gameplay and its rock-bottom price.

Want to win a game system to play Wife Quest on? We’re giving one away! 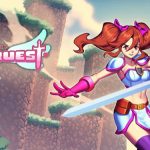