It’s been nearly eight years since Earth Defense Force 4.1 came out for PlayStation 4; and, before then, the game existed as Earth Defense Force 2025 on Xbox 360 and PlayStation 3. So its history is pretty storied, even if it’s built on one basic principle – destroy all the invading aliens.
Now the game has come out for Nintendo Switch (in Japan, anyway), and it brings all the destructive giddiness of the original releases to the platform with a mostly hassle-free set-up.
So is it worth importing?
Well, there’s always the off-chance that Bandai Namco and D3Publisher, alongside the developers at Sandlot, will consider a U.S. release down the road. But if you can’t wait, this is a game well worth digging into – especially with friends in tow. 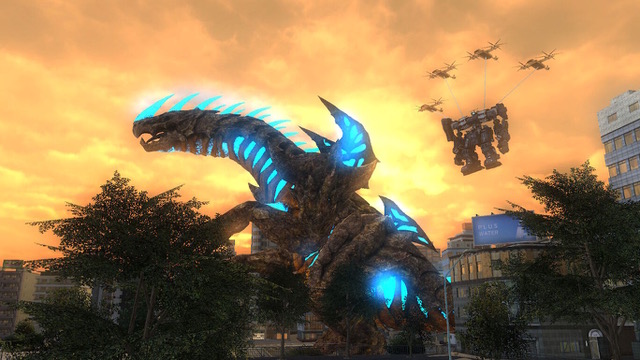 Invasion!
The game’s plot doesn’t really matter much. All you need to know is giant bugs, robots, alien life forms, dragons and, well, even a Godzilla-like creature are trashing cities around the world. As a member of the Earth Defense Force – EDF, for short – you’ll need to save the day using a number of weapons.
There are four different classes to choose from, and how you play is where you’ll decide who’s best for you. The ground trooper is awesome all around for close and far attacks, while the wing diver is superb for getting around the map quickly, even without much armor. There’s also an armored special that moves slowly but powerfully, as well as a cool support class. They all play a part, but you’ll need to decide who’s best for you. Along with a solo campaign, the game also supports local and online co-op. Now, online takes quite a while to get through since it’s in Japanese. However, the local works like a charm, with two players teaming up in split-screen to get everything done. Like previous releases, it’s very cool.
Earth Defense Force 4.1 also plays nicely on the Switch. There is some slowdown to adjust to (more on that in a second) but overall the controls are responsive, and aiming is (mostly) a breeze. It’s also great to unlock all sorts of weapons over the course of the campaign by picking up special green crates left behind by defeated enemies. (There’s health too, along with armor, though it’s mostly useless unless you’re a particular class.) And the challenge is adjustable. Easy will help get you adjusted to the game, but once you’re ready, crank it all the way up and watch enemies bear down on you like an insect in a boot store. Yeah, you’ve had it. Bring friends. 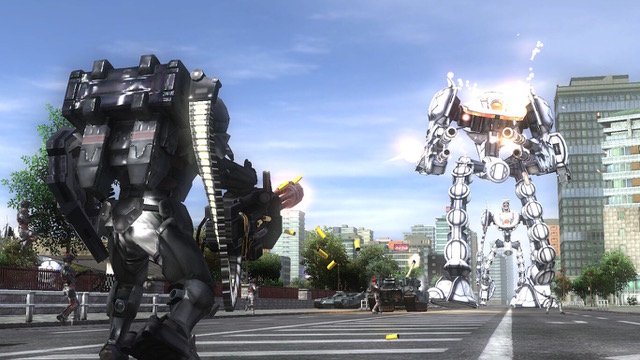 So How’s It Perform?
We’ve seen EDF games release on the Switch in the past, but with a much simpler design. EDF was designed with the PlayStation 4 and PC in mind, so its conversion can’t be so easy, right? Well, the good news is that Sandlot mostly delivers. Yes, there are frame rate issues at times, especially as the screen loads over with bugs and dragons galore. It can even drop down to just a few frames at a time, even as explosions go off. But overall, it still looks great, whether playing in 720p on your TV or in handheld mode. We had no trouble with performance here. As for audio, the heroic music is familiar but welcome for EDF fans, and the sound effects are outstanding, especially when enemies explode into bits. As for the voice acting, it’s in Japanese, but you can still make out some of the goofy commentary, like when they burst into song all at once for no reason. Keep an ear out for this, it’s good fun. 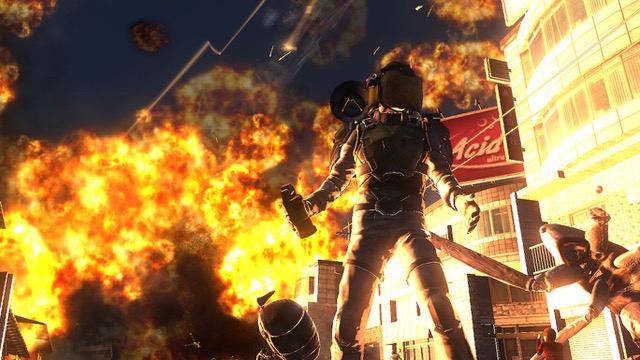 EDF! EDF!
No, Earth Defense Force 4.1 doesn’t reinvent what the series is about on the Nintendo Switch. And there are some slight visual issues that could’ve used smoothing over, along with the online connection process. But everything else – the destructive gameplay, the fun scenarios, the co-op support – is still more than welcome. And if you can’t wait for a U.S. port (wherever it is), the Japanese import will do quite nicely.
Go on, do it for the Earth!

The Bottom Line:
It’s not the smoothest Switch port, but Earth Defense Force 4.1 makes the journey with all sorts of explosive action in tow. And it’s great to play with a friend.

We’re giving away a game console of your choice for the new year! Find out how you can win here. 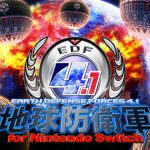