Back from the dead.

Dead Island 2 has been on a rather strange journey. The game was actually announced back in 2014 for consoles, expected to bring back some of the zombie-bashing goodness that made the original such a hit. But then…it vanished. THQ Nordic shifted the team at Yager off the project and it sat dormant for what felt like an eternity.
But then, in late 2022, the project returned – with a release date! Dambuster Studios (Homefront: The Revolution) took over development, promising that it would live up to all the potential of its initial release announcement. And, thus far, it’s looking good.
But can Dead Island 2 truly find its place in a genre overrun by the likes of Dying Light 2 and other zombie-killing efforts? Let’s take a closer look. 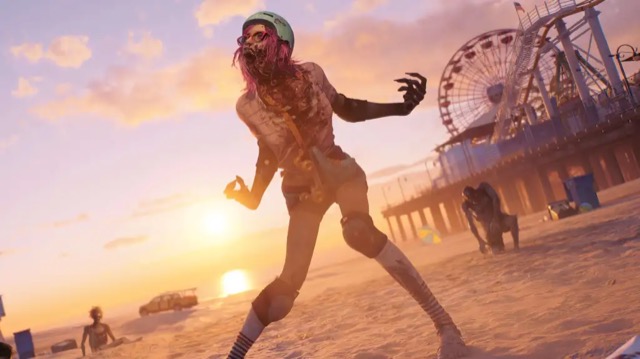 Welcome to Hell-A
Instead of taking place on an abandoned island, Dead Island 2 actually takes place in a city. Rather, Los Angeles – or Hell-A, as the trailer below calls it. You play one of six “survivors” that takes it upon themselves to bash their way to survival in the midst of a zombie outbreak. Along the way, you’ll need to complete objectives, forge weapons and try to make it back to the safe house in one piece.
This means using melee weapons, which is Dead Island’s bread and butter. While some prefer the power of guns (ala Left 4 Dead), this game is all about mangling the undead in some truly imaginative ways. Based on what we’ve seen in trailers so far, there’s a lot of options here. And, hopefully, that will carry the game’s replay value quite extensively. Known as the FLESH system (or Fully Locational Evisceration System for Humanoids – nice), this system should work quite extensively.
That’s not including Fury Mode either. With this activated, you can actually rip zombies apart using your hands. Which is really cool if you think about it, especially if you’re surrounded. Just remember, you can only activate it sparingly, so save it for the moments – and monsters – that really count.
On top of that, you can excel your character using collectible cards, or rather, the “Skill Deck.” Here, you can level up certain things on them, though to what extent has yet to be seen. But if you like a certain forte in your characters, this is pretty nice to have. 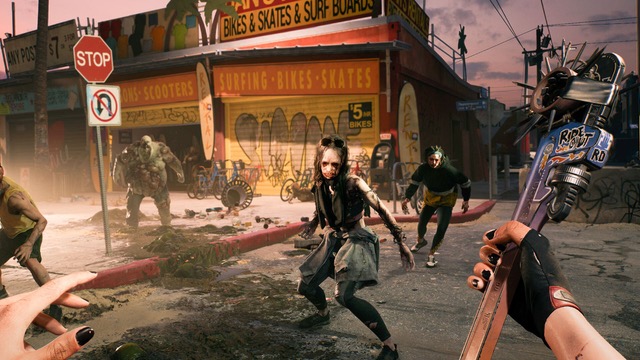 Not a Bad Looking Sequel
While some zombie-killing games have set the standard as of late (Zombie Army 4: Dead War immediately comes to mind), Dead Island 2 looks like it’ll have no trouble fitting into the mold. The visuals thus far look about on par with the original games, complete with lots of gore, a huge open world to explore (they even have the Santa Monica pier and its rides!), and some unique weapon building. The final frame rate has yet to be judged, but early footage shows it’ll have no problem being a contender on the Xbox/PlayStation front.
As for sound, we haven’t heard too much yet. But it seems that the game will have some level of attitude with its zombie killers, injecting them with a level of personality. How that will translate with the co-op factor has yet to be seen. However, that, combined with some interesting music choices (it is L.A.) should make for an entertaining-sounding experience.

How Will the Island Fare?
Originally slated to arrive this February, Dead Island 2 got delayed (ironically) a little more to the end of April. However, that looks to be its final destination, ending a wait for the game that’s taken about a decade to arrive.
The real question is if the formula will still strive after all these years. Again, we’ve seen a number of zombie-killing games that set a new standard for expectations. That said, however, the FLESH system does look like fun; and this could be a real romp in co-op, provided everything’s up to speed.
We’ll see how this Island’s journey concludes when the game arrives in just a few months. Are you excited to give it a go?

Want to win a new console to play Dead Island 2 on? Because we’re giving one away!