You know it’s all about the boom.

For a while there, we didn’t really have that many wrestling games to choose from, aside from the somewhat lacking WWE 2K games from 2K Games. Fortunately, last year brought a change of pace, between indie releases and a higher-quality-than-usual WWE 2K22. But 2023 could be the year that they truly come back, thanks to the contender currently cooking up at THQ and Yukes.
Those two are working together on AEW: Fight Forever, a game that features the “classic” feel of wrestling games that we grew up with, like the WWE Smackdown games from the PS2 era. Instead of relying on technicality, it’s more like an arcade-style grappler, featuring an array of superstars from the freshly mint wrestling league. There’s definitely an audience for that, and fans could be in for a treat when the game releases this year. 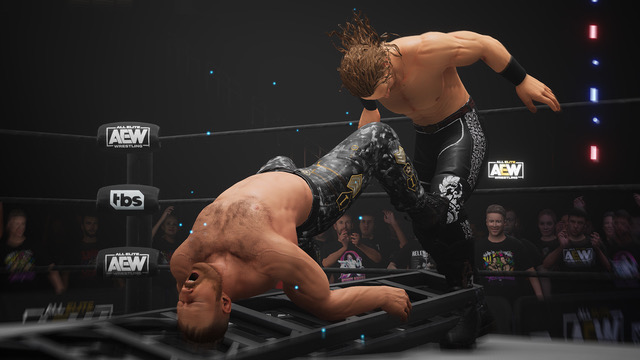 Not All The Superstars
First off, considering this is kind of a first-timer AEW wrestling release, you should probably be aware that it won’t have everyone from the league involved in the roster. We’re already hearing that The Acclaimed, the current AEW tag team superstars, aren’t on there, nor is FTR, one of the most celebrated tag teams around. Hopefully, THQ Nordic has some plans to create a DLC plan that will add more to the list following the game’s release. But don’t worry- there’s more than enough great wrestlers to choose from with this release, including male and female superstars alike. Kenny Omega is here, along with Hikaru Shida, Thunder Rosa, Adam Cole, Kris Statlander, Nyla Rose, Paul Wight and countless others. And the final roster may be tweaked before the game’s release, since there’s not a definitive date.
What’s more, each wrestler has a definitive style to them. For instance, Wight is a bigger, slower wrestler, but can take more susceptible damage. Meanwhile, Thunder is quick and awesome with grapples, while Kenny Omega is downright deadly with his One-Winged Angel. There are questions as to who will make the final cult. Cole, for example, is heavily injured with a concussion. And then there’s C.M. Punk, the former AEW champion that created a world of drama with the much-storied backstage fight following All Out. (Relax, MJF is here, and he’s better than you.)
But, as I said, the final roster will have plenty of wrestlers to have a good time with. And hopefully, Jim Ross and Excalibur will be able to provide some lively commentary (that has yet to be finalized). 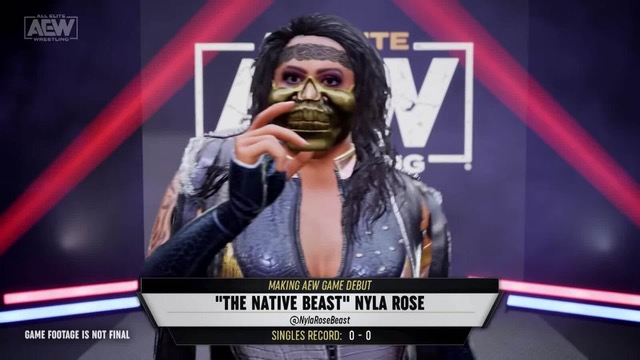 All About The Gameplay
Where AEW: Fight Forever is likely to shine with fans is with its gameplay. As we mentioned, it’s more about the arcade style that made older games work so well, instead of relying so much on a technical style that many have relied on. In fact, there are some cool features as well, such as building up a Special meter that allows you to execute an incredible finisher. There is also some really cool slo-mo effects, so you can see the most devastating moves in the best way possible, with the in-game camera system.
That, combined with a number of modes that will make the most out of your AEW stylings, should keep you busy for some time. There’s no word on online play, but I can’t imagine a game of this type being without it. At the very least, at least local competition will make for some fun weeknights.

But When Can We Fight?
Now the only thing to understand now is when AEW: Fight Forever will release. There was a window at some point that the game would arrive sometime in late 2022. However, with that time passed, we now have to see when it’ll arrive this year. When it does, however, Fight Forever should bring us back to a heyday of fun, classic wrestling, even if the roster isn’t entirely complete. That said, we can’t wait to see this champ in the ring to see what it can do.

Need a new console to play AEW: Fight Forever on? We’re giving one away!