Back from the grave.

While Gungrave is an acquired taste, it’s one that a lot of fans have adapted to since the early days of the franchise on PS2. Now, after a few sequels here and there, the series has finally hit the mainstream with Gungrave G.O.R.E, which brings out the very best in the Deadman, a hero who finds himself shooting his way through levels.
Now, if you’re familiar with the Gungrave series, it’s all about the shooting, and G.O.R.E delivers this in spades. Whether that’s for you or not really depends on your love for the series – or arcade blasters in general. But if that’s your territory, you’re going to feel right at home here.

A Little Story, and a Lot of Shooting
Gungrave G.O.R.E (which stands for Gunman of REsurrection, by the way), following the Deadman as he works alongside a mercenary team to bring down a dangerous group making the deadly Seed drug. But, as expected, Deadman has to take matters into his own hands with his pistols and one heck of a coffin, loaded with melee power and some incredible power-ups.
The game is essentially a point A to point B adventure, where you shoot, shoot and shoot some more. That may make the gameplay a bit monotonous for some, especially those seeking variety on the level of, say, first-person shooters. But Gungrave is true to the nature of its franchise, and delivers a lot of bloody, non-stop action. Not to mention the fact that everything blows up real nicely as you mosey along. 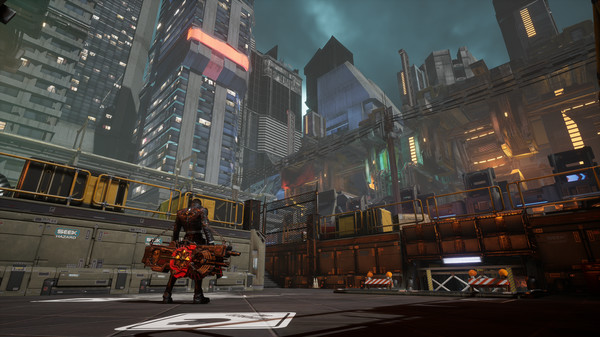 There’s also some cool defensive techniques, including a melee combo that’s a bit on short distance, but helpful against enemies with shield. There’s also the dive technique, ideal for avoiding incoming enemies.
It is a bit light on variety, but you can always bump up the difficulty setting if you really feel like taking on a G.O.R.E-fest. And that’s where the magic of Gungrave truly happens – throwing everything at you and seeing if you can take it. It’s a nice reminder of some of the games of old, but with a contemporary touch that still makes it fun to play.
That said, it would’ve been nice having Gungrave for a lower price. $50 is a bit much for a game of this stature. But $30? That just might do.

Hope You Enjoy Chaos
Gungrave G.O.R.E is easily the best looking game in the series, even if it is by default with the hardware it’s running on. The game runs very smoothly, even with explosions happening all around; and some of the character effects are cool, especially with the larger-than-life bosses. There are also some pretty good cutscenes, even if the story is a slight bit on the weak side.
Backing all this up is a solid sound package. The music is a collection of hard rock tunes that play in the background while you blast everything to kingdom come; and the sound effects are mostly good, save for repetitive enemies screaming at you. The voice acting’s all right, though your right hand woman kind of shouts out things that are obvious at times – like an enemy coming at you that you can see from a mile away. But, hey, thanks. 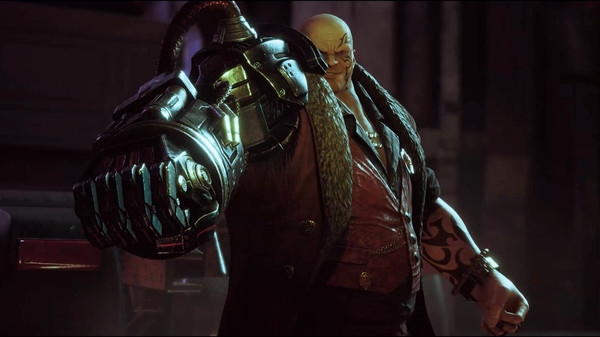 More G.O.R.E Please
While Gungrave G.O.R.E doesn’t have the deepest gameplay around (or, for that matter, an acceptable price point), it does deliver when it comes to the series’ true intentions. It’s filled with raucous violence that keeps up throughout the core of its adventure, with a few defensive techniques thrown in for good measure. The bosses are a nice touch, and the game looks and sounds just about right.
Again, it really depends on what you’re looking for. Want an in-depth experience? Move on. But if you want an old-school shooter polished for a new generation, and packing enough flying bodies to make you grin from ear to ear, well, this is your game.

The Bottom Line:
A better price point and more nuanced gameplay would’ve pushed Gungrave G.O.R.E a bit further, but it’s fine for a quick arcade romp or relieving some stress after a tough day at work.

Want a new console to play Gungrave G.O.R.E on? We can help with that here! 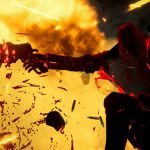