Right off the bat, you can tell that Striking Distance Studios found motivation in the Dead Space franchise with The Callisto Protocol. For months, you could see it from a mile away in the trailers and previews. And now that the final product has arrived, you can see it in that, too. It’s just screaming to be accepted on the same level as EA’s deep space horror series.
And there is a lot that’s going for it, particularly with its combat and (mostly) smooth visuals. However, it just doesn’t feel like it finds a voice of its own. And with the Dead Space remake on tap to arrive next month, I can’t help but feel that Callisto’s time may be up sooner rather than later. Still, if it’s holiday horror you’re into, this just might be suitable enough.

It Ain’t Folsom Prison
The game has you roaming the halls of Black Iron Prison, where all sorts of hell has broken loose with the inmates. To give away what’s going on would be a spoiler, but you’re the unlikely hero, trying to piece together what happened, who’s responsible, and, most of all, survive the whole thing. If you can, that is.
Story’s not exactly this game’s strongest suit. There is a quality set-up for a few jump scares, and some very gory depths. But Callisto lacks the depth storytelling touch of Dead Space, and while it has a lot working for it, memorable characters don’t exactly do so. You never feel the personal motivation like you could with a certain Isaac Clarke.
That said, the combat is truly satisfying. Striking Distance has found a superb balance with the weapons on hand here, and you’ll still need to watch your step when it comes to some bigger menaces crawling around. You’ll need to think on your feet, and hopefully not get gored 70,000 different ways. There’s definitely some “survival horror” elements at play here, so if that’s your speed, this game really brings it. 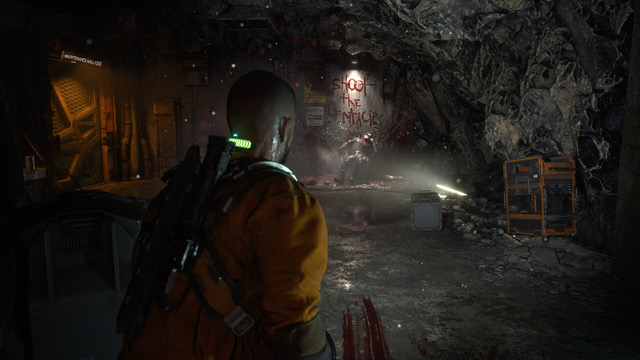 That said, the lack of side missions and any sort of replay value does weigh it down a bit. While the adventure’s a decent length and meaty enough to keep you coming back until it’s defeated, it does very little to entice afterwards. Some incoming DLC that will add to the story could change that in 2023; but for now, it’s a “one and done” sort of deal. At least the “one” is worth checking out, if not entirely original.

A Good Looking Killer, To a Point
One thing that Striking Distance’s baby does beat Dead Space to the punch with is bringing the formula to next-gen with The Callisto Protocol. And for the most part, it’s a beastly looking affair, with a beautiful frame rate, a lot of horrid details, and fine touches within the environment, with something likely hiding around each corner. That said, there are some blemishes that get in the way, which, hopefully, the team will offer a patch for very soon. 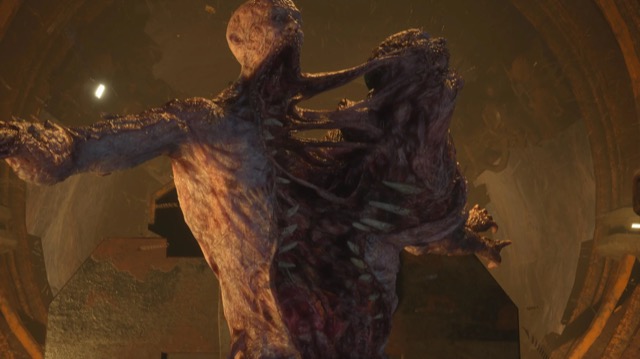 It’s also nice to be able to choose between a Quality Mode and a Performance Mode, depending which option you’d prefer. That said, the graphics still take a hit on both in spots, so be prepared.
As for the audio, it’s very good. Josh Duhamel (Transformers) and Karen Fukuhara (The Boys) play the most notable characters within the game, though it’s also great to hear Sam Witwer (the Apprentice from the Force Unleashed games) back in action here. For the most part, it’s great voice acting, even if the storytelling can’t keep up. The music cues are great as well, and the sound effects are atmospheric and, in some cases, bone-chilling. Put on headphones, turn off the lights, and try not to poop yourself.

Not Quite Dead Space, But It’ll Do For Fans
With the Dead Space remake set to knock our socks off in just a few weeks, the developers at Striking Distance need to come up with some amazing DLC to keep interest in The Callisto Protocol. As it stands now, it’s certainly a passable adventure, filled with gory combat, a mostly solid presentation, quality voice acting and a lot of cool deaths to partake. I just wish more was done to provide additional play time, as well as offering something that we haven’t seen previously from EA’s trilogy.
Horror fans, though, will likely be enthralled by this. At least, for a while.

The Bottom Line: While The Callisto Protocol doesn’t even come close to overcoming Dead Space, it has enough survival horror goodness to keep fans pleased over the holidays.

Want a new system to play The Callisto Protocol on? We can certainly help with our holiday giveaway! 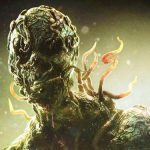