The thrill of the chase?

Considering we’re probably not going to get a new F-Zero game anytime soon (but we hope that changes), it’s up to the indie devs out there to try and produce the next big thing in
futuristic racing. And that’s exactly what Repixel8 has in store with its tube racing endeavor, Gravity Chase.
The game has a lot of things working for it, including a consistently fast speed, great local multiplayer options and some awesome vehicles. Alas, it also comes up short in a few areas, keeping it just out of reach of some of the other greats we’ve seen over the years.
That said, if you’re itching for futuristic racing goodness at an affordable price, Gravity Chase might be worth going after. 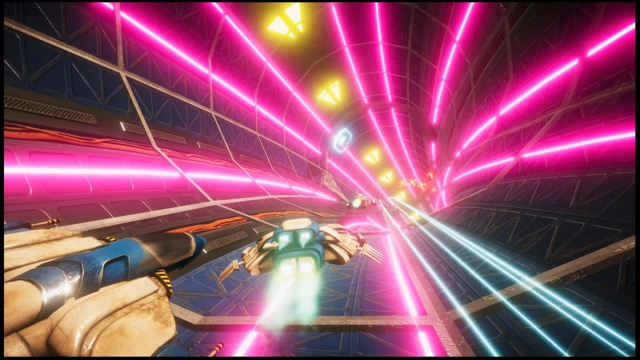 A Swell Looking Racer With a Good Soundtrack
Repixel8 has taken it upon themselves to try and get the future-racer theme down pat, and it has for the most part when it comes to presentation. Gravity Chase looks very good, with backdrops that continue to scroll by smoothly, along with excellent tube racing with indications on what you should pick up and what you should avoid. The vehicular design could use a, ahem, boost in some places, but overall, this is one good looking indie racer.
And it’s backed up by solid techno music, which you can actually change on the fly with a quick tap of the left shoulder button. While not all the songs are winners, the majority manage to keep things pretty exciting on-screen. They also make up for the somewhat lacking sound effects, so hardcore racing fans won’t mind.

So How’s It Play?
When it comes to control, Gravity Chase has most of the formula intact. The vehicle racing feels natural, though there are times you can get slightly confused if you’re going around a loop too fast. Still, it handles pretty well, especially on turns when you ride alongside the far side to maintain top speed.
There are also weapons in the game, albeit not many, but they do deliver a punch when it comes to the combat mode, where the goal is to stay in one piece headed towards the finish line.
There’s three general modes in all. Along with combat, there’s also arcade, which is straight-up racing with no combat; and eliminator, where a last place opponent gets taken out every thirty seconds. They’re not bad, but you can tell that there was more room to add extra modes. 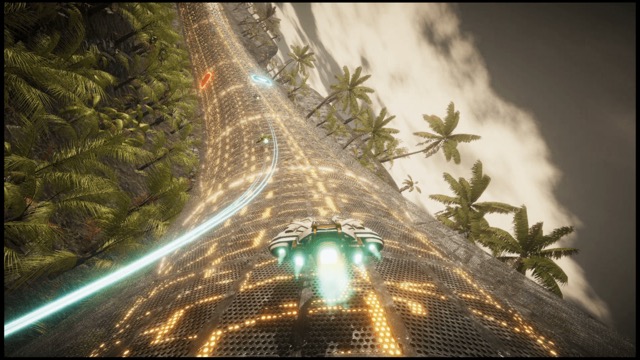 The only thing is that the tracks don’t really offer too much variance. Like, you race via a tube, then race via another tube, and so on. They have different designs, but the general content remains the same. There’s one minor frustration with multiplayer, however. Even if you manage to unlock a lot of tracks in single player, you actually have to play through tracks again to unlock them in multiplayer. That makes no sense at all, though it’s likely the developer just threw that in to keep players coming back for more. There could’ve been a better way to go about it, though.

Is It Worth Chasing?
Gravity Chase plays by the general basics, and doesn’t really offer much in terms of evolving the futuristic racing franchise. It also has flaws when it comes to unlocking content or posing a challenge with more intricate level designs. But the general racing feels pretty good, the game looks nice for the most part (those neon colors!) and the soundtrack has its moments. It won’t entirely win you over like F-Zero did so long ago, but it’ll fill the need for its low asking price.

Want a shiny new console that you can play Gravity Chase on? We can help you with that! 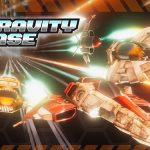