At first glance, it almost looks like Vampire Survivors is a title that shouldn’t work. It has the presence of a modded game put together by a small developer, taking its essence directly from the Castlevania series and throwing it into a world that looks like it could’ve been programmed overnight.
Ah, but looks aren’t everything. Five minutes into Vampire Survivors suddenly turns into ten.
And then twenty. Then the next thing you know, you’re trying to build up over hours as you slaughter hundreds of enemies and build up your character to damn near infinite levels.
The lesson here? Looks may be deceiving at times. What looks like another cheap indie game is, in fact, one of the biggest surprises this year. And one you shouldn’t miss. 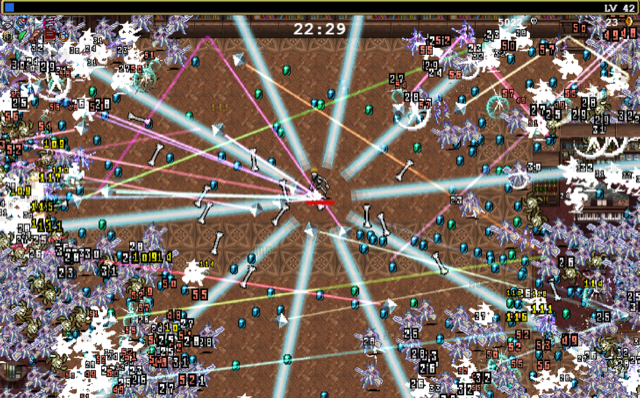 Sink Your Teeth In
The gameplay is relatively simple. You control your character as they move around, avoiding enemies while attacks are automatically unleashed in quick intervals. But it’s the journey, not the destination. Your character starts out with one basic technique, but as you collect gems, you start to power-up. Over and over. And you unlock some really cool stuff, from lasers to a fireball attack to axes and knives flying every which way.
As your character levels up, so do enemies, coming at you in higher waves and in much stronger forms. The more you play, the more than unlocks; and even after you die, you’ll find new levels to take on and characters to dive into. They aren’t all perfect, but they bring something new and inventive to the table, and keep you playing.
While making Vampire Survivors a twin-stick style of action game may have been preferred by some, the way it works now is rather beautiful. It feels like a really good title overall, with a lot of strategy built in, as well as choices that can determine how long you keep surviving. Should you get that garlic shield, or maybe a bird that can fire lasers from afar? The choice is yours – and the possibilities are really something.

A Fun Little Retro Style
While Vampire Survivors has gameplay to last, the title doesn’t exactly have the most complex visuals out there. That said, it doesn’t need them, as it’s really well programmed for a game of its type. 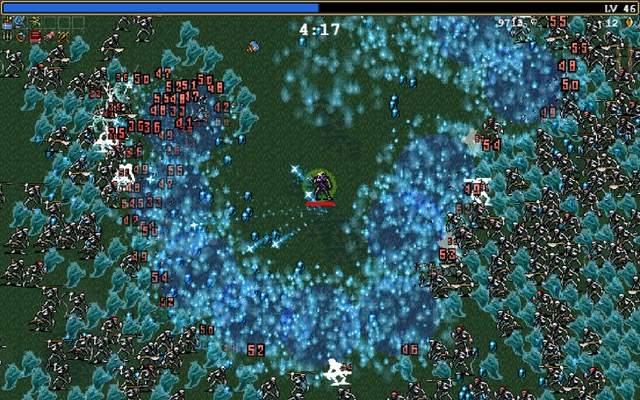 The different levels offer something new around each corner, whether it’s a hidden turkey to give you extra energy or a waiting boss with an extra treasure chest. Plus, it’s astounding how quickly enemies pile up on the screen, making the odds look impossible even though, with your superpowered character, they aren’t. Plus it’s enjoyable watching treasure chests open up and pour out some good money and goodies, which you can use to unlock even more stuff.
Throw in an enjoyable, Castlevania 8-bit inspired soundtrack and fun sound effects, and you’ve got a package that’s as fun to watch as it is to play.

Vampire Night
Vampire Survivors is proof that indie games still have a lot to provide, even with a somewhat small package. It doesn’t look like much, but as you keep playing, you’ll find amazingly deep gameplay, with lots of cool things to unlock and powers to attain. For five bucks (or even free with Xbox Game Pass), it packs the kind of tremendous value that you can truly sink your teeth into.

The Bottom Line:
Don’t let the indie appearance fool you. Vampire Survivors is so deep and remarkable that you could sink a stake into it and still not reach the heart right away. Indulge!

Want to win a game console of your choice this holiday season? We can help with that! 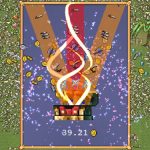