Boy, beat-em-ups sure came back in a big way, didn’t they?
As if Streets of Rage 4 wasn’t enough to get our blood boiling for the genre, we also got a double dose of Teenage Mutant Ninja Turtles offering that sent our nostalgia into overdrive.
And we’re not done yet.
One more great beat-em-up will make its arrival in December for various consoles, from the good folks at Tanuki Creative Studios. Prepare yourself…for Jitsu Squad!

Keep It Simple, Stupid
Rather than wrapping itself in layers around a story that most people are going to be skipping past anyway, Jitsu Squad keeps it simple – let’s get out there and beat up thugs! The game features up to four players partaking in co-op style action against various enemies, using their weapons of choice to mow them down to size.
This one promises some fun gameplay, something that a lot of people have been discussing since the game’s release on Steam earlier this year. It’s gotten some “very positive” reviews, and something tells us that, like other beat-em-ups before it, its appeal will grow as it arrives on other consoles.
Oh, and did we mention that one of the warriors is a bad-ass frog with a ‘fro? Because that’s simply amazing. 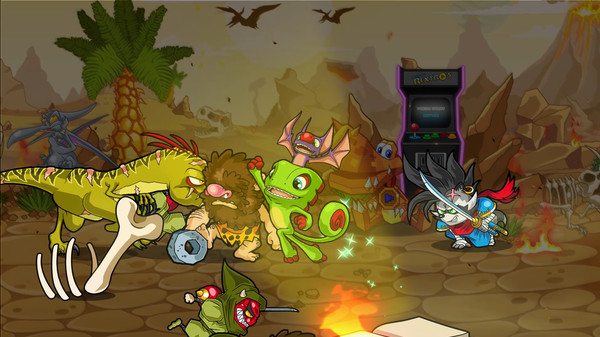 A Good Looking Adventure
Of course, all of this would be for naught if the game didn’t look or sound good. Fortunately, it does.
Based on our impressions from the Steam version, Jitsu Squad features wonderful animation, as well as imaginative backdrops and other cool goodies. There are even some interesting cameos from characters from other games, as you can easily spot Yooka-Laylee dropping in. We’ll have to see how involved they get in the final release in just a few short days.
And another thing we can’t wait to check out? The soundtrack. While the sound effects should deliver in their own special way, Jitsu Squad will feature an awesome set of tracks produced by Crush 40 singer Johnny Gioeli. In fact, you can hear him do his thing in the game’s latest trailer, with the song “Surfing On the Lava”.
It just looks like everything’s coming together nicely for this game, making us all the more excited to give it a go. It’s unknown whether the final release will have online play or not, but it should still make for some exciting couch sessions. 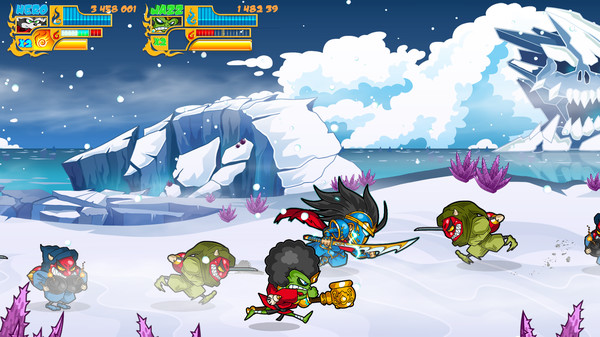 Get To Jitsu!
Jitsu Squad looks like it’ll continue the fast-moving genre of beat-em-ups nicely, with imaginative design, great gameplay, and lots of other features. And when you have a Crush 40 alum handling the tunes, you know you’re in good hands. We’ll see how the game fares following its console release on December 9th. Get your pre-orders in now because this is going to be a chop-sakey party!

Want to play Jitsu Squad on the console of your choice? What luck, we’re giving one away!