The team needs just a little more time before taking the field.

So you may recall that the last big college football game to hit consoles was EA Sports’ NCAA Football 14. Since that time, it’s lost the licensing involved with that series, making NCAA 14 a hot commodity amongst used game collectors. But good news – the series is coming back, just a little later than expected.
Originally slated for summer 2023, EA Sports has now made it clear that the next game in the series, simply named EA Sports College Football, will now arrive in summer 2024.
Speaking with ESPN, Daryl Holt, vice president and general manager for EA Sports, explained, “That’s the best date for us to bring the game that we think is going to meet or exceed our player expectations. And cover the breadth and scale of what we want in the game. We are trying to build a very immersive college football experience.”
The game will apparently use more real college players within the game, though the system is still kind of being worked on. Holt noted “our intent is to work towards that and find a meaningful way to include them in the game.” 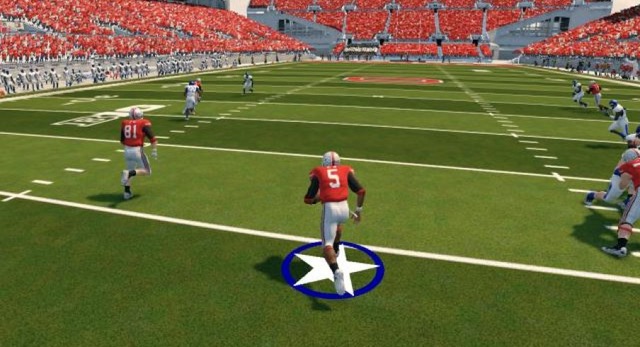 The schools will also have to be represented, but Holt noted that the team already has “a host of FBS schools committed,” with others set to sign on. The list is far from finalized, however. “We expect more will join, but we can only commit to what we have got in the hopper right now,” Holt said. “And we’ll have more information to share as we move forward along that evolving landscape. But we’ll put as many schools as we possibly can put into the game.” It’ll be a long wait until we can take the field with College Football again, but, hey, at least it’s coming.
Want a great new console to play EA Sports College Football on? We’re giving one away!