The Best of the PlayStation 5 Black Friday Deals

Get yourself a controller and God of War.

Black Friday deals are starting to trickle in here and there, even though we’re not going to get it for a few more days. Still, there are some mesmerizing deals that are on the table, especially if you’re a fan of Sony PlayStation.
Right now, you can get some killer deals on games, as well as controllers. You’re still going to have your work cut out for you when it comes to locating a system, but, man, don’t miss out on these other deals.
With that, here are some highlights that we saw with Sony’s Black Friday deals, which you can actually track down through select retailers as well. Don’t miss out, because who knows when you’ll get bargains like this again. Next Christmas, maybe?

God of War – $10
We all know that God of War: Ragnarök is an amazing game and worth adding to your library. But in case you’re one of the very few that still hasn’t picked up the original, you won’t find a better time. The 2018 God of War has been marked down to mere pennies, going for a smooth $9.99. And not only is it one of the best PS4 action games, but it also runs very beautifully on PS4 Pro and PS5 as well. It’ll definitely serve as a precursor for anyone that’s waiting to take on Ragnarök once they get it for Christmas. Go get it.

Sackboy: A Big Adventure- $20
There’s a good few of you out there that probably underestimate just how good a game Sackboy: A Big Adventure is. While it is a far cry from the LittleBigPlanet shenanigans, it’s a fun multiplayer romp in its own right, with up to four players able to jump in to each imaginative world to find collectible goodies and defeat enemies. Plus there are all sorts of free bonus skins, including God of War, so you can dress them up however you please. And for $20, that’s really hard to pass up.

Marvel’s Spider-Man: Miles Morales- $20
Two years following its release, Spider-Man: Miles Morales remains a triumph for Insomniac Games, just like the original game before it. It features all sorts of dynamic swinging action, as well as fun combat, exploration and amazing visuals on the PS5. And you can get all this in your stocking for a mere $20. Alas, the Deluxe Edition is still the way to go if you want Spider-Man: Remastered, and it’s still full price. But if you just get Miles Morales standard, you’re still in for a good time this holiday season. 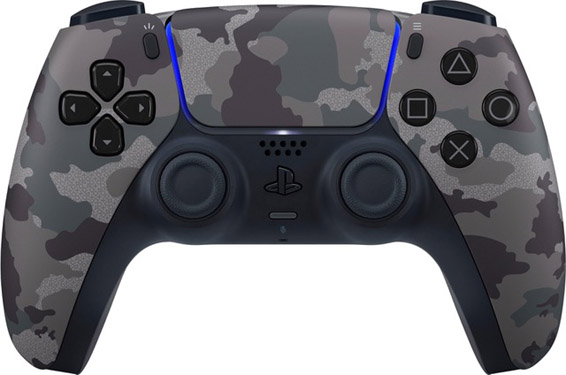 While we’d kill to find a good God of War DualSense PlayStation 5 controller at the moment, we’re happy to take an alternate color for a discounted price. There are a number of great designs available for $50, including red, purple, blue and black. However, the camo design stands out for us. It’s been a hit since the PS3 days with the DualShock 3, and continues to look pretty awesome now. Obviously you can go with your choice, but don’t miss out while the price is this low.

The Last of Us Part II – $10
Is The Last of Us Part II a game that’s going to sit comfortably with everyone? No, no it isn’t. It’s a hardened tale of survival, with a hint of revenge on the side; and watching Ellie go through hell is not an easy thing. Still, Naughty Dog made an amazing game here, and for $10, it’s well worth sticking into the stocking of the hardcore gamer in your life. Better yet, you can get The Last of Us Remastered for $10 and make it a double feature – just the sort of thing to get you ready for the HBO series when it premieres in January.

Uncharted: Legacy of Thieves Collection – $20
Last but definitely not least, we have the awesome Legacy of Thieves collection, a great two-game set for Uncharted fans. Not only do you get Uncharted 4: A Thief’s End in the best possible detail available, but you also get the underappreciated (but much loved) The Lost Legacy, featuring a whole new tale in its own right. And you can get both of these for $20, making it an absolute must-add to any PS5 library. Indulge!

Want a PlayStation 5 to call your own this holiday season so you can play these great games? With our giveaway, you could very well win one!