Let’s hear it for the oddballs.

Like the first classic compilation before it, Neo Geo Pocket Color Selection Vol. 2 is all about celebrating the old-school handheld that never stood a chance in the market. (What with the Game Boy’s models dominating and all.) It’s a loving tribute to an eclectic selection of games, including some of the favorites that we consider “oddballs” in the bunch. Whereas the first
collection was all about the classics, the second is more about titles out of left field.
That said, they won’t be for everyone, especially considering that SNK took a few shortcuts, leaving some of them untranslated from Japanese. That makes some, such as King of Fighters: Battle de Paradise, a bit harder to understand and have fun with. That said, if you can get over
the small wrinkles, there’s still some fun to be had here – especially with the sports games and one hell of a card strategy game.

Bringing Color To Life
The cool thing about Selection’s presentation is how spot-on it is with the original Color. It even has a background that emulates you looking at a screen of the handheld, right down to the unique color tones and weird looking nub on the left hand side. This is a huge plus for games that have a lot of action in them, such as Big Bang Pro Wrestling and Baseball Stars. 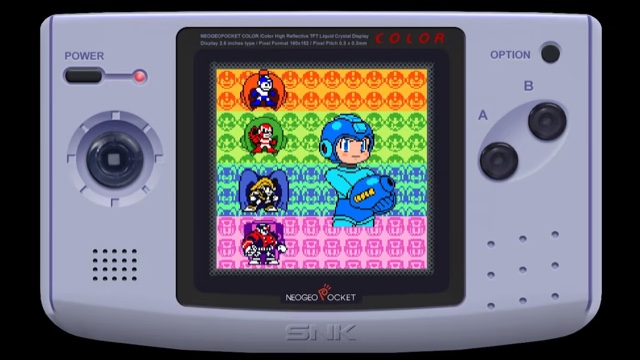 Plus there’s a cool interconnectivity feature where you can get two players going with some games. It’s rather cool, and provides a nice touch, especially to sports games like the aforementioned titles, as well as Neo Geo Cup ’98 Plus and Neo Geo Pocket Tennis. These are sure to be hits amongst some players.
As for the gameplay, well, it really depends on what kind of titles you prefer. But SNK has packed in some good control options here, and they play like their classic counterparts. It all depends on how much of a fan you were of the original Neo Geo Pocket Color. That said, if you didn’t like this system, you probably wouldn’t be reading this review, sooooo…

What About the Games?
There’s an eclectic bunch of titles here. Along with the mentioned games above, there’s also a Mega Man Battle and Fighters, which is an awesome little brawler, but might turn some players off with the language issue. Same goes for Battle de Paradise, which has a cool approach but doesn’t really work that well without an English translation.
Faring a little better is the delightfully weird Ganbare Neo Poke-Kun. What it lacks in language options it makes up for with entertaining little mini-games that should please most fans.The sports games really score the most points here, but Biomotor Unitron also deserves a mention. It’s got a great fantasy world to explore, along with the ability to create your own battle droid.
There’s also something to be said for Card Fighters Clash, which features SNK and Capcom characters in a neat strategic battle. Millennium brawling it isn’t, but it provides a refreshingly smart approach to what you’d normally see from Neo Geo Pocket Color fare. Puzzle Link 2 rounds out the package, and it’s a suitable puzzle game that’s a good time once you figure out how everything works.
I’m a bit disappointed there’s not a Sonic or Metal Slug game in the bunch, or even anything that’s related to King of Fighters. But then again, the Neo Geo Pocket Color library was quite limited, so we’ll take anything we can get. 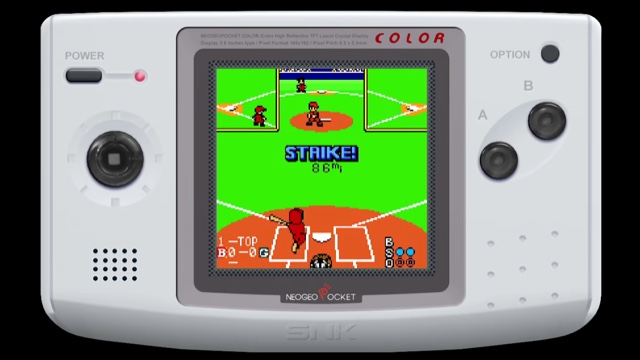 Is This Color For You?
How much you like Selection really depends on how hardcore an SNK fan you are. If you didn’t get much mileage out of the first collection, chances are this one will leave you flat as well, especially with the lack of translation. However, there’s some rich (albeit bare bones) history on display here, and most of these games are still a delight to play.
Neo Geo Pocket Color Selection Vol. 2 isn’t a full blown winner, but it does cater to its fans with a fair amount of options. And for some, that’ll be just enough, considering they’d probably go through a struggle finding the real deal to add to their collection.

The Bottom Line:
Some better choices could’ve been made with Neo Geo Pocket Color Selection Vol. 2, but it’s pretty well rounded overall – and a must for sports fans.

Want a Nintendo Switch (or other console) to play these classics on? We’re giving one away! 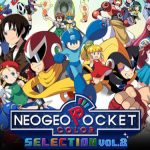