New Tales From the Borderlands Review

Eight years ago, Telltale Games decided to give the Borderlands legacy a try with Tales From the Borderlands, a game that made up for a lack of first-person shooting action with an enriched story, fun characters and great voice acting. It’s still one of the company’s best titles, even in the midst of its revival.
But it does provide an interesting fact behind New Tales From the Borderlands – the follow-up doesn’t even involve Telltale this time around. It tries to follow a similar storytelling path with familiar characters, focusing more on humor and choice while retaining some of the visual style we’ve seen in Borderlands 3 and Tiny Tina’s Wonderlands.
The end result doesn’t always hit the mark, as the story isn’t quite as cohesive and sometimes flows in a different direction than expected. Nevertheless, there’s still a good amount of charm
here, and even with the lack of Telltale, these Tales should prove worthwhile to fans. 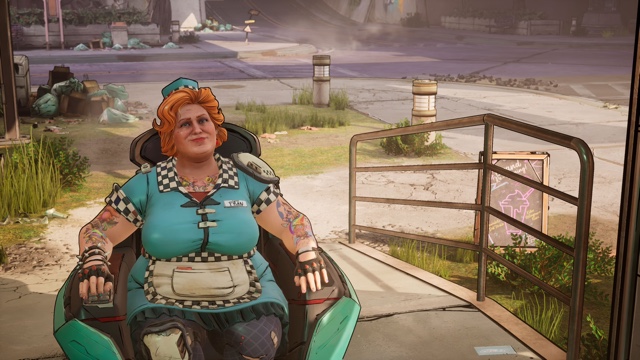 Let’s Go a Different Way
Though the game does feature the return of Rhys from the original, it focuses on a few new favorites, including a scientist named Anu, as well as Fran, who has her own “Frogurt” shop. (Don’t ask what Frogurt is, just play the game to find out.) The story revolves around stopping an invasion of Tediores on the planet of Promethea, which is easier said than done.
The thing is, you can kind of tell where Telltale nailed its beats with the original Tales and where Gearbox kind of misses some beats with the New saga. There seem to be a bit too many subplots here, including a strange pitching session to investors and other things. Fortunately, it’s all handled with a good deal of humor, which fans should be used to. I was just hoping for more of the general action from the main storyline, instead of delving into different directions. At least the characters are good fun; and it’s nice to see a few refreshing faces enter the Borderlands universe, even if some are better than others. Fran definitely grew on me; and I really enjoyed seeing LOU13, a droid with a penchant for killing, in action. They all add to the fun, even if the story doesn’t always follow a straight path.
Overall, the writing’s pretty good. I think I would’ve liked Gearbox to team up with Telltale again since that formula worked so well, but New Tales manages pretty well all the same. And it’s backed by good gameplay that’s missing a few things (like, as we mentioned above, characters “remembering” things later), but still makes the journey worthwhile for those that take it. 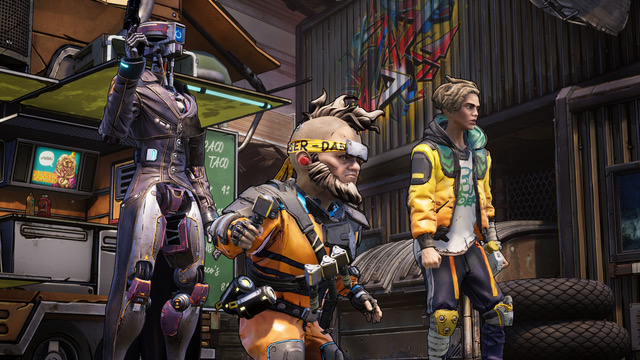 Hey, There’s Minigames!
Along with the main quest across five episodes, New Tales From the Borderlands benefits from some fun mini-games. These include an interesting take on the Borderlands role playing game (if one was made, that is), as well as an awesome minifigure collection title that’s worth investing some time in. Heck, it could probably work as its own release with a little bit of effort. (Like Gwent did for The Witcher III.)
Backing all this up is a presentation that tries to copy the style of the original Tales and sort of nails it. Things are a little bit beefed up here in terms of a visual engine, but it pays off with great character design and environmental touches that players will recognize from the Borderlands universe. The audio is terrific as well, with solid voice acting (you may recognize some voices here) and good musical cues.

A Story Worth Indulging?
Will you enjoy New Tales From the Borderlands? Well, that really depends what kind of a fan of the series you are. If you’re expecting something that continues the lore of the action games, but takes a much lighter approach, you should be alright. But if it’s Borderlands IV you’re after, er, this isn’t it.
The story’s okay, but flimsy in spots. Fortunately, the gameplay is still pretty good for the most part, and the characters more than make the journey more than passable. It just depends how much you want to ride and learn some new Tales from the lore. If you’re someone that enjoys this universe, by all means, jump in. Just don’t expect that Telltale “golden touch” entirely this time around.

The Bottom Line:
Though I still prefer the first game with its setup and execution, New Tales From the Borderlands is still pleasing and fun enough for fans to take part in. Newcomers, however, may want to check out the first game before reading these New Tales.

Want a new console to play New Tales From the Borderlands on? Because we’re giving one away! 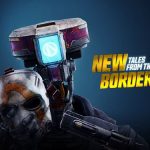