So I read somewhere, while I was playing through God of War Ragnarök, that Sony Santa Monica had a lapse of conscience over the course of the game’s development, concerned that it simply “wasn’t good enough.” Which seems absurd. Over the years, we’ve seen some brilliant God of War games, and even the “lesser” ones, like Ascension, still had something significant to offer.
Now that the sequel to the epic 2018 adventure has finally arrived, I’m sure that the team can rest with ease. Because not only has it stuck the landing, but it’s left tremors in its wake, with many action games now having quite the act to follow. Kratos’ return warrants a must-play. In fact, must-plays, if only to discover cool stuff you might have missed the first time around. Seriously. This game blew our minds and easily landed in our “favorite titles of 2022” list, if not the very top.

Play It, Boy
I won’t go too far into the plot as it kind of treads into spoiler territory. But yes, Kratos has returned, with a now-teenage Atreus in tow, growing into a path of his own. The two set out on a journey that will have them brushing shoulders with some angry Gods, as well as some familiar characters who either have a desire to help the duo or leave them crumbling in their wake.
And like before, it’s all about the journey, not the destination, and God of War Ragnarök delivers this in absolute spades. It feels like a masterpiece throughout, with quick weapon switches, a bunch of gear that you can pick up (though your default set-up still works rather nicely), and lots of enemies to tear asunder. There’s no shortage of exciting action and compelling storytelling here, as it holds up just as well as the original game – and sometimes goes beyond it.
The presentation is truly something on PlayStation 5. The game runs at a beautiful clip, even during the most frantic of boss battles (and yes, they are frantic), and the way that the camera follows around Kratos and Atreus once again is nothing short of masterful. The settings are truly remarkable as well, even if they may not be as, ahem, godly as what we’ve seen in Kratos’ earlier years. Who cares, it’s all part of the dazzling environment design and we’re here for it. Not to mention the many visual settings that you can play around with, ranging from performance to getting the most out of your beefy 4K television. Have a ball. 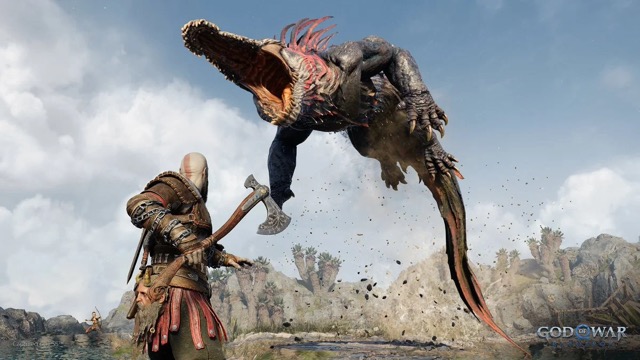 Backing everything up is Bear McCreary’s heart-stopping soundtrack, which surprises at every turn; and meaty sound effects that fit in with some of the best the God of War series has offered. But if anything truly stands out here, it’s the voicework. Christopher Judge once again makes Kratos his own, and he’s backed by a very game Sunny Suljic as Atreus. Then you’ve got a returning Danielle Bisutti doing superb work as Freya, and newcomers like Richard Schiff (Toby from The West Wing) as Odin and Ryan Hurst giving Chris Hemsworth a run for his money as the powerful Thor. Altogether, this is one of the most impressive looking PlayStation 5 games we’ve played to date. And this is after we were so wowed by what Insomniac Games did with its Spider-Man titles.

A Gripping Experience
Let’s get to the gameplay. As we mentioned before, you can switch between weapons more willingly this time around, as they play a purpose in certain parts of each stage. This involves active puzzle solving, and though some of them can be real brain-stingers, the way they’re integrated into the game is phenomenal. You’ll learn as you go along, and feel wonderful when you find the solutions. 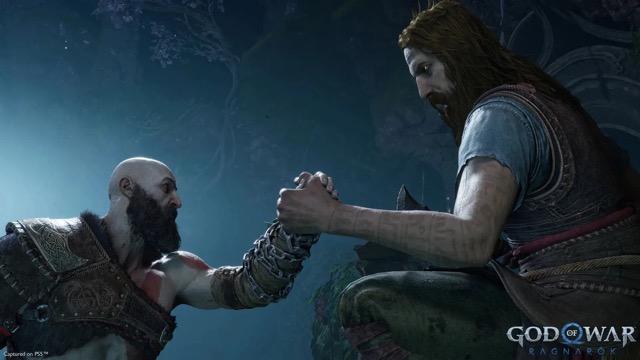 Oh, of course, there’s combat as well. And it’s truly satisfying. There are occasional quick-time events for certain ones, but for the most part, it’s about nailing visceral combos and putting enemies into the ground. The boss battles are also second to none, ranging from a large bear with a mysterious hunger to something a little more…challenging. (Again, no spoilers.) You can change the difficulty how you see fit, but even easy will have lots of blood to spill, so don’t be afraid to start off slow.
The way that your DualSense controller responds to the action is magnificent, and the gameplay itself reacts just as perfectly as you’d expect with a game like this. What’s more, there’s some cool gear to pick up; and being able to call upon Atreus to play a more active part in battles is really cool as well.
Oh, and if you play on a heavier difficulty, be ready for a challenge. Don’t say we didn’t warn you. This is God of War, after all.

It’s Time To Ragna-rok
Honestly, there’s nothing that really came up short for me with God of War Ragnarök. While some of the environments may not be that creative, they’re absolutely involving and keep you enthralled in the world Kratos and Atreus inhabit. And the storytelling is about on the mark thanks to the voice acting that truly brings it to life. We’re still impressed by how well it all came together.
Couple that with some drool-worthy visuals that bring out the best in the PS5 (or the PS4, if you still have one) and gameplay that keeps you excited for what comes next, and you have a sequel that easily qualifies as one of the best of the year. It’s fantastic to see how far this journey has come, and there’s always room for another adventure down the road. How it will topple Ragnarök will truly be a sight to see.

The Bottom Line:
Wow. We can’t wait to dig in to God of War Ragnarök even more. It has an impressive amount of content to offer, along with jaw-dropping visuals, great audio work and lots of enemies to tear to pieces. By the gods, indeed.

Want a PlayStation 5 to play God of War Ragnarök on? Or perhaps another console? We’re giving one away! 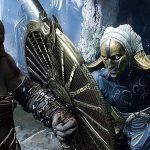