The Sonic the Hedgehog series has certainly seen its ups and downs over the years when it comes to changes in formula. Where you have the 2006 Sonic the Hedgehog and Sonic
Unleashed
on the lower end of the spectrum, you have innovators like Sonic Mania and Sonic Generations on the other.
But with Sonic Frontiers, we’re happy to report that things are on the up and up for the hero. While hardly a perfect endeavor, Frontiers makes a number of changes to formula that stick and still remembers the fans with lots of elements that made the franchise work so well. The end result is a mix that takes a slight bit of getting used to – but once you do, you might just enjoy this open-world ride.

A Mysterious World
A strange enemy has trapped Sonic on an island with all sorts of ruins and strange enemies to explore, as he seeks out his allies Tails and Amy. Of course, there are other characters here, including Dr. Robotnik, who has a new nefarious plan up his sleeve.
Over the course of the game, Sonic will drop into “virtual” levels to unlock new parts of the island. These are represented as “classic” levels akin to what you may have seen in Generations and Sonic Forces. They’re actually done really well, although their speed can take a little getting used to in some places.
But the open world is pretty fantastic. There is a pretty good amount of draw-in when it comes to visuals, and yet it still looks impactful in terms of design. You could explore this space for hours and find collectible secrets galore, and even go to higher platforms to get a good look around. It’s all done pretty well for the most part, and some of the towers you’ll ascend are truly impressive. 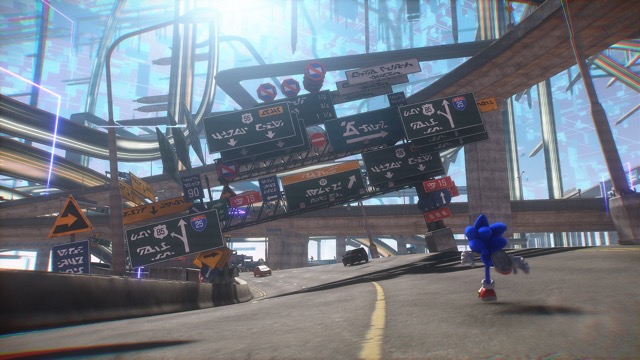 On top of that, combat is handled impeccably well here, using Sonic’s “zip” ability to go from target to target, as well as using his kicks in close quarters. It doesn’t truly evolve like I was hoping it would, but it still works with hardly any problems. Not only that, but the boss battles are challenging and wild to get through, especially as you get later into the game.
Oh, and make sure you keep an eye out for Big the Cat. That’s right, he’s back, and he’s got some great fishing mini-games to partake in. You might be wondering why you’d fish when such a massive world is open for exploration. But trust us, it’s good fun.

A Sharp Looking Game, Somewhat
You saw above that we mentioned the draw-in. This is especially evident with the Nintendo Switch version of the game, along with its somewhat slower speed and lacking detail. It’s also slightly noticeable on Xbox Series S/X and PS5, with parts of the island that pop up out of nowhere. However, if you can look past this, you should be happy with the way the visuals come across. You can either bump up the frame rate to 60 frames per second or take in the 4K beauty at 30 FPS. Either way, you’ll like how it all comes across. Plus the virtual levels are rather cool as well, if a bit familiar. Also, there’s something to be said about the new enemies here. They provide a great deal of variety here, as well as a hint of strategy when it comes to Sonic’s play style. It all looks pretty great, though the camera can be unwieldly with certain types (like the dude that throws around
his body like a fan). 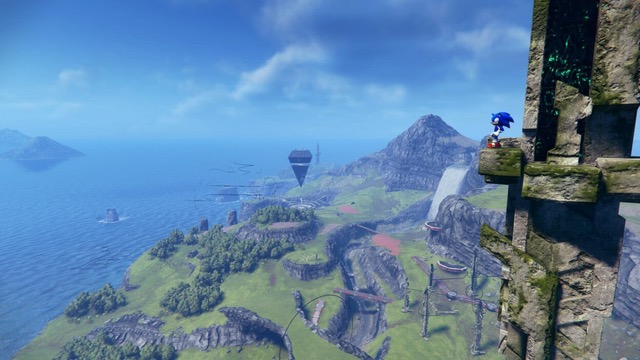 Backing up the fun graphics is a comprehensive – and enjoyable – audio package. The atmospheric music is great in both the island world and the mini levels, capturing the theme of Sonic very nicely. The sound effects are top-notch too, with some old-school favorites mixed in with new ones. Rounding everything out is good voice acting, with Roger Craig Smith and Colleen O’Shaughnessy continuing to give their characters life. The robotic voice helping you around the island can be a bit average, but at least she’s helpful.

Explore These Frontiers
We know you might likely be busy with other epic experiences out right now – such as God of War: Ragnarök – but you should definitely add Sonic Frontiers to this list. It brings a new style of play we didn’t think would work in Sonic’s world, but, boy, does it. On top of that, the mini levels provide lots of nostalgic fun to boot. Throw in a mostly strong presentation and hours of play, and you’ve got all the more reason to have Frontiers in your collection.
We can’t wait to see where Sonic goes next. (And hopefully he brings Big the Cat with him.)

The Bottom Line:
Sonic returns – and how – with the innovative and fun Frontiers, and fans should indulge with a visit to this fantasy island.

Need a fresh new console to play Sonic Frontiers on? We can lend you a hand with our giveaway! 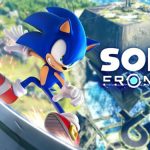