It’s been about six painstaking years since Nintendo announced that it would be pairing up yet again with Platinum Games to give us a third go-around for Bayonetta. And so we waited. Patiently. Playing through the first two games again to give us an idea of what kind of mirth and mayhem would be waiting in the third. And we waited. And waited.
But, finally, Nintendo began to release little bits of gameplay and information, indicating that we were finally going to get our bewitching wish. And now, finally, it’s arrived. But was it worth the wait? We’re going to say…yep. It sure is.
The fact of the matter is, Bayonetta 3 is loaded with more chaos than ever before this time around. But that’s a good thing, leading to more epic battles, fun story twists and the kind of gameplay that’s really evolved into something special. If you’re a fan of this series and don’t think this game can excite you, well, you might want to re-establish your priorities. Because, man, does it.

The Devil’s In the Details
This time around, Bayonetta has some help from her buddy Jeanne, along with a new wildcard, Viola, who has a sword and a little friend that assists her every step of the way. No matter who you choose, however, you’re taking on a diabolical demon force hellbent on taking over the Earth. And we can’t let that happen, now can we?
What’s great here is how well the gameplay holds up. The hack and slash is back for more, and there’s some awesome witch time depending how you dodge or block (with Viola) with certain attacks. Of course, things get chaotic, in the best way possible, and watching the stylish execution of some of these bosses is a sight to behold. That said, try to go on a higher difficulty if possible. The real challenge awaits there. 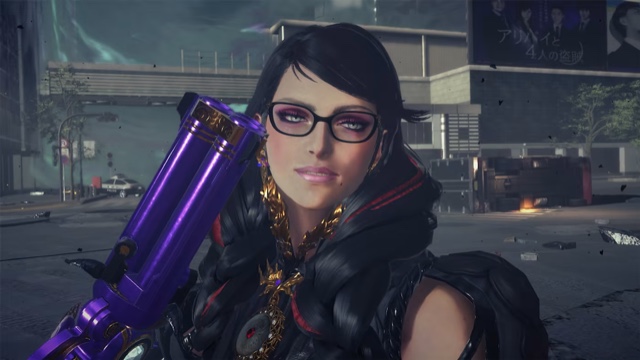 Viola plays beautifully, though you need to change up some tactics along the way. To activate her witch time, you block instead of dodge. It’s a neat little switch-up, however, and works wonders for your play style. Perhaps the best thing here is demon summoning. Here, you’ll hold down a shoulder button and call upon a demon to help out, whether it’s a giant crab or a large lady that doesn’t mind stomping down on some monsters. You’ll need to use them sparingly, but they can help out in a pinch if you’re overwhelmed. This, combined with the sweet weapons system, will definitely keep you busy.
Plus there are other segments that keep the game interesting, including some cool little stealth sequences (that require some slight adjustment, but not much) and even some creature stuff that’s fun to play. Overall, the balance here is staggering – and a good time for anyone who cares even slightly for a game of this nature.
Not to mention there’s tons to unlock, including new modes and other collectibles that you can add to the mix. In fact, there’s even more here than there were in the first two Bayonetta games. We’re still trying to figure out how this is even possible.

A Great Looking Venture, To a Point
Let’s talk about the game’s presentation. Once again, Platinum pushes itself to get the most out of the little Nintendo Switch, and it shows. There are times that the 60 frames per second stutters to a slower speed, yes. And some details are lost in the midst of larger boss battles, to the point that you might get a little lost. But, damn, does this game look good. Watching a huge beast come at you and cutting it down to size is a great deal of fun, and a sight to behold. Not to mention the smooth animations and neat little visual effects shine through when you least expect them. Even in the midst of chaos, this game looks like a wonder. 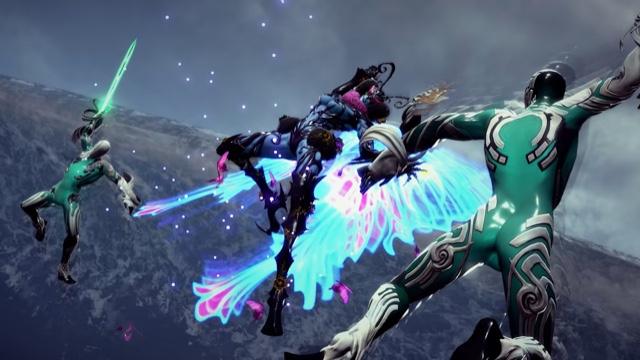 Not to mention the audio is terrific. Once more, the music is wonderful, with tracks that play out with everything that’s at stake, with dramatic effect. There are some good ol’ tunes in here as well, for fans of that sort of thing. That, combined with the sound effects, really bring the ears popping to life.
As for the voice acting…well, we know some people had issue with Hellena Taylor leaving. But Jennifer Hale fills in without missing a beat, and quite beautifully, especially during combat. Not to mention the other actors fulfilling their roles with ease. Honestly, I couldn’t even tell that Hellena was missing most of the time. I liked how it all came across.

Don’t Let This Witch Get Away
For her third go-around, Bayonetta seems to save the best for last with part three. It’s bigger, badder and better than ever before, especially with its epic boss encounters and wild gameplay. Not to mention it looks razor sharp (most of the time) and sounds wonderful. Plus there’s a lot to unlock here, especially if you’re a Bayonetta devotee. Once again this witch has cast her spell on us – and we love it.

The Bottom Line:
It took so long for Bayonetta to return, but we’re thankful for it. Bayonetta 3 is easily the best in the series, and a must for anyone who even gives an iota about witchiness.

Hey, want to win a Nintendo Switch – or another console of your choice – this holiday season? Check here for more details on our giveaway! 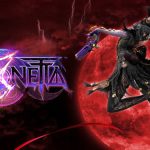