It’s funny how the smallest thing can inspire absolute greatness. For instance, the creation of Pac-Man came from a pizza that had a slice missing out of it. And now another wacky story has surfaced, showing us that inspiration can come from the unlikeliest of spots.
In 1986, Sega released Out Run for arcades. It became an instant classic, shooting up arcade sales and becoming a sensation that would last for years to come, thanks to sequels like Out Run 2 and Outrunners. Of course, a lot of praise goes to Yu Suzuki, the legendary Sega producer that would also give us other greats like Shenmue and Virtua Fighter.
But there’s something about Out Run. Its racing legacy lives on today, thanks to the release of an Arcade1up sit-down cabinet featuring the game and its many sequels; as well as home releases that continue to thrive, like on the just-released Sega Genesis Mini 2.
But where did Suzuki and his team find the inspiration to put the game together? In an unlikely place – a 1981 film that continues to be a cult classic to this very day. And that film is The Cannonball Run.

The Cannonball Run initially released in theaters all the way back in 1981, inspired by an outlawed cross country race that had taken place a couple of years prior. It was directed by Hal Needham of Smokey and the Bandit fame, and he decided to bring back Burt Reynolds along for the ride as one of the main racers, J.J. McClure. (For good measure, he was paired up with Victor, aka Captain Chaos, portrayed by Dom DeLuise. 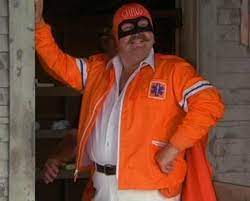 The story revolves these racers going from “sea to shining sea,” evading the law and running into all sorts of comical encounters. The film stars plenty of popular faces from the 80s, including Rat Pack alum Dean Martin and Sammy Davis Jr., along with 007 himself (at the time), Roger Moore; Jamie Farr as an arrogant sheik; and, in one of his earlier U.S. appearances, Jackie Chan.
While not a major critical success, the film saw box office gold, making over $150 million. It also inspired racers across the globe, as well as Chan, who would use the formula for including bloopers at the end of his films from thereon in. But, most importantly in this case, it inspired Suzuki to give a new racer a try after the arcade success of Hang-On and Enduro Racer.

Obviously every component of Cannonball Run couldn’t make it into Out Run, but two concepts remain intact – high-speed racing in a souped up Ferrari (similar to the one Martin and Davis race in the film), and the “sea to shining sea” concept, where racers could pick their routes to get to one of five finishing locations.
Suzuki wasn’t happy with the idea of a car exploding upon hitting something, which had
previously been seen in Atari’s Pole Position. So, instead, it inserted high-speed thrills, but with a cost of the driver went off-road – temporarily flipping over your vehicle and leaving your ride-along girlfriend wondering what happened.
The game’s speed was put together thanks to beautiful 3D effects which, at the time, were revolutionary in the arcade industry. It would later prompt Sega to create even more 3D classics, including more contemporary racers like Sega Rally and Daytona USA.
But the thrill of Out Run is still unmatched to this day. Suzuki and his team created gold, whether players were behind the wheel of the stand-up model or the deluxe sit-down version. It continues to be a favorite to this very day, celebrated for its simple high-speed thrills, selectable soundtrack (“Magical Golden Shower” for the win!), and fast-paced racing.
And the fact it gained such inspiration from such a fun movie as The Cannonball Run shows that it’s great to see inspiration rewarded over the years. Now if we could just get that movie a digital re-release already. C’mon, Disney.

Hey you! We’re giving away a game console of your choice! Find out how to win here!