It’s not like we needed another fox as a game hero, as we already have Fox McCloud making the rounds in the legendary StarFox series; and we shouldn’t forget the hit indie release Tunic, which has a Link-style hero that’s, yep, a fox. But indie devs Glowfish Interactive decided to call upon a new kind of hero with their indie release Trifox, which isn’t a bad little game. It has its flaws, but, honestly, it’s got a bit of refreshing design to it.
The game features a character going after a rather unique item, but one we can kind of relate to – a remote. In an effort to get it back from goblins, Trifox picks up a bevy of weapons (which he can change over the course of his adventure). Never mind buying a universal remote – there’s a point to make here!

A Great Looking Title
First off, you’ll enjoy the vibrant looks that Trifox brings to the table. Its creativity flows around every angle, particularly with the world design and how the enemies can be dispatched in comical ways. Not to mention that the colors are a delight, really bringing out the most in the overall world. That said, there are some sections that are a bit on the difficult side, along the lines of what we’ve seen in the Crash Bandicoot games. Just so you know.
The animations are top notch as well, and a good portion of the weapon effects really shine through on the screen, though some are obviously better than others. (But we’ll get to that.) Rounding out the presentation package is a solid amount of audio quality, complete with good music and neat little sound effects. Grab some headphones for this one. 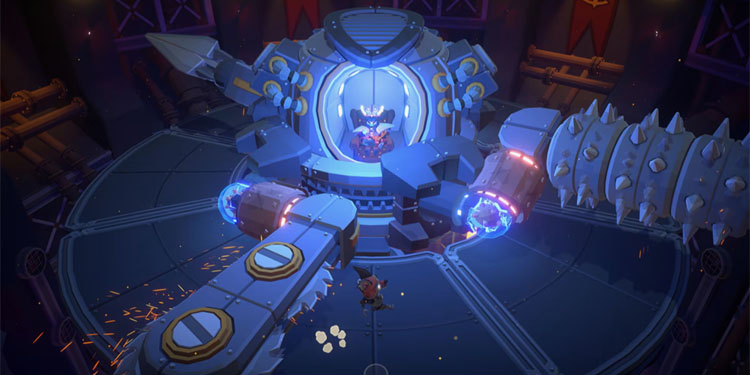 Good Gameplay, But With Faults
There’s some great gameplay involved with Trifox, as you can mix up whatever weapons you have in your arsenal while getting new ones. Some are with some flaws, particularly with the way they can break apart – right when you need them the most. But the variety has a nice touch; and the handling is very good for the most part. Again, there are difficulty spikes, so be ready for that.
That said, there can be a problem with some weapons being better than others. This creates a default collection that you may not want to shake free of, taking away some of the creativity that the developers at Glowfish had in mind. Some players may want to take the plunge, but others may be a bit too comfortable here.
Finally, the game as a whole comes to a close too soon. Even with a main hub that divides into smaller hubs and some great boss battles, we wrapped up the whole thing in a matter of hours.
It would’ve been nice to have a bit more to chew on, but maybe we’ll get that in an update. 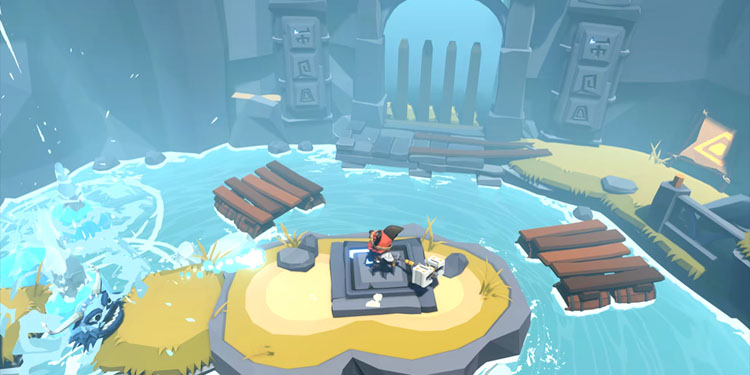 Sly As a Fox
While there are some imperfections that some people may have trouble getting past, Trifox is a nice little debut from Glowfish. It looks very good and has strong audio, and the gameplay, while not perfect, has its moments as well. This is well worth your time if you’re ready for a fun 90’s style of adventure – or maybe something that reminds you that Fox McCloud isn’t the only member of the breed ready for a fight.

The Bottom Line:
Chalk up another indie winner featuring a fox! While Trifox has some setbacks, there’s enough here that you’ll want to partake in. 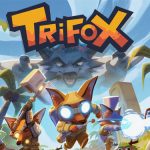