Speed of the wild.

We’re just a few weeks away from Sonic Team’s most ambitious Sonic the Hedgehog game in years, Sonic Frontiers. And while some may have mixed opinions about how the game will come across, there’s no question that the developers are putting their all into creating a unique experience.
And a good deal of that experience comes off with the open world design. Sure, there are Sonic style levels to check out, in 3D and in 2D (perfect for those that miss Sonic Generations), but there’s also a whole mess of exploration to take on, as you venture through a world akin to Nintendo’s The Legend of Zelda: Breath of the Wild. But with a Sonic touch, mind you.
Before we jump in to the adventure in just a few days, let’s take a closer look at what’s in store. 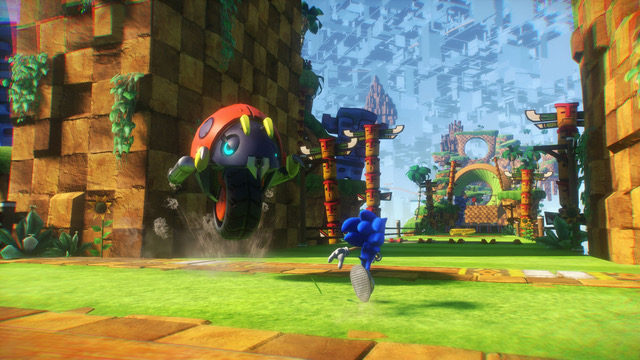 Getting Around
Some people believe that it might actually take a good while to get from place to place in such a vast space, even with Sonic’s super speed. But not to worry – Sonic Team has actually incorporated the world with the traditional rails and springs that Sonic has become accustomed to. As a result, he can actually get around pretty fast, and even set up some particular stages by grinding on rails.
He also has an on-call boost, which he can activate as the player holds down the right trigger button. But this also introduces a new ability with “looping.” Using this, you can complete a circle and pretty much trap whatever’s inside. It’s a distinctive touch, sort of like what Sonic Team did with NiGHTS Into Dreams long ago on the Sega Saturn. (Remember that?) Sonic can also attack directly with a few hits, in case he needs to get into close quarters combat. That said, you will want to keep an eye on enemies, as they get tougher as his journey goes on. Fortunately, he can unlock new abilities that will help him square up with the best of them, making Sonic Frontiers feel more evolutionary than you might expect. 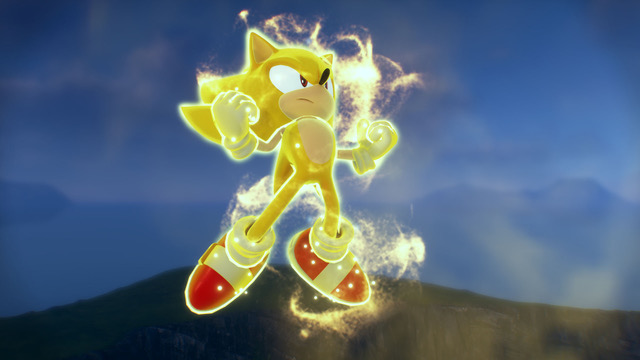 A Whole New World?
As we mentioned above, Sonic Frontiers does something a little old and new with its world design. There are some platforming sections akin to some of Sonic’s best games, including last year’s Sonic Colors re-release. But there’s also some great open world sections, though they can look a bit plain compared to the more colorful levels the hedgehog has come across.
Still, the fact you can find so much in these worlds is something else. What’s more, the game moves at a pretty quick clip thus far, with beautiful animations that even look good on the small Nintendo Switch screen. (Obviously, the PS5 and Xbox Series S/X editions are the best way to go to get all the visual beauty you need.)
The only downside is that there are cut scenes aplenty that tell the story. Granted, it’s a good story here, but some players simply want to speed through and enjoy what’s offered. That said, some may want to see where Sonic journeys next. We’ll have to see how this pans out in the final release.
There should also be a good soundtrack, based on the tunes we’ve heard thus far. We still have yet to take in the entire set of tunes, but it sounds like Sonic Team will be taking steps in the right direction here.

Don’t Judge a Sonic By Its Cover
Some of you may believe that Sonic Frontiers isn’t the game for you. However, the way that it’s coming together, it offers a lot more than you might expect from one of his adventures. Plus no human girl to awkwardly kiss this time around, so there’s that. Sonic Frontiers arrives on November 8th for consoles and PC.