Things are looking golden this January.

Though players will be able to experience Persona 5 Royal in just a few weeks on other platforms, they’re probably curious as to when they’ll be able to dive into classic Persona adventures on their platform of choice. Good news – you won’t have to wait too long!
In a recent announcement on Twitter, Atlus confirmed that both Persona 3 Portable and
Persona 4 Golden will make their way to Xbox platforms, PlayStation platforms, Nintendo Switch and PC on January 19, 2023. In addition, the games will also be available on Xbox’s Game Pass service.
That’s just about three months after Royal makes it debut on the platforms above on October 21st, providing plenty of Persona love to fans of the series. You can check out Atlus’ custom image for the games below. 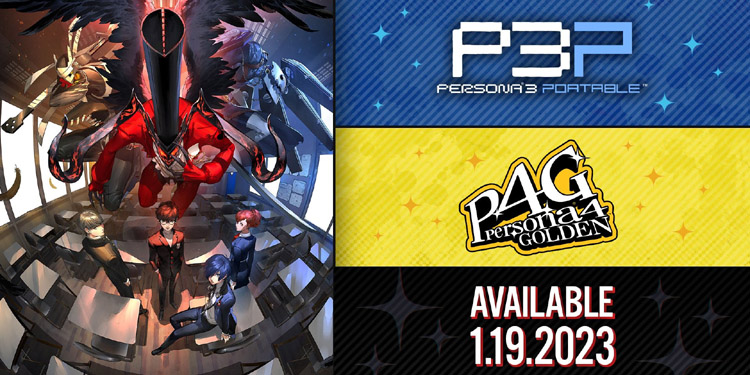 Happy Persona-ing!
We’re giving away a game console of your choice! Find out how to win here.