It’s hard to believe that Shovel Knight is already several years old, and yet it still feels surprisingly fresh and fun. That said, it’s also created a really neat legacy between the original game, its many spin-off DLC packs, and with Shovel Knight Pocket Dungeon, which added some groovy roguelite puzzle elements into the mix.
Now we have Shovel Knight Dig, a game that combines platforming action with elements from Downwell and Mr. Driller to create a worthwhile follow-up. Developed by Nitrome, it’s just as worthwhile an endeavour as the original game, and well worth, ahem, digging into. Oh, look, now we’ve dug ourselves into a pun hole. Well, might as well keep going.

Shovel Knight’s Gotta Start Somewhere
The game focuses on a villain named Drill Knight, who’s dug into the deep underground alongside his henchdiggers to see if they can find a hidden treasure. The problem is they’ve created a large hole in the ground, creating a dangerous situation for those above it. It’s up to the would-be shoveler to, ahem, dig in and see what’s happening.
The Mr. Driller/Downwell style element comes from starting on the surface and digging your way downward. Along the way, you’ll defeat enemies, bounce off of platforms and collect gems. The further you dig, the more you’ll get; and the more opportunities you have to buy cool upgrades that can help you on your run.
However, you shouldn’t dilly-dally. The thing about Shovel Knight Dig is that you have to keep moving. Otherwise, a huge drill saw will come along and hunt you down until you reach the next zone, which is kind of a safe point. So you’ll have to think on the fly as each new set of levels changes.
It’s a remarkably designed game, backed by solid controls that prevent you from making too many mistakes, aside from human error. The dig mechanics are excellent, and they really come into play in later parts of the stage, where you have to find solutions to find the next best route. It’s really cool, and provides a “live as you learn” technique that you can master with future runs. We totally, ahem, dig it. 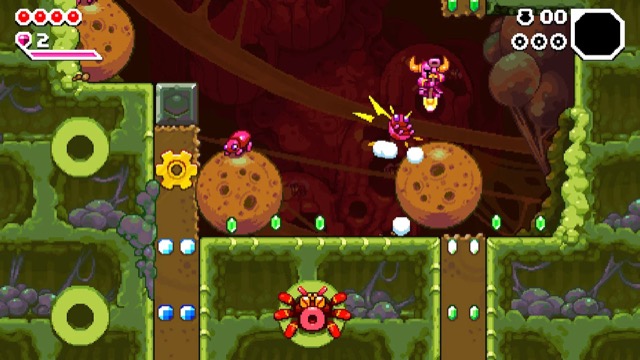 We Dig the Graphics Too (We Just Can’t Stop With These Puns)
While we’re at it, let’s talk about Nitrome’s charming presentation.
The visuals are great, along the lines of what Shovel Knight initially offered, but with a little bit of polish here and there. The ever-changing levels provide a nice touch, and it’s great to see hidden things that you can try and go back for – provided you don’t have a giant killsaw coming after you, of course. The other characters are just as enjoyable, and even provide a good sense of humor as you make your way towards another run.
Also, the music is top-notch, along the lines of the original Shovel Knight’s soundtrack; and though there isn’t much to the sound effects (no voicework or anything), it maintains the status quo of what the original game did with its classy soundtrack and effects. In other words, it’s something you’d totally find in the NES/SNES era – and we’re cool with that. 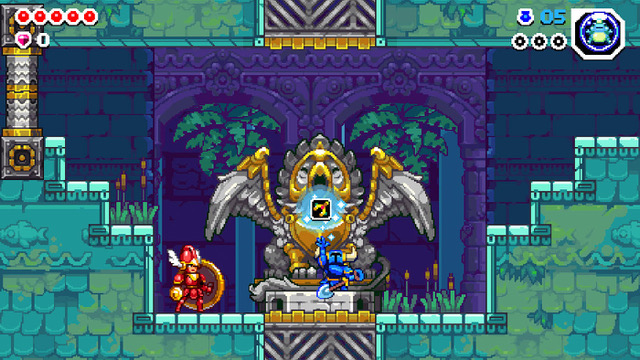 Unearth This Treasure For Your Library Today
Even with its somewhat short length (runs don’t last incredibly long, like the original game), Shovel Knight Dig is a terrific follow-up for the original game. Its gameplay is fast, challenging and fun to play; and the stuff you can unlock will keep you coming back for more with future runs. Throw in a presentation that can’t be beat, and you have another winner in the growing line of Shovel Knight games. Seriously, what genre can Yacht Club Games cover next? We’re smelling a Shovel Knight RPG on the horizon, Zelda style.

The Bottom Line:
Even with its shortened length, Shovel Knight Dig is just as much fun as the original game. And its varying levels and fun incentives make future excursions all the more worth it. 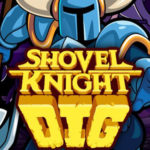