The legend lives on.

Radiant Silvergun was one of the games that truly put the developers at Treasure on the map.
First released on Sega Saturn, the game found a limited audience, but one that was truly appreciative of its thrilling shooting action, memorable soundtrack and insane (for the time) visuals. Years later, Microsoft would give it a second chance at life with an Xbox 360 port, improved with some HD touch-ups and featuring full backward compatibility with later Xbox consoles.
Now the game has made its way to another platform, its most popular yet – the Nintendo Switch. With Live Wire’s latest release, Radiant Silvergun has the opportunity to score even more fans. And rightfully so. Despite being years old and in competition with other shooters on the platform, there’s still nothing like it.

So Many Ways To Destroy Enemies, So Little Time
One unique element to Radiant Silvergun is the many ways you have to destroy enemies. You’ve got straight fire, homing lasers, concentrated beams, waving lasers and so much more, which you use with button presses and combinations. You also have a sword that can cut through some types of enemy fire, and, with enough energy, create a concussion-delivering blow that will leave the screen mostly wiped out (save for bosses).
You’ll need all of these because the challenge level is off the charts. Even if you make some adjustments with difficulty and all, Radiant Silvergun brings the fight. Fortunately, you can learn as you go along, eventually getting deeper and deeper until the final showdown with an Ultraman-like behemoth. It’s something worth checking out.
The gameplay feels perfect on the Nintendo Switch controller; and handheld mode is also noteworthy, in case you need to take the game on the road. You can also configure options and controls however you see fit, in case you have a particular style you’re used to.
The only downside is that Radiant Silvergun lacks in extras. There’s no behind-the-scenes goodies or extra scenes to dig into, just the core game itself. But for die-hard fans such as myself, that’s more than enough. 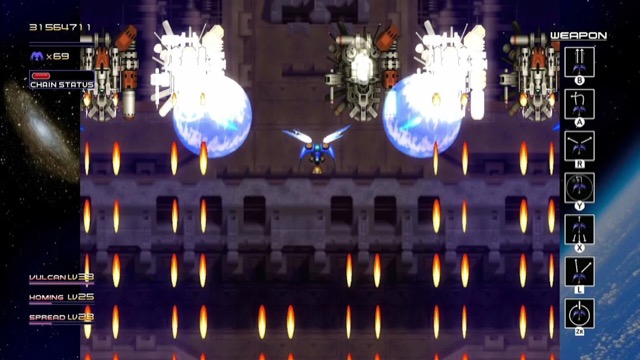 A Shiny Silvergun
For the port, Live Wire didn’t try to go over the top with Radiant Silvergun on the Nintendo Switch. But it did stay true to the original game’s code, so fans should be pleased. The 3D stages still look remarkable, ranging from fields of electronica to night time city views. Of course, you’ll be too busy blasting away at creatively designed bosses, each with patterns and techniques you’ll need to figure out – and fast. The game moves at a nice pace in both TV mode and handheld, so no matter how you play, you’re getting your money’s worth. As for the soundtrack, it’s wonderful. Hitoshi Sakimoto’s work is on full display for your ears, and continues to be utterly fantastic at every turn. From slow battle themes to an empathetic finale featuring a full choir, it’s something to behold. Pair that with great sound effects and some cheesy (but lovable) Japanese voice work, and it’s a full package that still delivers. 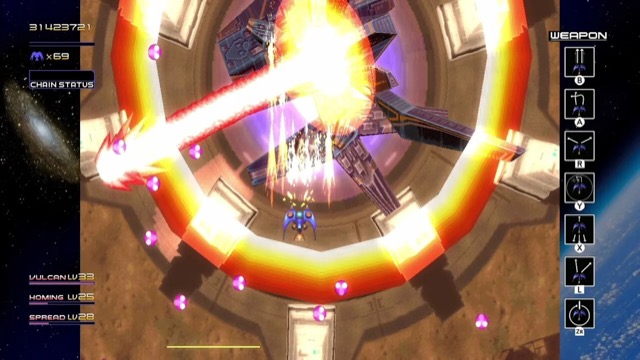 A Classic To Cherish Yet Again
Even if you own the Xbox 360/Xbox One version (or, if you’re lucky, the original Saturn release), you owe it to yourself to pick up Radiant Silvergun for Nintendo Switch. It’s a remarkable port in every way, and easily one of the best shooters ever made. And who knows, if it sells enough copies, maybe Treasure will port more of its classics to the platform. We need our Bangai-O, damn it!

The Bottom Line:
If you’re a shooter fan, you absolutely, positively cannot be without the glory of Radiant Silvergun on Nintendo Switch. Go get it! 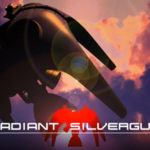