This past couple of years have provided some evolution in the beat-em-up genre, namely with amazing examples like Streets of Rage 4 and Teenage Mutant Ninja Turtles: Shredder’s Revenge.
But there’s always room for a fresh new idea on the genre, which Oscar Celestini provided back in 2020 with his simple 8-bit style brawler Last Beat.
Now that game is back with an Enhanced port for consoles, featuring a ton of goodies to unlock and enjoyable beat-em-up gameplay for anyone to get into. Plus it has just the right amount of retro flavor going for it. A genre-topper it isn’t, but for anyone that just wants a cool little brawler to play with a friend, this is a solid game to add to your collection.

Take That, Mad Stroke
A collaboration between Celestini and 7 Raven Studios, Last Beat Enhanced puts you in the shoes of two different fighters, taking on the Mad Stroke gangs (interesting name?) across eight stages. Along the way, you earn cash, which you can turn around to buy power-ups, another life on a current stage, or even unlocking additional animal-like combatants that pack a punch in their own right. Just a heads up – it does take a while to grind through the game and unlock all of this, so be prepared to go through a few stages here and there a second or even third time around to stock up. That said, at least the time goes by nicely, as you build up moolah simply by brawling with thugs. And the more hits you land, the more your money multiplies – and it can add up rather quickly this way.
The gameplay isn’t jam-packed with top-of-the-line gameplay, but what’s here certainly works. The punches and kicks land beautifully; and a special move can clear the arena once fully charged, which, thankfully, doesn’t take too long at all. There are boss encounters as well, which are fairly easy to get through once you figure out patterns.
In short, it doesn’t revolutionize the genre, but Last Beat Enhanced isn’t bad at all. 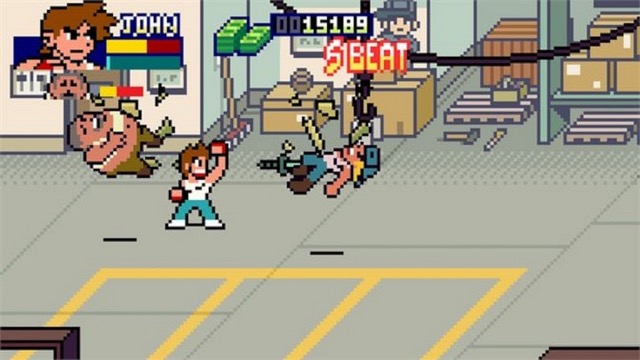 A Nice Retro-ized Brawler
Another thing that Last Beat Enhanced gets right is its presentation. The game looks like a classic NES style brawler throughout, with a great amount of detail. What’s more, the bonus bike riding stages are a treat, with obstacles that pop up out of nowhere and force you to scramble while you collect additional fuel. The in-between stage sequences could’ve used a little more animation or life (or something), as they’re merely static images. Other than that, however, Last Beat does fine on visuals.
I also enjoy the soundtrack. It does loop a bit much for its own good, but the pleasant ditties here are worth a listen, and make for good fighting tunes. The sound effects are okay, but minimal at best. Still, that leaves room to enjoy the music. 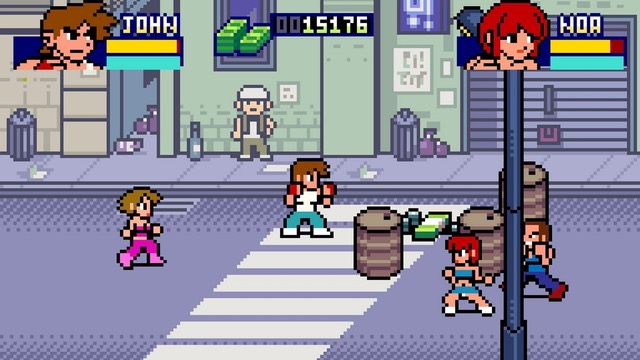 Step To the Beat
Overall, I was pleased with Last Beat Enhanced. It doesn’t push too far forward to lead the genre, but finds its comfortable place anyway, especially with good two-player action. Not to mention the fact that the game is a mere ten bucks, which you’ll get more than enough of your money’s worth from. Go on, step to this Beat.

The Bottom Line:
A good, affordable brawler with replay value and strong co-op, Last Beat Enhanced does just enough to score a comfortable spot in your beat-em-up collection. 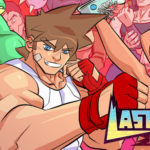