The best kind of mess.

It’s funny how quickly Splatoon has grown over the span of under a decade. The original game got its launch on the Wii U and became one of its most popular titles, mainly due to its multiplayer aspect. Then the series debuted on the Switch just a couple of years later and found even more solid footing, thanks to more maps and features.
Now here we are, five years onward, and we finally have Splatoon 3. And, as expected, it pushes the series forward in all the right ways. That’s not to say it’s an evolution along the lines of other three-quels out there. But it gets more than enough good times between single player and multiplayer to make it a worthwhile investment. Ink wars don’t get much better than this.

A Lot of Painting To Do
What’s great about Splatoon 3 is that there is literally something for everyone. Multiplayer matchups are a blast, whether you’re up for a ranked match-up or want to take on a three-way battle for turf supremacy. The Salmon Run mode is now available full time; and the single player mode is jam-packed with goodness, including secrets to come across on a hair-filled island. (You read that correctly.)
The campaign is called Return of the Mammalians and it’s ridiculous as you’d expect, introducing you to some fresh characters while also throwing in challenges aplenty. They have a natural way of ramping up, so you can get used to mechanics and finding secrets before the really tough levels come along. It’s natural and pretty wonderful, to say the least.
Multiplayer is, of course, addictive. It can take a bit to get connected in some cases, but once you do, you’ll find the match-ups to be fresh and exciting. There’s always someone new to take on, and the learning ground isn’t nearly as difficult as you might think. This is one multiplayer shooter that’s quite welcoming – and to all ages, no less.
All this is backed by awesome gameplay, once again handled nicely by the Splatoon team.
Again, it’s not entirely an evolution, but the new and old tools combined make for a great experience. What’s more, you can unlock power-ups and customize your Splatoon soldier however you see fit, honing them into a weapon you can truly do something with. It’s quite pleasing as a result. 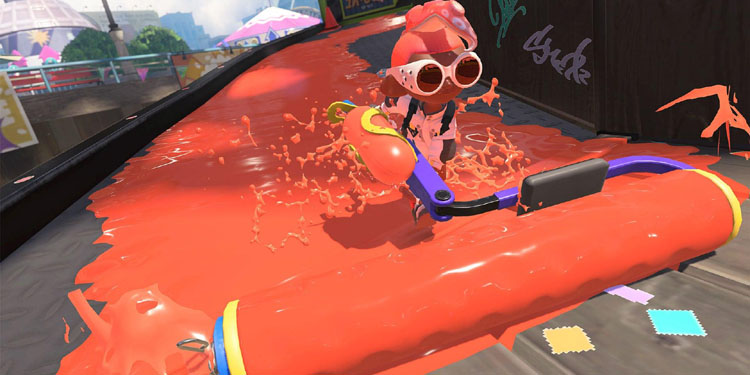 A Good Looking Splatfest
As far as appearance goes, Splatoon 3 does have a few nice overhauls here and there, mainly with the scope of the maps themselves. There’s a lot of room to wander here, and find a few secrets; and the level of detail is pretty great in both TV and handheld mode. Sure, sometimes the visuals can look a little, ahem, washed out, but overall it’s a nice push forward in terms of appearance. Plus the customization options and smooth frame rate are noteworthy as well.
On top of that, the game also benefits from a quirky, enjoyable soundtrack, with lots of beats to listen to; as well as fun little squabbling dialogue that’s hard to decipher, but still fits in with the weird motif the game has going for it. The weapon effects aren’t all that varied, but, hey, they still get the job done. 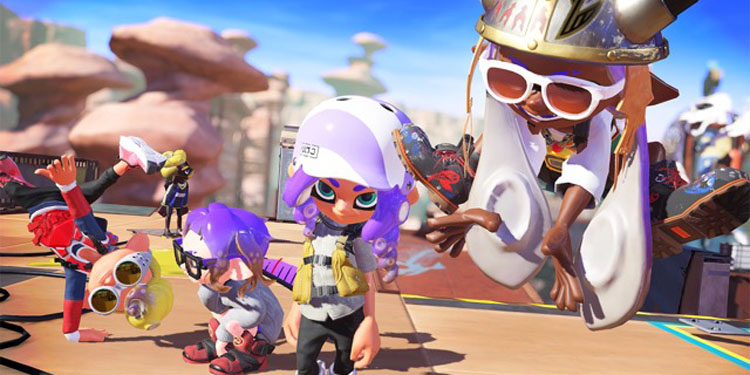 Go On, Make a Mess
Like the first two games before it, Splatoon 3 is beneficial in its own special ways. The gameplay feels as responsive as ever, and the customization options are through the roof. There’s also a lot to do, whether you want to venture out on your own or take on others for painting prowess. The presentation is top-notch, save for some minor issues that are easy to overcome. And it’s just a blast for all ages, and a fine way to make a mess for all ages. Go on, jump in.

The Bottom Line:
Though not the largest jump forward for a three-quel, Splatoon 3 still gets a lot done, and will keep you making a mess for hours at a time. 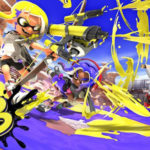