TinyBuild has been on the verge of creating some wonderful indie experiences. Don’t even get us started on how much time we’ve spent playing the Hello Neighbor games. But now comes its
most addictive – and ridiculous – effort yet with Samurai Punk’s Justice Sucks.
The game revolves around a mini vacuum named Dusty, who cleans up the house and takes loving care of his family. However, after some burglars break in, Dusty takes care of them a little too personally, and soon finds himself banished to another dimension by his manufacturer, FamilyCorp.
But it turns out the company actually has sadistic plans for his family, so now Dusty must fight his way through terrorists in an effort to save his beloved ones and stop the company dead in his tracks. So how can he do it? With Justice, of course.

This Vacuum Doesn’t Suck
One great aspect about Justice Sucks is how off the charts its gameplay is. You begin with the ability to hack nearby electronic devices that can injure any gunmen that are in the area. Alas, you must do so with stealth, because they can stomp on you – and you’re dead in two hits. So you need to think strategically in an effort to finish them off.
But that’s just the beginning. Once you do off the bad guys, you literally grind them up “for strength,” according to your mentor. And then you need to clean up the mess at the end of the level, as if nothing had happened. It’s a bizarre mix of gameplay, but it works wonderfully.
The reason for this is the endless possibilities. You can take out gunmen with a number of things, from a blasting radio to a falling fan to a window frame. Two to three hits and you can take them out of the picture and literally clean up. But they get tougher as levels go on, making things just a bit trickier.
The game is a bit on the short side, but it’s loaded with all sorts of replay value, thanks to online leaderboards and additional challenges. Nothing wrong with keeping Dusty busy, right? 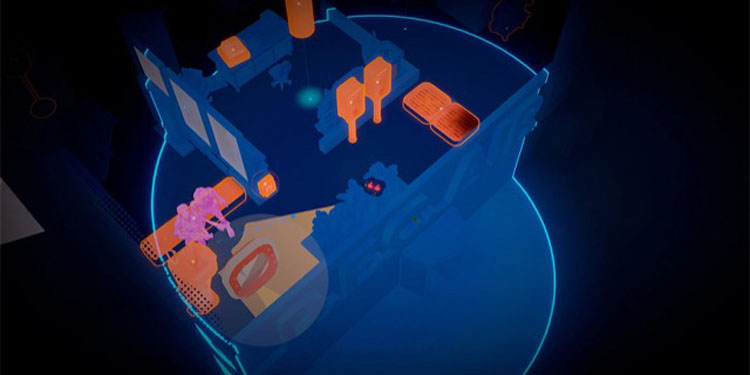 A Simple But Humorous Look
Justice Sucks also works because of its humorous presentation. Set in an overhead isometric view, the levels themselves offer all sorts of great hiding places, as well as routes to get to the bad guys before they make an effort to escape. And one simple tap of the “hack” button shows you all sorts of weapons that are at your arsenal, not to mention what Dusty can do once he’s fully powered up (like delivering a devastating ram).
Samurai Punk delivers this game with enough homebred charm, while at the same time keeping everything nicely in view. The Nintendo Switch version runs a little slower than the others, but still remains a treat to look at. Not to mention the neat little sound effects, like Dusty’s loving little sound effects and the grunting bad guys. It’s just enough to make this little indie treat shine. 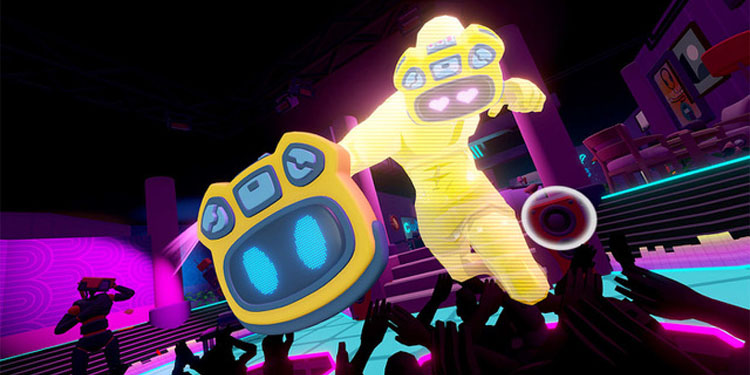 Let It Suck You In
Justice Sucks sounds like a truly sadistic game, one where you kill off bad guys and then eat them for “sustenance,” all for the sake of taking care of your family. But it’s got a ton of charm to it, and it’s extremely fun to play as you get into it. Not to mention the ability to compete with others for a high score and really stack up some devastating combos. Move over, Kevin McAllister, there’s a new house cleaner taking over.

The Bottom Line:
Justice Sucks is probably one of TinyBuild’s best games to date, a wonderful mix of bloody mayhem and strategic stacking, all revolving around an unlikely hero. We can’t wait for a sequel to come around. Maybe call it Justice Still Sucks? 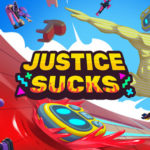