There are a ton of indie favorites that you might have missed out on over on the Nintendo Switch eShop, if only because there are so many released week in and week out. But one in particular that stands out for us is Blossom Tales, a Legend of Zelda-ish top-down action/role-playing adventure that did so well, it actually saved the developer, Castle Pixel, from closure.
Now, since the demand was heavy for one, we have a sequel, The Minotaur Prince, which doesn’t exactly reinvent the wheel, but does keep the spirit of adventure from the first game intact. And for some fans, that’ll be more than enough to justify a playthrough. What about the newcomers, though? Read on.

Ode To Labyrinth
So there’s an interesting twist with the story, which is told via flashback by an old man. It surrounds a warrior named Lily, who lives out her days with her brother on a lovely little island. However, during a fair, they get into an argument and she basically wishes for someone named the Minotaur King to take him away. Surprise, he does, and Lily must now journey across the land to defeat the King she accidentally summoned and get him back. Yup, it’s Labyrinth, but with that indie game twist.
Like the first Blossom Tales, Minotaur Prince borrows quite a bit from the book of Zelda. But there’s a bit of charm with what Castle Pixel installs into the game, between the neat characters you come across and the enjoyable dungeon roaming that you take part in. Plus, there’s a cool musical element that does add some originality. A slight dose of it, but still…
The game’s chock full of fun puzzles and even some combat that will keep you on your toes. Lily proves quite capable in combat, and some of the items are pretty awesome, to say the least.
Still, don’t expect something on the level of, say, Link To the Past. It just won’t happen. That said, for a $15 indie tribute to the series, this isn’t half bad. 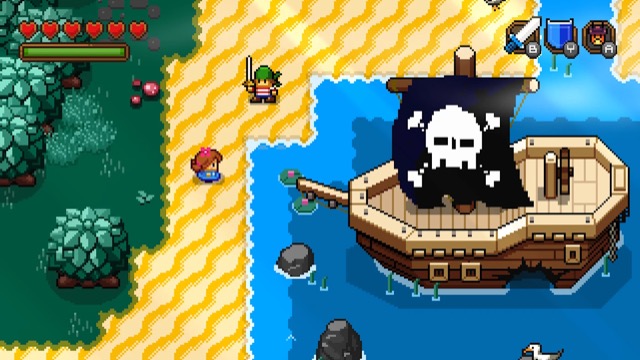 Not a Bad Retro Design, But It Lacks a Certain Punch
Now let’s get to the presentation. It does pay loving tribute to the Zelda games of old, but without going over the top on design itself. Again, some of the dungeons look great, and there are some enjoyable characters you’ll come across. That said, considering it’s from a smaller studio, it helps to have smaller expectations. But it looks about on par with the first Blossom, and in some ways, even better. So you can’t fault that too much. I just wish the soundtrack had a bit more imagination. Not that it’s terrible, really, but it lacks that certain oomph that keeps you involved with battles or exploring the countryside. You’d probably be better off just blaring your own playlist. Like the Labyrinth soundtrack. Or dare we say it, some Zelda tunes? 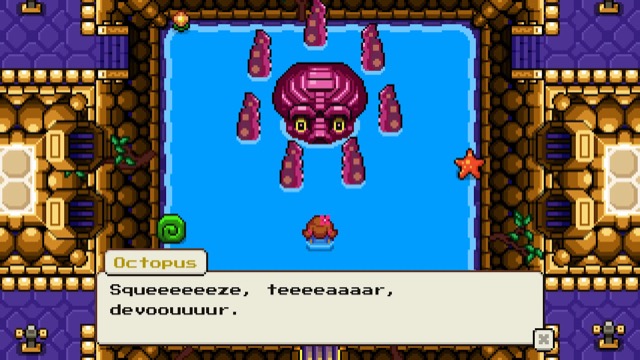 Still a Sweet Flower
While Blossom Tales II could’ve benefited from a more original story and perhaps some touch-ups with presentation, it’s not bad in the least. For a $15 price tag, you get a pretty solid adventure with hours of gameplay and some humorous moments, as well as some rad boss battles and dungeons to knock out. It won’t win you over like, say, A Link Between Worlds, but if you loved the first Blossom Tales or just need an indie favorite to tide you over, this flower blossoms pretty beautifully.

The Bottom Line
Not quite the sweet sequel it should’ve been, Blossom Tales II wins with a number of creative elements and some enjoyable gameplay. 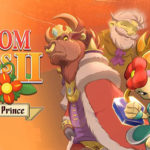