Welp, so much for my appetite.

I’m always appreciative of a new 3D platformer on the market, provided that it can hit the footnotes with its gameplay and offers something new to the growing genre. Well, Hell Pie definitely does both of these things. That said, it’s not really a game for everyone, but those that value gross humor and challenging gameplay are sure to welcome it.
The name really says it all. You’re an underling in Hell that’s been charged with putting together a dessert for the emperor of the place, Satan. But this isn’t a matter of buying an Easy-Bake-Oven kit. Nope, he wants the desserts of all desserts, something so gross and disgusting that Gordon Ramsay would become violently ill looking at it.
So, with the help of his little cherub buddy, this demon works his way through hell, getting around sections and defeating enemies while collecting the ingredients. It’s a dirty job, but, hey, someone has to do it.

Surprisingly Well Put Together With Gameplay
What’s great about Hell Pie is how wonderfully natural its gameplay feels. That’s not to say it’ll replace Super Mario 64 or anything, but it’s pretty awesome how well the controls evolve over time. The grappling technique by itself is awesome; and as you upgrade your cherub buddy, you can really open up the stuff that he’s able to do.
Likewise, the combat is smooth and natural, even if you’re up against some, erm, questionable enemies. That’s Hell for you. Fortunately, the game doesn’t wear out its welcome, and some of your character’s upgrades – like being able to ram through a wall – are very cool.
That said, collecting some of the collectibles can be a pain at times. Some of them are really hard to get to; and others require you to upgrade your cherub more than you would yourself.
It’s a slight lack of balance, but nothing that throws off the game as a whole. 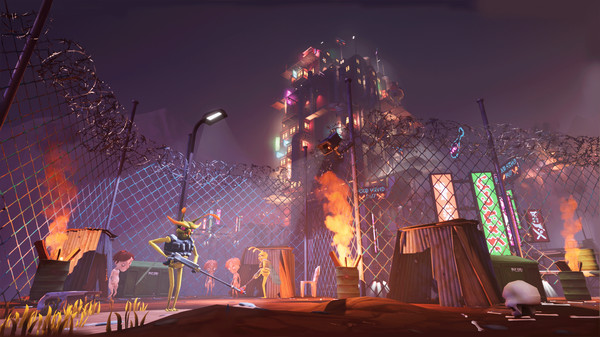 So This Is What Hell Looks Like
Meanwhile, let’s talk about the presentation. On the one hand, the game’s depiction of Hell is rather creative, thanks to some sweet level design and some interesting challenges you overcome later on in the game. That said, some of this stuff is…well, gross. So how you get into toilet humor as a whole will really be the factor in whether you pick up Hell Pie or not.
There are some neat ideas here, though, and the overall “cute” factor – even with a disgusting undertone – is an ingenious touch. Again, it all depends how much you can take. If you handled Conker’s Bad Fur Day without breaking a sweat, you should be fine here.
The in-game music is pretty good, and the sound effects are spot on in terms of what you may find in a demon underworld. That said, it did pain me a little bit that the game didn’t have any voice acting. Imagine a demon with the voice of Patton Oswalt. Or even Troy Baker. A few more bucks in the development cycle and we could’ve had a character for the ages. As it stands, it’s just too darn quiet. 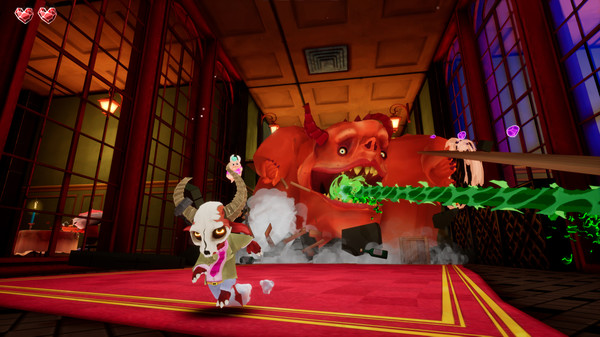 A Sweet Treat For Some
I will admit, there’s some things with Hell Pie that aren’t quite so savory, like the overabundance of collectibles and the lack of voices for these characters. And the humor’s definitely going to turn off some of you out there, for sure.
But if you can stomach the poop jokes and hellish content, there’s surprisingly a lot of game here. The gameplay is really well put together, and the upgrades actually make a bit of a difference. Some of the design ideas are a lot of fun as well. If you’re looking for a new platformer and don’t mind a little fiendish content to go along with it, Hell Pie is worth adding to your menu. If not, well, um, there’s always Kao the Kangaroo, right?

The Bottom Line:
Its content may not be for everyone, and there are some things off about it, but Hell Pie still succeeds with its solid controls and humorous visuals. 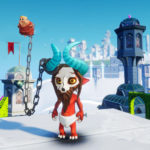