With so many “shmups” finally making their way to the market, it helps to have a hook that makes a developer’s new game stand out from the rest. After Wave: Downfall does this by taking two unique steps. Number one, it markets the game as an all-ages adventure, with cartoon-style characters and enemies to take on. And number two, it’s actually here on Earth, where you take on devastating animal and fish enemies. Ah, Mother Nature has turned against us!
But in spite of these interesting changes, After Wave: Downfall can’t find its groove. Part of that comes from the deceptively difficult settings throughout, which can’t be adjusted until you unlock them in game. And the other part? Other little things, like the repetitive soundtrack and the difficulty. The heart’s in the right place, but clearly there was a problem with execution. 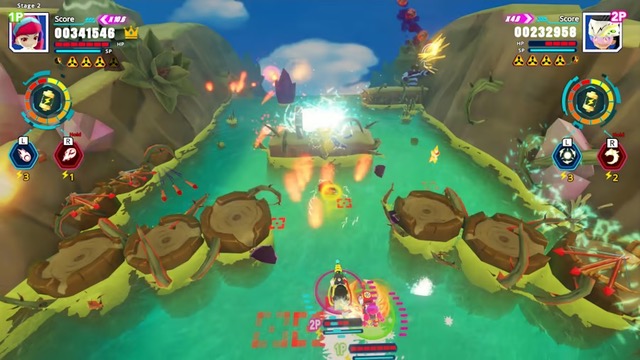 Blasting Down the River
Your characters are tasked with cleaning up against all sorts of animal enemies that are coming at you, from large fish that try to crush you at every turn to beavers that are armed with…crossbows? (Yeah, maybe they’re part of a union.) On the one hand, it doesn’t make much sense. But, again, it’s different, and something we normally don’t expect in a shooter.
That said, the gameplay seems a bit one-note. While there are cool power-ups to lend a hand, their usage is far and few between, leaving you with general firepower to destroy enemies. The bosses can take too long to destroy as a result, and considering the game’s high difficulty level, this means some of you won’t even get past the first stage.
And keep in mind this is on the default difficulty. You can unlock even tougher ones as the game goes on, but it would’ve been nice for the devs to provide a bit of a break for newcomers.
On the bright side, co-op isn’t bad at all. It’s fun to run and gun with a second player in tow.
That said, there’s no online, so hope you can find a nearby friend. 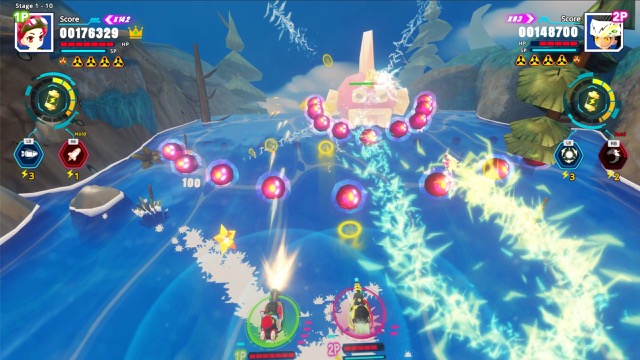 It Looks Great, But the Sound Is Too Familiar
After Wave: Downfall does benefit from delightfully colorful visuals, as well as cute animations for the bosses and other characters you go up against. There are times that the frames skip around a little bit, but never enough to really get in the way of being a visual feast. It’s also cool to see the different characters contribute various actions, especially in co-op.
That said, the music could’ve been much more varied. The energetic theme presented here is all right, but it repeats. And repeats. And repeats. This is a game that could’ve used more mixing up in the soundtrack. As for sound effects, they’re minimal. Firing effects and that’s about it. After Wave could’ve used more character input to smooth things over.

After Wave Is Soaked In Averageness
I really wanted to like After Wave: Downfall more. Its theme is original and pretty neat in its own wacky way; and the visuals don’t disappoint, especially on Xbox Series X. However, the lacking soundtrack, tiresome difficulty settings and unbalanced gameplay keep this from going upstream like a mighty yacht. Instead, it falls to the bottom of the sea like a used canoe.
Maybe some patches will improve it in the future. As it stands, however, it’s average at best. It might please those looking for a hardcore challenge alongside a friend, but it could’ve been so much more.

The Bottom Line
What could’ve been an innovative and neat shooter is instead left behind with its poor difficulty choices and lacking aspects. After Wave: Downfall deserved better. 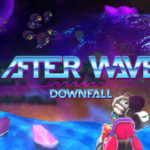