Why would anyone make a game where the lead character is a cat? Well, I mean, why wouldn’t you? The fact of the matter is it’s an original idea, and, if done right, it can make for a compelling game experience. Well, let me tell you something. Stray gets it right.
This unique adventure from BlueTwelve Studio and Annapurna Interactive hits the spot in all the right ways. It does require a little patience, especially when you realize that you’re a cat and that comes with certain limitations. However, the true charm of the game shines throughout; and the original theme built behind it is really something. Plus, dare we say how good it looks on next-gen hardware? Because it does. 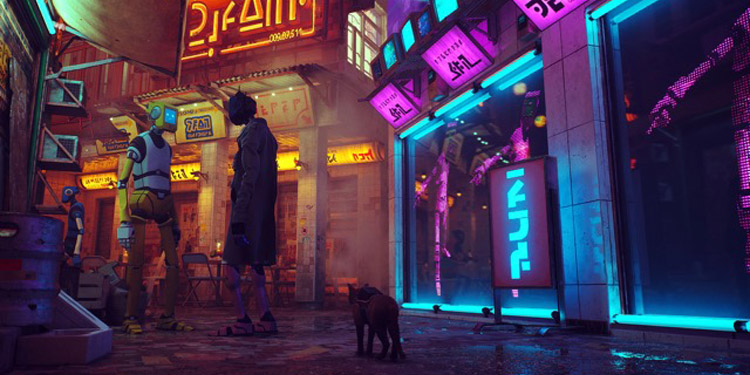 A Cat’s Tail…Er, Tale
The game puts you in control of the cat, finding their way into a futuristic city. Of course, it doesn’t want to stick around, so it’s your job to get it out of there. Along the way, he makes a sort-of friend in B-12, a robot that provides guidance and tips on things you come across.
However, most of the actions are up to you, whether it’s reaching a higher ledge or figuring out one of the puzzles in an effort to get to the next stage.
What’s great about Stray is that it never, um, strays from its theme. It continues to stay true to the nature of the cat, and everything it can do, from knocking things off ledges to escaping from enemies to – surprisingly – landing on its feet in some situations. That means it won’t break out into kung fu mode when surrounded by enemies, so you need to hot foot it out of there. Credit where credit is due to BlueTwelve for keeping the gameplay curious enough, and yet also satisfying, when it comes to controlling the cat. There are occasional quirks that come up with unexpected bugs, but not enough to throw you off from the adventure. Plus it’s fun to explore a little, even if the levels seem closed off in some places.
Also, it’s great to meet new people over the course of the journey, even if some are a little…dubious. That’s just the nature of a cat’s life, mind you. 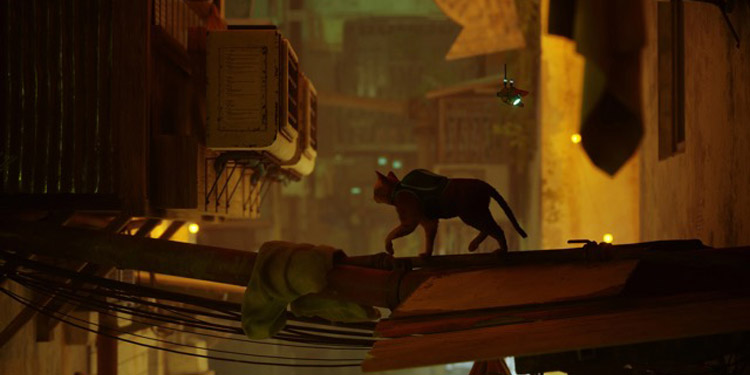 A Swell Looking Kitty
Stray is a genuine surprise in the presentation department. The levels themselves are outstanding and really open up a level of detail you don’t expect from an indie studio. Also, the motion capture on the cat character is second to none, as you might find yourself taking a liking to this stray as you would an actual pet. It’s that realistic, and really, really cool.
On top of that, the subtle music is well done, and the sound effects deliver where needed, especially with the oddball characters. You won’t mind giving this a listen.

That’s a Good Pet
Even though it would’ve been nice to have a longer game (this one only lasts around seven to nine hours), Stray is definitely a journey that shouldn’t be missed. It may not be the most recommended title for cat haters, but everyone else – platforming fans, pet lovers, and those seeking a fun title – shouldn’t miss out on this one. It looks splendid, offers some unique gameplay touches and does really well with its cat.
Who knows, it might just tempt you to get one as a pet. Maybe.

The Bottom Line:
Unless you’ve got something against cats, Stray is a game you should definitely check out. Original, fun to play, and delightfully designed. Good cat. 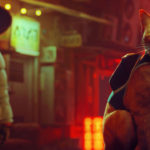