The stuff of legend?

Rainbow Studios certainly knows off-road racing. Over the years, it’s worked on a number of properties, including the MX games and ATV Offroad Fury for a little while there. But then it hit its stride with THQ’s MX Vs. ATV games, which, for several releases, ruled the track.
However, the company kind of strode off a little bit in quality, with All Out feeling like somewhat of a low point, even with the open-world structure. With the announcement of MX Vs. ATV Legends, however, we were hoping for a little bit of a comeback.
The good news is that this game certainly fares better than the titles that came before it. However, it doesn’t quite rule the road like it used to. Still, some progress beats none at all. 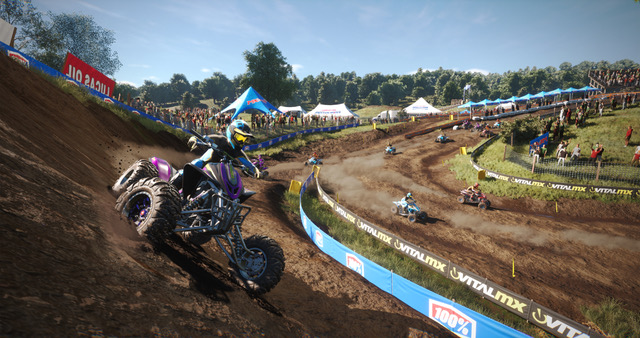 The Bulk of the Career
The most of your time will be spent in Career Mode, racing across a number of races using ATV’s, bikes and UTV’s. Not everything is accessible right away, but you’ll get there as you complete objectives, learn the mastery of riding your vehicle, and crush the competition in several events.
As before, Legends has a feel to it akin to the MX Vs. ATV franchise. That includes timing jumps with a little bit of “oomph” to get that extra air, as well as nailing landings to avoid losing momentum. It’s sim-like, but not really, as it continues to feel like an arcade-y title.
Fortunately, most of the vehicles handle pretty well, though the UTV’s do take some getting used to based on their build. That’s not to say they’re bad, but Rainbow Studios could’ve used a little more balancing here. As it stands, however, what you can race with in terms of vehicles feels good for the most part.
That said, it’s best to find human competition when you can. The AI isn’t terrible, but its behavior can be all over the place, starting out as a bit too low-level and then all of a sudden conquering the race. It’s like they suddenly grew brains mid-race and decide to show it out of nowhere. It can throw you for a loop. 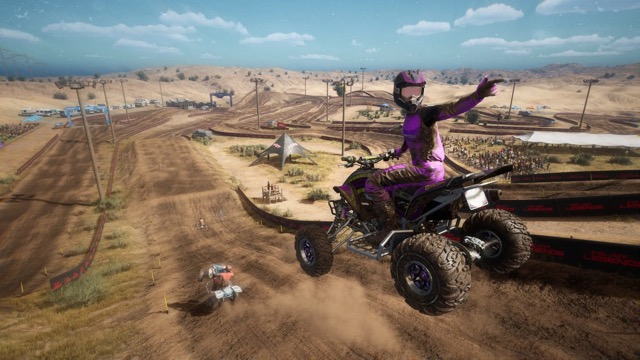 An Alright Looking Game, But Not Quite Next-Gen
One thing that holds MX Vs. ATV Legends back from other titles is its visual performance. That’s not to say the game’s at a low point – that would be the super muddy All Out over on Nintendo Switch, yeesh – but it could’ve used a little more polish. The vehicles look great, and some of the tracks have a nice flair to them. However, some issues, like frame rate jumps and slight glitches here and there, take some getting used to. Otherwise, it looks about typical for the MX Vs. ATV series, hardly an evolution but, again, not entirely broken.
As for the sound, it’s pretty good. The tunes are typical selections for off-road racing, but they’re not bad; and the sound effects differ nicely depending on which vehicle you’re racing with. A little more personality would’ve gone a long way, but this one’s not bad when it comes to audio performance.

Worth a Ride If You’re a Fan
How much mileage you get out of MX Vs. ATV Legends really depends on how much of a fan of the series you are. It’s set up pretty well, thanks to its open-world structure, its fun racing mechanics, and its mostly decent performance. But it also has hitches, notably with AI, that weird UTV feel and some visual hiccups. This is especially true on PS5, which somehow looks worse than Xbox Series S/X for some reason. Weird.
That said, if you love the series or just need an off-road pick-me-up, this isn’t a terrible game to kick up the mud with. Just be ready when you realize it’s not a racing revolution. Maybe next time?

The Bottom Line
MX Vs. ATV Legends rebounds from the previous downhill titles in the series, but can’t quite get that extra oomph to conquer the competition. Still, fans should be pleased. 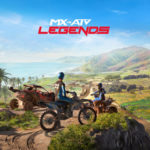