The question isn’t “Why didn’t Bandai Namco re-release the Klonoa two-pack?”, the question is now “Why didn’t Bandai Namco re-release the Klonoa two-pack sooner?”
For years, the Klonoa platforming games have been enchanting PlayStation platform owners, to the point that the actual copies has become high in demand. And while there was a remake made for Wii, there was barely a peep heard from the series aside from that, save for some fun Game Boy Advance games.
But that’s been resolved, thanks to Klonoa Phantasy Reverie Series. And despite its somewhat simplistic approach (no museum, no GBA games, no frills), the two games on display here – Door To Phantomile and the long-lost Lunatea’s Veil – are well worth the rediscovery.

A Little Hero For Everyone
The games introduce us to Klonoa, a young kid destined to save the world with the help of a little ring, who in turn acts as his living partner. The ring shoots out an energy ball that, in turn, can grab objects in the world, including enemies and hooks.
As such, Klonoa can throw these enemies, as well as shoot himself into the air to gather items just outside of reach. Based on the structure of these levels, it’s an ability that proves to be quite useful.
Door To Phantomile remains a magical treat, and looks better than ever, even if the port is just slightly better than the Wii version that came out a few years ago (sans the English voices, which I’m fine with). But the real delight here is Lunatea’s Veil, which looks better than ever. No matter where you start, you’ll be promptly rewarded with platforming fun.
There’s also an easy mode for kids that want less of a challenge, though normal mode isn’t too bad either. Either way you cut it; you’ll have a good time with both of these games. The problem is…that’s all there is. As I mentioned above, there’s no sign of the Game Boy Advance games, which would’ve been ideal here. But the two provided games still stand out, so it’s no biggie. 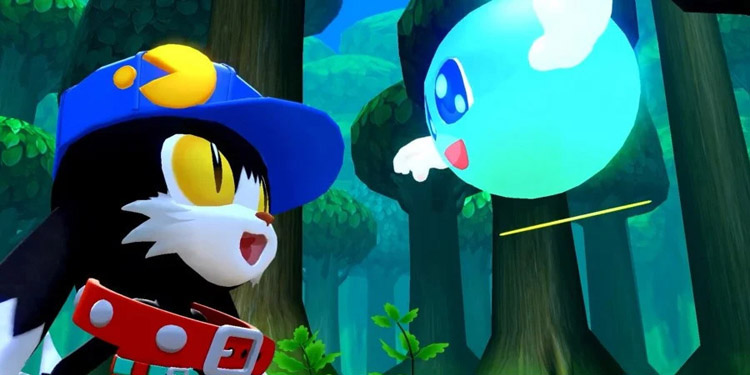 Klonoa Has Never Looked Better
The two Klonoa games included in Phantasy Reverie Series have been nicely remastered. They both run at a smooth frame rate across various platforms, and the visual beauty continues to hold up with each game, even after all these years. Plus some of the visual details are dazzling, including some new lighting effects and some imaginatively designed boss fights.
As for the music, it’s about the same as the previous games, but that’s great. The soundtracks have always been wonderful, and continue to be so here. The games also include authentic Japanese voice samples, which fit the game much better, as well as decent sound effects.
That’s really about it, but for those of you that have been seeking Klonoa games for a decent price (like $40), it’s well worth it. 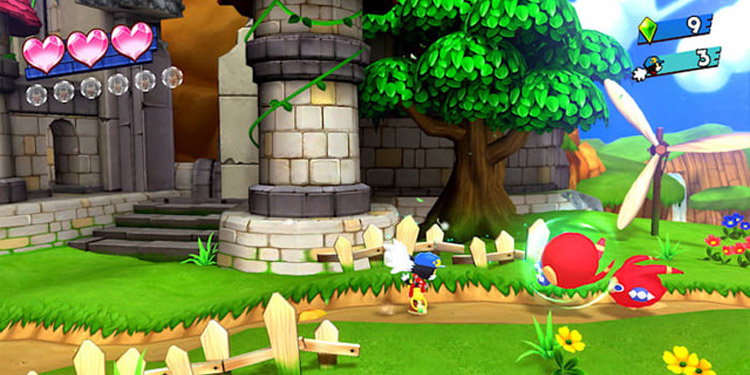 Face It, You Need Klonoa
It would’ve been really awesome for Bandai Namco to load this collection with a documentary, or a museum, or something to add on to the legacy of Klonoa. But even with just the two games, Phantasy Reverie Series justifies its price. It’s good fun for all ages, and they’ve never looked or sounded better than they do here. Wahoo indeed!

The Bottom Line
Even without abundant extras, Klonoa Phantasy Reverie Series will still win your heart with two classic platforming adventures in one. 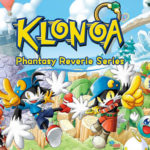