The Uphill Struggle of the Intellivision Amico

The independent console faces its biggest battle yet to exist.

There’s always some sort of challenge when it comes to introducing a new gaming platform to market. Just ask that to anyone that worked on the Ouya (remember that?) or the Atari VCS.
But for the Intellivision Amico, there’s a particularly tough battle ahead. A few years back, Tommy Tallarico, game musician and one of the masterminds behind Video Games Live, had a vision inspired by the late Keith Robinson. He wanted to bring a console to market inspired by the days of the classic Intellivision console from the 80s, but with new ways to play and a library of inspired retro-themed and indie titles for players to choose from. And he soon went to work with an innovative system design, several key licenses (like Moon Patrol and Earthworm Jim) and other factors to make Amico every bit of a success. However, the system failed to meet its October 2020 launch window, mainly due to COVID-19. Soon after, however, other factors came into play.
Now, with Tallarico bringing in CEO Phil Adam to manage things (while he attends to personal matters), a new letter has been published, indicating that some big changes had to be made in order to the Amico to exist in its developmental state still feasibly. And it has people asking questions.

The Rough Road
In its latest update letter, Adam explained the challenges that lie ahead for Amico, including cutting off its StartEngine investment campaign and noting that it was still struggling to give some people refunds on the money they had invested in getting their own Amico console. It’s noted that it since had to “take other financial measures” in order to exist, including cutting members of its own staff – people needed to kind of make the system work.
“We have dramatically reined in operating costs, which unfortunately required a significant reduction in staff,” Adam noted. “Our resources are focused on engineering and testing to ensure we have a quality system, as we cannot succeed by producing anything less.” That said, without that other staff to help with production – at least, at the moment – there’s a lot of question as to what’s happening with the system.
That said, the company intends to move forward with a test production run of Amico, including packaging, at some point. It hopes to complete these units within the next few weeks, though a specific time table hasn’t been given. It also noted that it’s working with two major suppliers to serve as “major distribution partners,” though no name has been given. 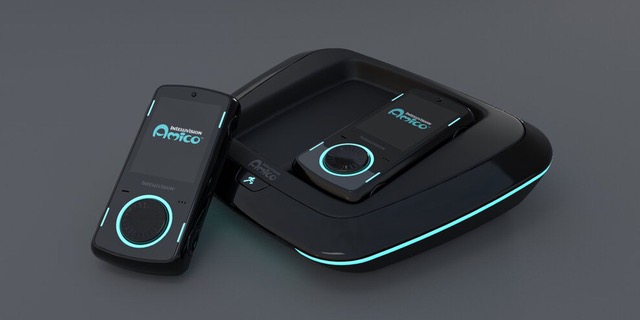 So What’s it Doing To Survive?
Even without its additional staff, Intellivision apparently has plans to stay afloat thanks to licensing. It’s noted that it’s working with game development partners to “license classic Intellivision intellectual property for publication on other platforms.” In other words, we could be seeing Intellivision Lives on different systems once more, or something more specifically tied in with certain games, such as Shark! Shark! Or something along those lines.
It’s a neat idea, but it makes you wonder if the Amico is still needed. Granted, Intellivision might be holding some of its cards closely to assure there are exclusives for the system. But it also makes you wonder if the company is forming a back-up plan in case the hardware fizzles out for some reason – which, unfortunately, looks like it could be a possibility. The company has noted that “our mission has been and remains cross-generational, in-home, family entertainment.”
That could take new focus if it can’t get grounded with its Amico hardware, instead turning to software publishing. Remember, even Sega was thought to be infallible with the Sega Dreamcast until it decided to exit the hardware market and try its hand at third-party publishing long ago. 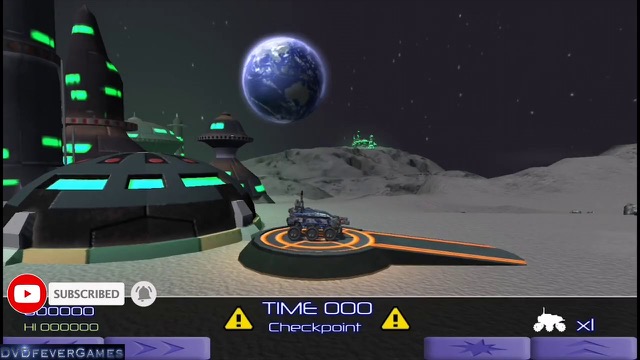 So Now What?
Adam made it clear that “many challenges lie ahead for the business,” but still poured out support for investors, partners, and customers for their “patience and support.” However, the company’s latest letter, while laid out in plans, also seems very shrouded in mystery. No partners named, no timetable on refunds, no word on what these new IP deals are. It’s all a matter of question, the same question that consumers and investors alike have faced since the system missed its October 2020 release window.
Now, don’t get us wrong. The system has potential. A lot of it. Some games, like Moon Patrol and Skiing, show a lot of “indie”-based promise. But the thing is, in the face of more superior hardware on the market and better accessibility to games – not to mention the company’s somewhat quiet plans about releasing IP on other platforms – one has to wonder if the Amico is still worth it. A lot of consumers are asking for refunds and barely getting any leeway on them; and there’s no word on what new games are coming to the platform. Heck, when’s the last time we heard anything on the new Earthworm Jim? Will that likely jump to game consoles just to keep the dream afloat?
We’re just stuck with questions. Hopefully we’ll get the answers soon enough and the Intellivision Amico might just make its way to fruition after all. But, for now, we’re just wondering what will become of it. And with all the hardware we’re currently enjoying on the market, that’s not exactly a position that Adam and company want to be in.
We wish the team the best of luck, but we’d like to see some answers, rather than just more questions.
We’re giving away a game console of your choice! Find out how to win here.