Is the add-on worth the extra mileage to your wallet?

It’s not often that you see Nintendo offer downloadable content for a game that’s five years old. But that’s exactly what it announced a little while back, offering a Booster Pack for Mario Kart 8 Deluxe that offers a number of courses between now and the end of 2023. That’s sure to extend the life of the hit best-seller, and for the meager price of $24.99 (or free if you’ve subscribed to the company’s Expansion Pack add-on for Nintendo Switch Online).
But is it worth it to enjoy the extra courses? Well, it really depends on how much of an avid fan you are of Mario Kart 8 Deluxe. But considering there are millions of you out there, it’s a pretty safe bet that this is well worth taking a cruise with.

The First Eight Courses
So far, two packs have been released, with the next two set to arrive somewhere over the course of the summer. Here are the first eight courses you’ll find within the DLC.
Golden Dash Cup

Now, as you might tell, a couple of these courses come from the mobile release of the series, Mario Kart Tour. That means they aren’t quite as varied as other bump-filled courses throughout the game. That said, they’re still pretty wild races, and take place in lovely locales scattered throughout the world. Paris may be the big highlight here, though Tokyo is sure to have its fans as well.
Next up are some fan favorites, like Choco Mountain and Toad Circuit. These were a pleasure to race through again, and offer a lot of power-ups and some good places to catch up on the competition – provided you don’t hit any bats along the way.
If there are any real winners, though, it comes down to two. The first is Coconut Mall, one of the best courses from Mario Kart Wii. (I think, anyway.) It’s a fantastic course filled with twists and turns and a lot of fun. The other course is Ninja Hideaway, a completely original course that’s a good time overall, filled with all sorts of paths to help you take the lead.
Some of you might not be able to justify paying $25 for “just eight courses”. But, again, keep in mind that you get access to 40 more over the next year and a half, extending the replay value of your title. So there’s enough to keep you busy. Don’t sweat that. 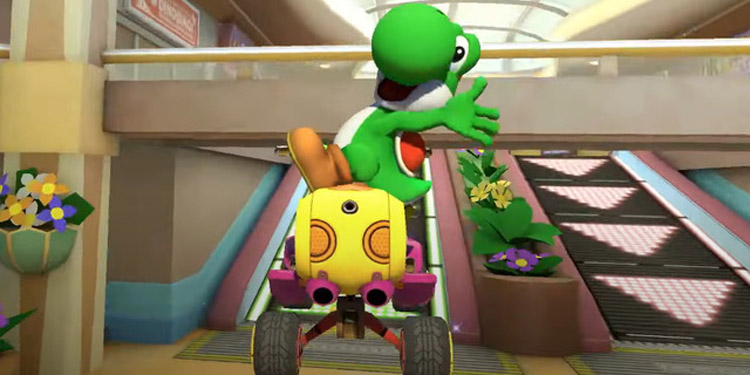 Good Looking Courses
While the design may be slightly flat for a few of the courses, there’s no question that Nintendo has made them shine just as beautifully as the others. These were a real pleasure to look at, whether you’re playing on the big-screen or taking your Switch on the go. They’ve got a solid frame rate and a lot of lovely details, particularly the beautiful skies of Paris. It’s really something to gawk at. Ninja Hideaway looks like a total party as well.
Not to mention the music for each course is a delight, fitting right in with all the other tunes within the game. In fact, Ninja Hideaway has an original theme that’s sure to be a favorite for many of you, so don’t skip it by any means.

Hit the Gas, This One’s a Party
While some may wonder if the Booster Pack is worth it, we can honestly say it really is. It extends the replay value of Mario Kart 8 Deluxe significantly; and its long-term value is totally something, especially considering all the new and classic courses that will be scattered throughout the game. The fact you can play them with friends that don’t have the Booster Pack is a nice touch as well, as it may entice them to pick it up for themselves.
The Booster Pack is a must-have, especially if you’re one that takes the journey in Mario Kart 8 Deluxe regularly. And, really, isn’t that all of us?

The Bottom Line:
If you love all things Mario Kart, the new Booster Pack should be on your must-buy list, either on its own or part of the Expansion Pack. 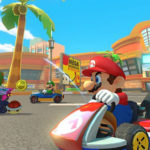