Coming in 2023 exclusively to next-gen consoles.

The Force was strong with fans at Star Wars Celebration this weekend, especially for those who expected the long-awaited the reveal of the sequel to Star Wars Jedi: Fallen Order.
Over the weekend, EA and Respawn Entertainment revealed a new cinematic trailer for Star Wars Jedi: Survivor, which will debut exclusively for PlayStation 5, Xbox Series S/X and PC in early 2023. Respawn is once again handling development, with God of War III director Stig Asmussen taking over as game director.
Said Asmussen, “Even before completing Jedi: Fallen Order, our team had a vision of how to carry the adventure for Cal, BD, and the crew into the sequel. For Jedi: Survivor, we are working in lockstep with Lucasfilm Games to build on the legacy of Jedi: Fallen Order. We’re leveraging advanced technology to create more dynamic Jedi combat and cinematic storytelling to expand on Cal’s story as he matures and survives during the dark times. We can’t wait to share more about the game with the world later this year.” 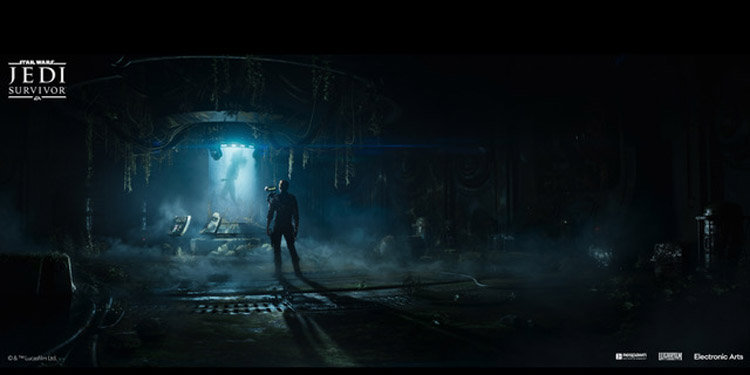 Survivor follows Cal’s adventures five years after the original game, as the Empire remains in hot pursuit of him. With the help of his allies, he’ll meet some new people along the way, and
take advantage of some great new combat to make him even more masterful in the ways of the Force. Not to mention the new skills he’ll pick up along the way.
“Millions of Star Wars fans have been captivated by the story of Cal Kestis, and we’re thrilled to be working with the world-class developers at Respawn to continue this epic tale,” said Douglas Reilly, vice president for Lucasfilm Games. “We could not be more excited to reveal Star Wars Jedi: Survivor and this next chapter of Cal Kestis’ journey with players around the world.”
The idea of next-gen only may tick off a few players out there, but just imagine how rad the next game is going to be. We look forward to what will be revealed gameplay-wise later this year!
Check out the teaser trailer below.

We’re giving away a game console of your choice!