It’s pretty evident that out of all the multiplayer-oriented beat-em-ups on the market right now, Super Smash Bros. Ultimate reigns supreme. But, really, how could it not? With an array of superstars stacking the deck, beautiful fighting physics, online play, and a smattering of impressive modes, it’s easily the biggest and best in the series yet.
And yet, with all these competitors coming to market, you’ve got these fans wondering if any of them have the potential to be a “Smash Bros. killer.” After all, they mostly use the same set-up as Smash, but with quirks and, of course, their own characters to diversify things in their own universe.
So why do they need to be a “Smash killer”? Can’t they exist on their own merits and find their own audience of those that ever wanted to see that “dream” match-up within their existing universes? I believe they can, and here’s a breakdown as to why.

They Can’t Quite Live Up to Smash’s Potential
Let’s get this out of the way right now – this is not a knock on the developers. At all. They’re doing great with their resources and their games, and they aren’t being lazy in the least. But there’s simply no way that any of them can keep up with the polished, loaded experience that Smash Bros. brings.
Sony learned this the hard way a few years ago with PlayStation All Stars Battle Royale, which came out for PlayStation 3 and PS Vita. A smorgasbord of everything Sony at the time (including fighters, backgrounds and more), Sony would push the game like it’s some sort of groovy alternative to Smash. I mean, it is, but the thing is, you can’t push a titan when they don’t have the experience of a titan.
Smash had been around for years, establishing itself with a fanbase to the point that it became a tournament darling whenever Nintendo allowed it. PlayStation All Stars just debuted, and here’s Sony with heightened expectations for it. Alas, they weren’t met, and the developer soon moved on to other things afterward. Which is a shame because, again, All Stars is good fun for what it is. And it’s not every day you see the likes of Sackboy deliver a beating to the likes of Kratos. It’s imaginative and well done, and at the end, you even get to face the classic robot face from the original PlayStation days.
That’s inspired.
With games like these, you need to think outside the box and not act like direct competition.
That’s why Brawlhalla continues to move along its own beat (with some help from its new owners at Ubisoft), and Rivals of Aether has an awesome cult following. They’re not trying to be the competition; they’re doing their own thing. 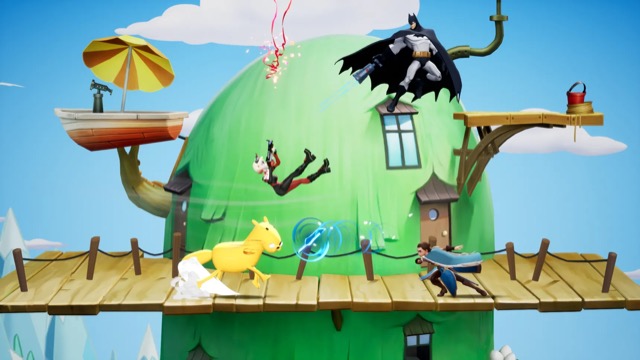 They Find Their Own Groove Outside of Smash
So a while back, one of the members of Nickelodeon All-Star Brawl explained that they don’t see the game as a “Smash killer,” and don’t want it described as such. Some fans disagree with this notion, but there’s some logic here.
I think the team behind the game gets the idea they can’t compete with Smash. The goal of its release was not to overtake Smash. Instead, it exists as an alternative to entertain fans of that respective universe. People that dare to ask if the Rugrats dinosaur can hold his own against the Ninja Turtles. People that want to see Spongebob and Patrick square off with Ren and Stimpy, just because.
That team is smarter for it, if only because it helps Brawl succeed in its own right. Even on the Nintendo Switch, it’s a pretty hot commodity, even if it’s nowhere close to keeping up with Smash’s insane selling numbers. (We’re talking millions of copies sold and who knows how much revenue coming from DLC sales.) Nickelodeon following its own beat is the best way to go, and the audience for the game is growing, especially every time it goes on sale for $20 or so. Again, it’ll never get to Smash’s level, but that’s not the developer’s goal. They’re just looking to have a good time.

There’s Always Space For A New Wrinkle
Doing your own thing with a Smash clone is the best way to distinguish yourself different from it. And that’s what Warner Bros. has in mind with the wacky Multiversus, which launches into closed beta this July.
The game already has a lot going for it, including DC characters, a Game of Thrones heroine, and a cast of cartoon characters from Scooby-Doo’s Shaggy going ultra (with the voice of Matthew Lillard, no less) to Adventure Time’s awesome duo. Having this level of diversity within the cast really pays off, and who knows who else could come via DLC.
But the hook here? Free to play. Once the game launches, everyone will be able to join in and enjoy fights. Granted, if they want some of the goods, like unlockable characters or bonus cosmetic items, they’ll have to pony up for it. But, like Brawlhalla before it, this benefits players by letting them choose what they want, instead of throwing a full package at them to choose from. As a result, the game is likely to be a success – and one that continues as time goes on.
After all, who doesn’t want to see Batman pummel the crap out of Daffy Duck? (Or the other way around if you’re a Duck Dodgers fan.) 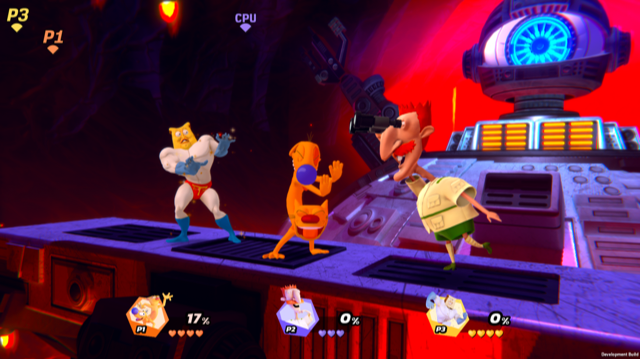 And Who Knows What Else Could Come?
The thing is, Smash is bringing some inspired contestants to the mainstream. It’s introduced a genre of fighting that makes them easy to pick up and play and enjoy, especially for people that aren’t seasoned fans of the art. That means being able to execute moves and – gasp! – even win matches when they didn’t think they stood a chance.
With that, I do hope we see more games like this in the future. And that means Sony should give PlayStation All Stars Battle Royale another chance. After all, they need as many stars as they can get on the PlayStation Plus Premium service when it launches next month, and that could be a big hit with fans who never discovered the game in the first place.
That also lines up possibilities for other folks. Microsoft? Hey, Killer Instinct thrived with an all-star cast, so why not a Smash clone with them in mind? Star Wars? Sure, we need a game to make us forget about Masters of Teras Kasi. Marvel? Why not, it worked for the Marvel vs. Capcom world.
Let’s see where the Smash style can go from here. All for it.