When it came out years ago, Mutant Football League led a great little revival of the classic Sega Genesis favorite, but in a new way that contemporary and classic fans could both enjoy. Since that time, it’s developed a cult following and become a hit with the community, which, of course, prompted the team to come back for more.

Mutant Football League II has officially been announced; and though there’s not a release date, it’s promising a number of improvements to make it look and play better than ever!

Joining us now to talk about the upcoming release is producer Michael Mendheim, along with his Digital Dreams co-founder and producer Maxim Novikov, who answered some of our questions about the sequel. It’s still got a way to go before its release, but we’re excited to see what the future holds!

First off, welcome back, Mutant Football League. How’d you feel about the reception that the first game received?

Michael: For readers who don’t know what Mutant Football is let me give a brief overview of the game. MFL is a hard-hitting, arcade-style action football game that takes place in a mutated world where fields are booby-trapped with dangerous hazards like land mines. There are special plays called Dirty Tricks which give players weapons like a shotgun or a chainsaw and other superpower abilities like turning a player into a giant. The game can be won by scoring the most points or by killing enough players on the opposing team to cause a forfeit. For example, if all the Quarterbacks are killed, the team without any Quarterbacks must forfeit the game.

When we first released MFL, it came out of the gate slowly. Part of that was due to a lack of proper marketing dollars and partly because a lot of gamers didn’t take it seriously. Being a small Indie studio, we just didn’t have the marketing dollars to give the game the proper launch it deserved. The people who did purchase the game loved it and gave us good comments and
reviews which helped spread the word, allowing MFL to gain some traction. After we released MFL: Dynasty Edition, which included our franchise game mode, sales increased and the game has been building steady momentum ever since. Mutant Football League has good sales legs and that’s because gamers are having a blast playing it. 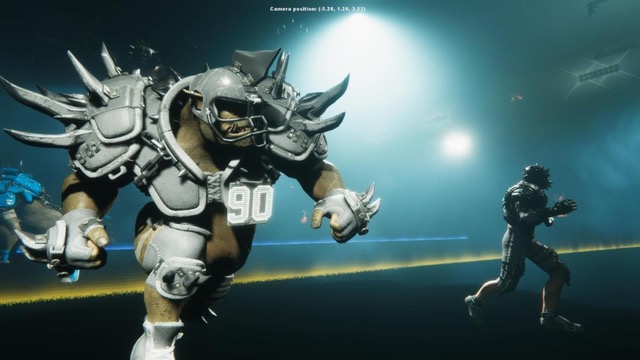 What sort of enhancements are you bringing to Mutant Football League 2? Grittier graphics? More carnage? Tell us about how it’s set to improve.

Michael: We’re early in development so I’m not going to reveal too much at this point but what I can say is we are devoting a lot of energy to taking the visual presentation to an entirely different level from MFL1. Our #1 goal is to make the game look as good as it plays.

MFL2 is going to have some big ticket features which will delight our community but we will discuss them later this year after we prove them out internally. For now, I can say we are focusing on infusing our characters with more attitude and personality. We want them to seem more alive during the game. This is where we can do some fun things. What if one of your all- star players took off his helmet and pads, threw it on the turf, and quit the team during a playoff game? We’re always looking to add real NFL plotlines that games like Madden can’t. This is what makes MFL so different and fun.

Will gameplay remain about the same, or are you throwing in new style of plays?

Michael: In terms of gameplay, we will be improving every aspect of it. There will be 8 players on each team now, instead of 7. This allows us to create more interesting plays and formations and get better use out of our Bruise Receivers (same as a tight end). We have new formation sets like 2 running backs, 4 receivers, and double tight ends.

The game will be faster and harder hitting than in MFL1 but that doesn’t mean just adding more buckets of blood. That means giving the on-field players more moves and actions on the field. More tackles, hits, and attack moves. We will also be introducing new Dirty Tricks and weapons. The AI will also be improved, so it plays more unpredictably, like a human opponent.

What can we expect from the multiplayer side of things? Online play? Crossplay? Too soon to tell?

Michael: It’s too early to disclose our online play features now, but online play is critically important to us and our community. It plays a massive role in our feature development strategy. We want to maximize the online population to a level it’s never been before. There will be a solid meta-game to keep players engaged beyond just playing online games. Our online strategy will expand and grow as we release new Mutant Sports titles to market. 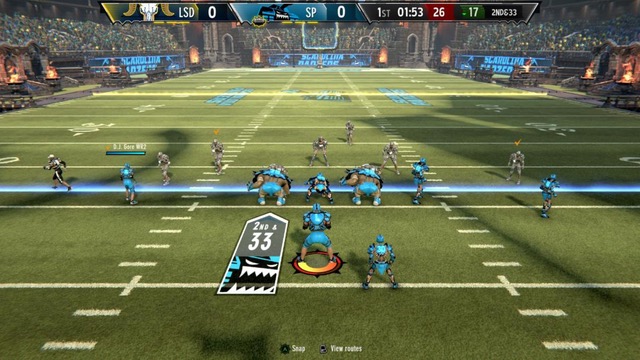 Are you listening closely to the community to see what kind of features they want to see included here?

Michael: MFL is a community-driven project. Since its inception, our community has played a large and important role in our feature development. We are always sending them surveys to pick their brains on the type of features or characters they want to see in the game. They are always sending us ideas for new features and the ones we think are cool are included on our fan wishlist and considered. The community has contributed music and delivered ideas for Dirty Tricks, characters, field hazards, weapons, and gameplay improvements. Our community is #1, they have kept us alive, supported us through good times and bad, and remained loyal to Mutant League throughout. We don’t ever want to let them down.

Michael: Our development studio is in Kyiv, Ukraine so that has slowed us down with Putin’s war raging. Members of our team in Kyiv are helping the war effort in numerous ways while still doing their best to work on the project. We have engineers pounding out code with air raid sirens going off and bombs exploding overhead. Seriously, this Ukrainian development team is the most badass team I’ve ever worked with in my entire career. Words cannot express how much respect I have for their fortitude and resolve.
MFL2 is out of pre-production and now in development, we are working on our first playable milestone. Because of the uncertainty of the war and what the future holds for Ukraine, we can’t promise a release date. We are hoping for next year, summer/fall timeframe. We’ll see. Our CTO and co-founder of Digital Dreams Entertainment, Maxim Novikov has a few words to add.

Maxim: For our team working on a game became emotional shelter from the nightmares of the war and a hope for a normal life. Helping with the war effort is our highest priority, but we will do our best to deliver a great game to all our fans and players. This is our challenge and everything that happened only made us stronger and willing to fight more.

Michael: Digital Dreams Entertainment Inc. is debuting its Mutant Football League – Made In Ukraine line of shirts available on Threadless. All proceeds from sales go to World Central Kitchen in aid of its work supporting Ukrainian refugees in Poland.

We wish you guys all the success on this. Finally, if this series continues to be a success, could we finally see Mutant Hockey League down the road? We miss putting players under the ice.

MM: Yes, a Mutant Hockey League (MHL) game is in our plans and we will start pre-production after we hit Beta on Mutant Football League 2. The community has been begging for it and the time is right. Honestly, I can’t wait to start the design on that.

Neither can we. Thanks to these two for talking to us, and we wish their Ukraine-based team the absolute best (and safety) as they make us the best monster football game out there!

We’re giving away a game console of your choice! Find out how to win here!