If at first you don’t succeed, die, die again.

Dying in games seems to be more commonplace than you might think. But it’s not a matter of “damn it, I cannot beat this boss” most of the time. Sometimes there’s a learning process behind it. Just ask anyone that’s invested hours in Elden Ring.
For that matter, the first Rogue Legacy kind of followed in that regard. This charming roguelite challenged you to move forward, but if you didn’t make it for some reason (which was often), someone would step up in your stead and try again. It shouldn’t be a surprise, then, that the long-awaited Rogue Legacy 2 kind of does the same thing.
Cellar Door Games knows what worked so remarkably well in the first game, and continues the trend with the sequel, adding some notable improvements that make the grind even more worth it this time around. This is one of those sequels that understood what worked so well, but changes just enough to feel refreshing. 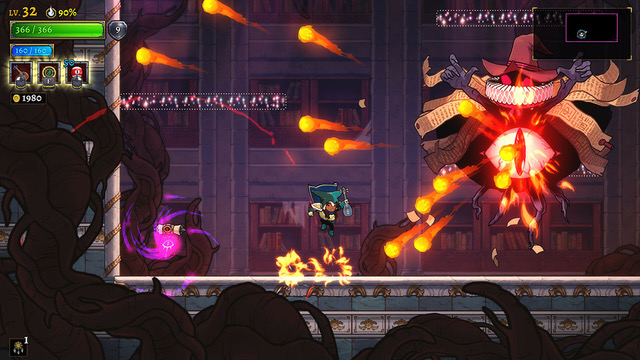 Back Into the Castle
Like the first game, you’re a holy crusader charged with entering a castle and cleaning house on the foes that live there. But, surprise, there’s a lot to overcome here, from traps to devastating enemies that require a great deal of damage. Fortunately, as you die, you’ll be able to choose a new warrior from an available group of classes, each with increased benefits to make the next run a little more worth it. What’s great are the classes this time around. There’s some cool stuff here, whether you want to be a barbarian or a…chef? That’s right, a chef that knows how to cook up a storm! We’re on board for that.
There’s a terrific upgrade system here, where you can buy a number of enhancements that stick with you for the long haul. That means your death isn’t in vain, and the more you progress through this deadly world, the better you’ll actually become. It’s really cool, albeit challenging.
So if the first game didn’t do you any favors, this likely won’t either since it kind of stays the course. But what a course it is for those of you that were lucky enough to experience it – and are now able to enjoy this improved sequel and everything it has to offer. 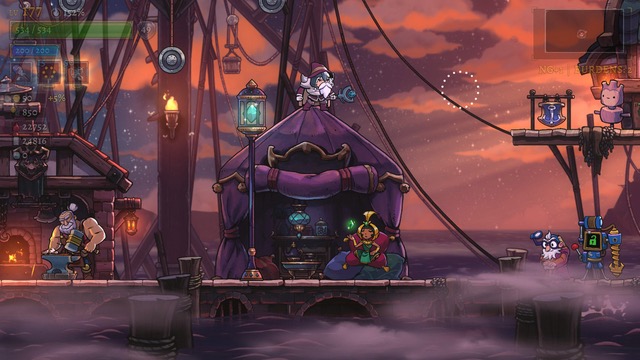 A Swell Looking Adventure
Where Cellar Door Games really improves with its Rogue Legacy 2 is its visuals. This is a much more diverse looking game, with hand-drawn visuals that stand out over the original game. For good measure, the level design is simply stunning, with a lot of areas to explore, secrets to locate, and enemies to destroy. You’ll find no shortage of awesome stuff you can do here, and how.
Backing it up is some excellent audio, including great background music and effects that get you more involved as the adventure goes on. It’s not on the level of, say, Elden Ring’s soundtrack, but for an indie effort, it’s very cool all the same.

This Legacy Continues To Stand Out
While some more user-friendly features would’ve made this title more accessible, Cellar Door seems more concerned with pleasing its fans. And we’re fine with that, as Rogue Legacy 2 brings everything that worked so well the first time around – and then some. It’s a much more epic adventure, packed with great presentation, fun gameplay, and tons of other features. This is one journey you’ll definitely want to sink your teeth into – even if it lays a bit of waste to you along the way. Hey, live and learn. Or maybe die and learn?

The Final Verdict: If you loved the first Rogue Legacy, you’ll be right at home with the sequel and the many improvements it brings along for the ride. 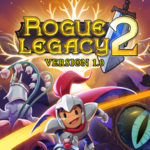