So, wait, what the heck is grass?

In order to understand RiffTrax, you need a good idea of what Mystery Science Theater 3000 is.
That’s because all three RiffTrax members – Mike Nelson, Kevin Murphy, and Bill Corbett – hail from the history of the classic show, and bring their riff goodness to hours of bad movies and TV shows.
Now, players get a chance to remake that sort of magic with RiffTrax: The Game, from the team that brought us What the Dub?, Wide Right Interactive. In fact, the format’s about the same – you jump into a multiplayer game with a code and then enter riffs of your choice to some really weird clips. This time around, however, they’re RiffTrax oriented, as if Kevin, Mike, and Bill hand-picked them themselves. Right out of the damn grass.
It makes for a good time, but is it? Well, it depends how many friends you can get together for a session, and just how creative they can be. But if you’re capable of doing both those things, then it’s a party you’ll be having. 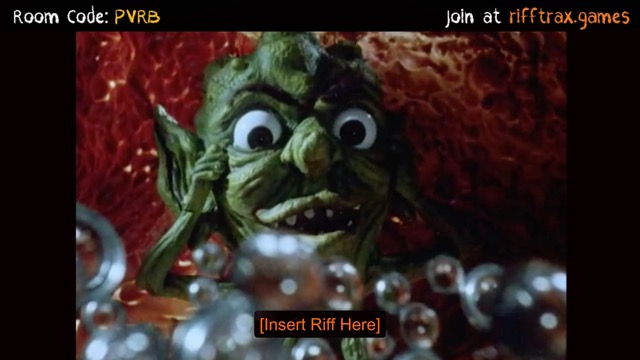 Get To Riffing
When it comes to playing RiffTrax: The Game, you have choices. You can either opt to create your own riffs, or use pre-written riffs if you believe they’ll be sharper for responses. Either way, you’ll need to watch a random video clip in which you’ll need to find the best, funniest words that you can to match it. From there, your answers will be read at random, and players will have to vote for the best.
Pick a Riff might be a safer option for streamers trying to avoid those types that will curse or use unfavorable words during an online session. But Write a Riff is a better option when it comes to creativity. Either way, you’re in for some genuine laughs, as a lot of these clips are unbearably bad. No, really, they’re straight out of the RiffTrax vaults. They know what bad is, people.
The game has a user friendly interface that makes it simple to connect via a four-digit code. It also has options aplenty for filtering just in case you want to keep some unfavorable types out.
Once you get through with all the voting, you can see who has the most points to win. While RiffTrax lacks in the originality department (it’s got What the Dub?’s essence), it’s damn good fun all the same, and a fun party game for those of you with quick wits – or choice-making skills, anyway. That said, it would’ve been nice to have a few more riffs to choose from. Maybe a DLC pack with greatest MST3K hits, perhaps…?

A Good Presentation – With Bad Clips
It’s hard to say just how great the presentation is without bringing up the fact that some of these clips are downright hilarious. The infamous “grass” stuff is here, along with a number of other hits, bad commercials and more. There’s no option to add your own just yet, but who knows, that could be added down the road. For now, though, you have a lot to choose from, and they’re a blast to watch.
For good measure, the audio is solid. It’s not a complete upheaval of what worked before, but it fits the material, as well as the party theme of the game in general. You won’t complain too much, mainly because you’ll be too busy laughing your head off. 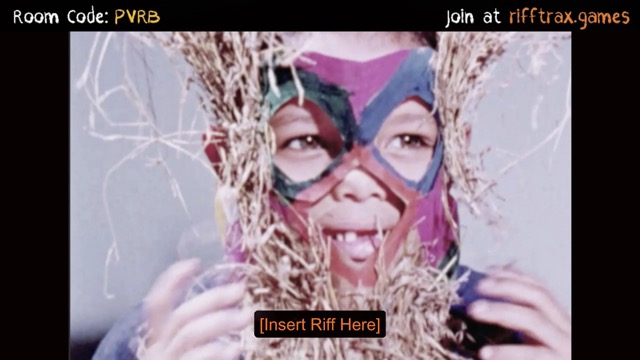 Bring the Jokes, Stay For the Fun
It would’ve been great to see more modes or creativity stuff involved with RiffTrax: The Game, but the important thing here is the fun it brings. It’s absolutely a blast getting a good game going with friends, local and streaming alike. What’s more, the interface is easy to use, the connection style in the game is excellent, and there’s no shortage of stuff to do and quips to select from. Hopefully we’ll see it supported with more content in the future. But, for now, there’s enough sufficient fun with RiffTrax: The Game to make its ten dollar price tag worthwhile.
Really, though, what is grass?!

The Bottom Line: If you like bad movies like we do, then RiffTrax: The Game is an absolute must-own. Now if just had some of Kevin’s songs to go with it. 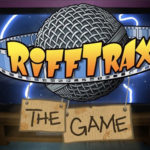