This is how Wii do it.

In 2006, Nintendo found itself providing the world with a profound, unexpected hit in Wii Sports. Ever since its arrival alongside Nintendo’s motion-happy console in 2006, it’s sold millions of copies, and is played everywhere from nursing homes to kindergarten classes. In fact, it remains just as popular as ever, with copies selling during the pandemic for as high as $50. (Maybe more if sealed.)
That, of course, brings about the reason that Nintendo Switch Sports exists. Nintendo is simply striking while the iron is hot, with six debuting sports activities to choose from, and more, like Golf, on the way. They’re a bit small in nature, but the game remains true to the original nature of Wii Sports. Loaded with frills it isn’t, but when it comes to having fun with your friends, you can’t beat it. 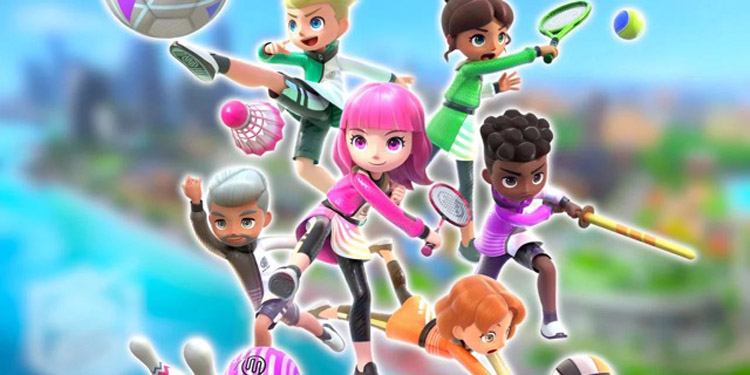 Get To Sportin’
The game features six activities in all – badminton, volleyball, soccer, bowling, chambara and tennis. Some of you that played the original Wii Sports will instantly recognize bowling and soccer, while the others are newcomers that fit in rather naturally with the compilation.
Some have tutorials that will teach you the basics with motion controls (that’s the only way to play, really), so you can get a hang of certain things so you’re not diving in blind. Others, like bowling and soccer, come naturally, so you’ll just need to experiment and get to scoring.
Utilizing the JoyCon controllers, Nintendo Switch Sports feels more accurate than ever. It’s a little more convenient to actually hold them and perform activities, though you may want to use your wrist straps if you want to avoid damaging your TV. (We’ve already seen some YouTube videos making the rounds.)
Fortunately, the functions are captured very nicely, and you can perform stuff even with variations of each game. There are some that get a little tiring, like the sword-swinging chambara for example. But overall, it’ll give you a good workout, and with stable controls to boot.
Multiplayer is good, but it can take a while to hook up for online matches. Your best bet is to stick with local competition, which is not only good for taking on others, but also good for laughs. That’s because you look ridiculous trying to repeat these procedures, but that’s just part of the joy of a Sports game. No complaints here, it sets out to do what it needs to do.
There are some reviewers that note that Nintendo Switch Sports lacks complexity. But, really, did it need it? It’s a Sports game, like we said. Next. 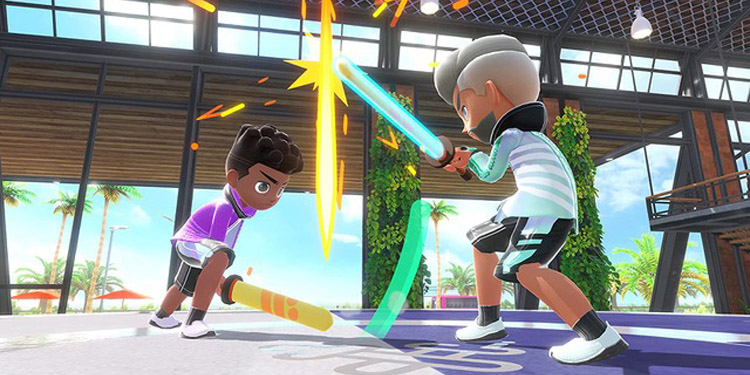 A Solid Presentation
While Nintendo Switch Sports doesn’t rival, say, Mario Kart 8 Deluxe when it comes to visuals, it still holds its own.
The village where you partake in different sporting activities is very well designed, and makes you feel like exploring a larger sports complex, even if you’re really not. The environments are beautifully rendered, and the animations are sharp, so you don’t feel too much lag with the motions of your character. It’s also pretty solid in terms of keeping up with everything, though it’s best to do it on a larger TV. It can be hard to see on a smaller screen. (But if that’s all you have, it beats nothing.)
The sound is good, too. Not award-winning, but good. The music is as plain as you can get, fitting the Sports mold that graced the original 2006 game. The sound effects are great as well,
though the announcer could stand to say a little more. Maybe with an update.

The Sports Are the Thing
Despite its “simple” nature, Nintendo Switch Sports sets out nicely on what it wants to do. You can unlock new gear and activities, you can play with friends online or locally, and you can see the different variety of events offered, with more to come. It’s not an earth-shaker, by any means, but it continues the trend of what the original 2006 Wii Sports did without missing a beat. That’s a win in our book.

The Bottom Line: Nintendo Switch Sports makes for a worthy successor to the original Wii Sports, even if it does just get by on the basics. 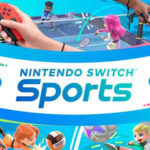