Why Did the R.B.I. Baseball Revival Fail So Badly?

On paper, it looked like a dream to the MLB production team. The return of an iconic favorite from the NES era, R.B.I. Baseball, on modern consoles, but with updated rosters and features.
What’s the worst that could happen? Well, it turns out everything.
Major League Baseball Advanced Media (the digital arm of Major League Baseball, for the most part) revived the series in 2014 with R.B.I. Baseball 14, promising that the “good times” of the classic series would return. For a while there, it was popular. However, it ended up concluding with last year’s R.B.I. Baseball 21, mainly because the writing was on the wall when Sony announced it would bring MLB The Show 22 not only to Xbox platforms, but also the Nintendo Switch.
But along the way, the game was just plagued with problems, to the point that it swayed from what made the original so good in an attempt to go full sim. As a result, fans were turned off, and, well, R.B.I. Baseball was sent to the showers. But let’s take a good look at exactly what went wrong.

It Forgot the Fundamentals
When R.B.I. Baseball 14 first released, MLBAM promised it would follow the gameplay of the original R.B.I. Baseball games that we grew up with. Alas, it didn’t quite feel like it connected. Granted, it had some of the engine right, particularly with camera angles and such. However, it stuttered when it needed to shine, mainly due to average controls that couldn’t even compare to an NES game. Think about that. The developers couldn’t even nail down something as basic as “NES gameplay” in an advanced baseball title.
A talented development team can do that. In fact, for many years, Sony Santa Monica did just that with MLB The Show, including a classic mode akin to what Ken Griffey Jr.’s games did on the Super Nintendo. Not entirely the same, but way more fun than whatever the R.B.I. Baseball games became.
But MLBAM continued on, hoping to channel the energy that the original games were known for. Alas, things got worse, if only because the developers lost focus of what mattered – and did the last thing fans wanted. 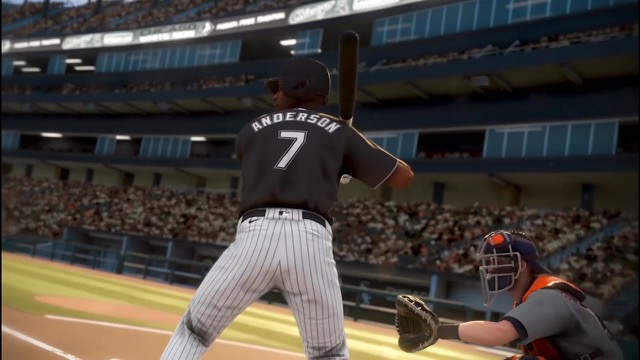 Wait, Who Wanted a Sim?
Between subpar animations, terrible collision detection and bad controls in some departments (mainly fielding), R.B.I. Baseball just never got where it needed to be. The team did continue to try, with releases like R.B.I. Baseball 19 and R.B.I. Baseball 20 trying to strengthen the curve with new features. Unfortunately, it just didn’t pan out.
That’s because everything, including the create-a-player mode and the other modes, just couldn’t compare to Sony’s superb competition. MLB The Show was nailing every aspect of the game, and even if something wasn’t quite as great as it could’ve been, it still stood out compared to R.B.I.’s poor, dwindled development. Even when MLBAM tried to make a good commentary to go along with it, it faltered too.
The team tried one last time with R.B.I. Baseball 21, what would end up being the final game in the series. Technically, it was a little more put together. But the developers learned nothing; and as a result, the game continued to stutter behind MLB The Show 21. And that game was just getting started on its multiplatform basics. By the time 2022 rolled around, it was coming to all platforms, leaving R.B.I. Baseball not only painfully left behind with its flaws, but also irrelevant.
That led MLBAM to announce the series’ cancellation in 2022, with R.B.I. Baseball 21 serving as the final entry. The experiment ended just as it began – a good idea, but brought down to size by superior competition and poor development. 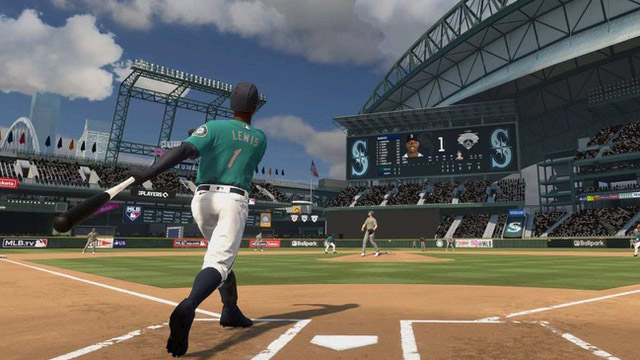 What Could’ve Been Done To Save It?
That’s an interesting question. In the face of MLB The Show, it would’ve been hard for the team at MLBAM to come up with a formula that worked. Perhaps it should’ve just stuck to basics – simply re-releasing the classic Tengen game that released so long ago with an updated roster, online play and maybe a few touch-ups to the visuals.
That alone would’ve made up for the crummy graphics and lacking gameplay we ended up getting after all these years, tarnishing the name of R.B.I. Baseball to the point that fans weren’t hoping to see it again anytime soon. It’s a lesson learned with the game industry these days – nostalgia along can’t sell a series. You need to put some serious effort behind it, too.
But all is not lost. The original games for NES and Sega Genesis remain triumphs, and great fun to play. The R.B.I. revival has, at the very least, brought attention back to those, and that’s a win in a field otherwise filled with losses. Hey, take what you can get when you can.
As for baseball, MLB The Show 22 is available now, and we’ll have our review soon!