“It will be a day long remembered.”

We’ve been joking about Lego Star Wars: The Skywalker Saga for what feels like forever. After all, it was supposed to come out way back in 2019 (or maybe even before that!), but kept seeing delay after delay. But as stories of potential crunch came around, we changed our tune and started hoping that the game would pay off, so that their efforts wouldn’t be in vain. And, fortunately, they are not.
Lego Star Wars: The Skywalker Saga lives up to the hype and then some, packing in nine huge movies into one fun compilation for all ages. It’s filled with laughs, great visuals, fun co-op support and exciting gameplay. Perfect it is not, as Yoda would say, as there are some dull moments and things you have to work to unlock. In all, though, it’s an effort worth enduring, particularly if you’re a fan of the franchise. And don’t fret about “I gotta buy this game again?!”, because it feels like a totally new experience.

Kick Some Brick
There’s a better emphasis to gameplay with Skywalker Saga, whether you’re aiming down your current firearm to shoot enemies (depending on your character), or landing a pretty sick combo with your newfound beat-em-up techniques. It’s very cool stuff, and you can get in some cool juggles this way. Not to mention that the controls are excellent throughout, even if some segments get a little hectic when it comes to enemy placement.
The difficulty is balanced just right as well. Some puzzles do take a little bit longer to solve, but with enough thinking, you’ll figure them out and maybe even find some amazing secret as well.
It’s an astonishing effort that will take you a great deal of time to get through.
You could go through the game solo and enjoy yourself. However, it’s built with co-op in mind. And it’s done very well here, as you and a friend can work your way through sections, teaming up either cooperatively or going at it competitively for the most bits in each stage. Having both these options available is a lot of fun. What’s more, it’s always fun to have a friend, especially during certain stages.
Oh, and did I mention vehicles are a blast in this game? The Death Star battle alone is fundamentally revamped in all the right ways. I love it. 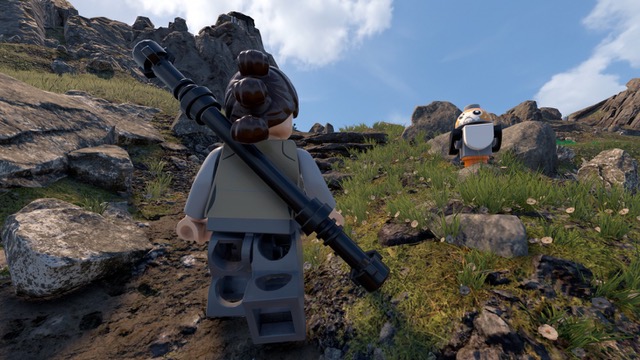 A Good Lookin’ Droid
I feel bad that Travelers Tales had to go through crunch to get this game properly done. However, their efforts, again, aren’t in vain, as Skywalker Saga is easily a triumph in terms of
visual beauty.
Obviously, the PS5 and Xbox Series S/X are the preferred versions, thanks to heightened details and frame rate. The game looks robust on these consoles, and the detail is staggering. But we wouldn’t dare sell the Nintendo Switch version short. It’s got some beautiful visuals as well, even with a lower frame rate. Plus you can take it on the go!
Not to mention the music is outstanding and right there on John Williams’ level (he did most of it anyway), and well timed with all the action happening on-screen. The voicework is sharp as well, between great voiceovers and original clips from the movies. Gotta love those authentic sound effects as well.
Finally, Lego Star Wars: The Skywalker Saga has longevity to spare. Along with getting through all nine movies (which takes some time in itself), there’s a ton to unlock, with over 400 characters in all and a heaping handful of secrets. You’re going to be busy for a while. 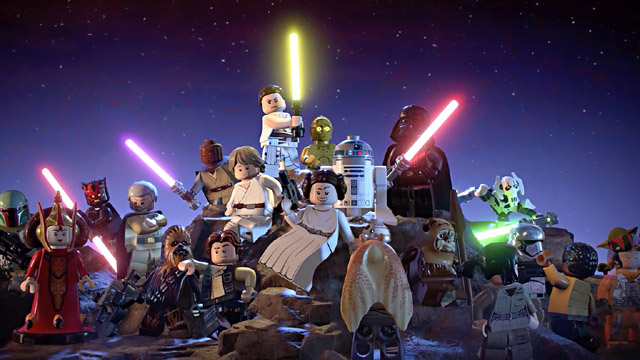 Use The Force
Even with some slight issues with its visuals and a few secrets that are tougher to come by Lego Star Wars: The Skywalker Saga feels like the most complete Lego game yet. And that’s saying something, considering the impressive work that Travelers Tales has done in the past. The graphics are excellent, and the sound is spot-on for Star Wars fans. Not to mention thegameplay is much better than before, and there’s tons to dig through.
If you’re a Star Wars devotee, this is a must-have. If you’ve got family looking for a great new game to discover, this is a must-have. If you like fun video games in general, this is a must-have.
I have spoken!

The Bottom Line: Lego Star Wars: The Skywalker Saga sure took its time coming out, but, man, it has proven to be worth the wait. (That’s even with The Last Jedi.) 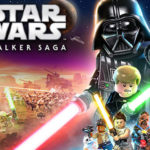