The best thing you can connect to your PlayStation 5.

The PlayStation 5 and Xbox Series S/X come with a pretty decent HDMI cable, capable of showcasing some of the best visuals you can get out of games on that system. But what if you need something more?
After all, 8K TV’s are on the rise, and sometimes games are so powerful, you want to get the absolute best from the system – and the basic cable just isn’t getting the job done.
Enter EZQuest’s Ultra HD High Speed HDMI 10K 60Hz Cable. Going for a mere $19.99, this cable looks like it means serious business – and backs it up with some serious power.
With the help of HDMI specification 2.1 (it’s a bit technical, but that’s high class level), the cable can support a number of higher video resolutions and refresh rates. This means being able to handle 8K up to 60Hz, as well as 4K up to 120Hz. You may not notice with the regular cable, but with games that support it, that kind of resolution can make all the difference. 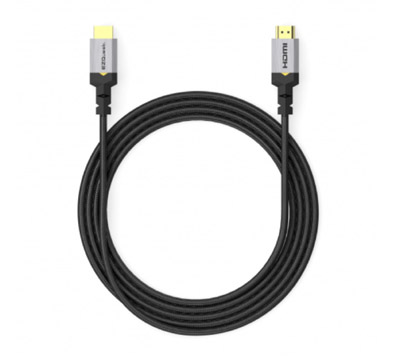 Plus with a high end cable, you’ll notice bigger refresh rate when it comes to reaction with the games you’re playing. This is mainly due to the increased bandwidth capacity, which goes up to 48Gbps. Again, you’ll need a high-end TV to really notice this, but we were surprised how much performance improvement came from it, especially with the latest Uncharted collection that
released earlier this year, as well as with Ghost of Tsushima: Director’s Cut. The visuals are astounding, and EZQuest’s cable enhances this a little bit further.
In addition, auto low latency mode is also activated. With it, you can automatically set up different entertainment apps that support a higher-end format. For instance, if you’re watching 4K-enabled movies on your game device, you can see the resolution right off the bat, instead of having to make adjustments. That’s pretty nice, especially when all you want to do is watch Spider-Man: No Way Home without any technical interruptions. 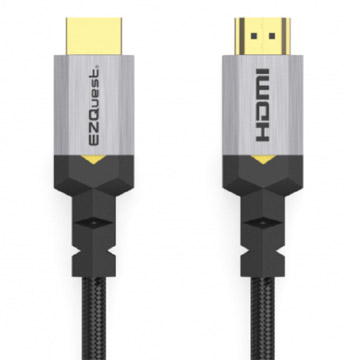 Plus the cable itself is nicely built. You’ve got a nylon braided outer sheath, so that the cable can’t easily be frayed. In addition, there are strong aluminum connector housings. So even if the cable somehow slips out with an accident, it plugs right back in without losing any of its connecting quality. (Granted, you don’t want to jerk it around too much – it’s still a high-end piece of tech here.) But it’s built to last, and EZQuest backs it with support, just in case something goes wrong.
We know that you normally don’t look into alternate HDMI options, especially since your beloved system already comes with one. However, if you really want to get the most out of your game system and your new television, you can’t go wrong with EZQuest’s cable. It’s amazingly built and really brings the most out of next-gen gaming performance. Heck, we may need another just to keep up with all consoles across the board!
You can get it here at Amazon.
We’re giving away a game console of your choice! Find out how to win here.